The oldest building owned by TU Delft has been sold. The striking Mining Engineering will become engineering company Royal HaskoningDHV’s office. The Science Centre will move.

In line with the recent campus strategy, and after Gele Scheikunde, TU Delft is now selling the former Mining Engineering (Mijnbouwkunde in Dutch) building. The building in TU Noord, the surrounding land, the car park at the back and the courtyards will become the property of the engineering company Royal HaskoningDHV on 1 January 2022. 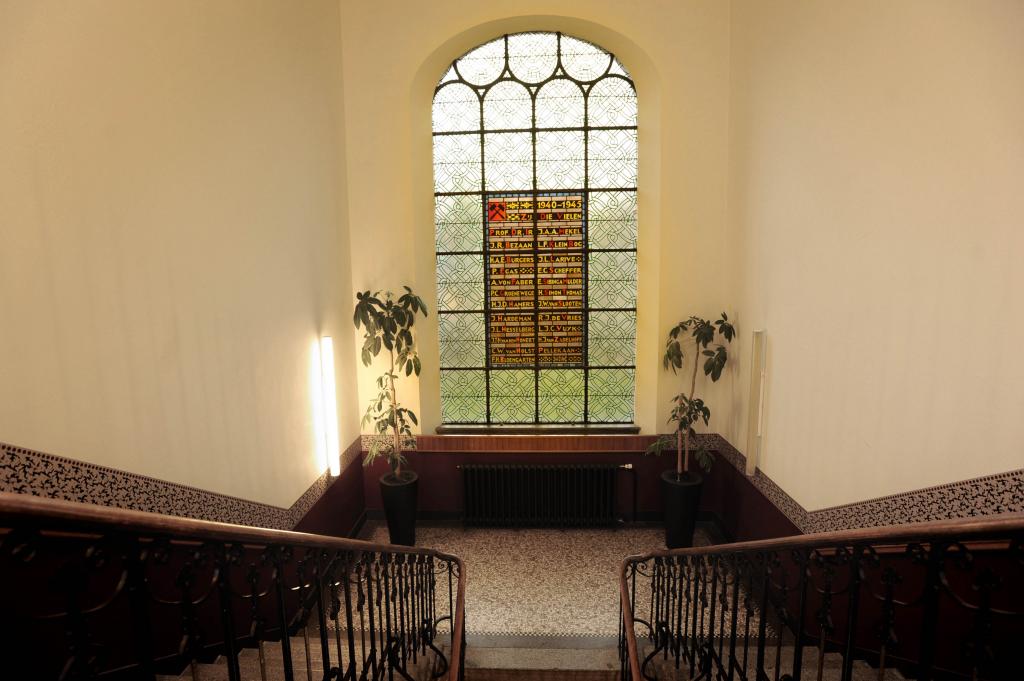 The staircase in the Science Centre. (Photo: Tomas van Dijk)

Reducing the square metresTU Delft is working towards using its property more efficiently. Buildings that it considers unsuitable anymore, such as Gele Scheikunde and Mijnbouwkunde, will be disposed of. In 2018, the order was issued to sell the building. A few entities expressed an interest, though TU Delft is not naming them.

TU Delft has found a new owner in Royal HaskoningDHV. The engineering company, that will merge its current offices in The Hague and Rotterdam, is intending to thoroughly renovate the building. One of the reasons that TU Delft is leaving Mijnbouwkunde is that it is not energy efficient, but that is not stopping Royal HaskoningDHV from coming up with an ambitious plan to cut its energy consumption.

TU Delft is not stating the sale price of the building, only, in the words of a spokesperson, that “the building is being sold at the market rate for the location and the quality of the building”. The engineering company expects to start renovations during the course of 2022.

Royal HaskoningDHV is familiar to TU Delft. ‘They are already involved in several research projects, various field labs (practical spaces where students, researchers, companies and knowledge institutions can develop, test and roll out solutions, eds.), in the start-up incubator YES!Delft and in course content. The future physical proximity will ensure that we can further build on this intensive collaboration,’ said Rector Magnificus Tim van der Hagen in a written response. 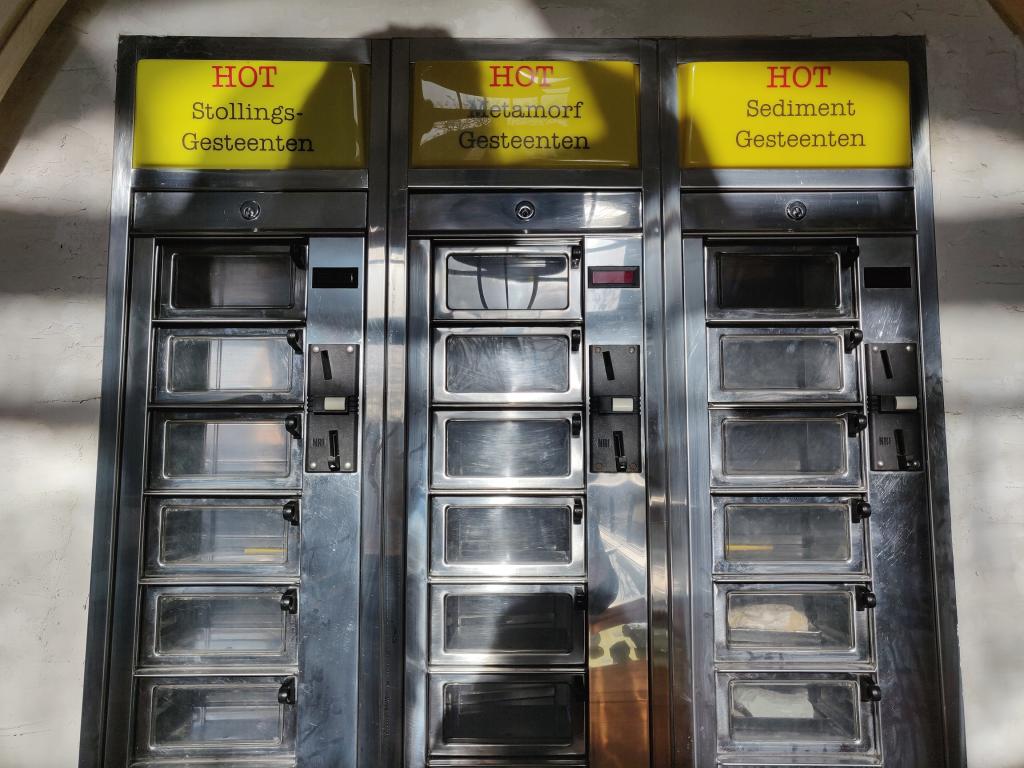 Rocks in a snack machine, to be seen in the Science Centre. (Photo: Marjolein van der Veldt)

Future Science CentreAt present, Mijnbouwkunde is the home of the Science Centre and a few external tenants. All the occupants were informed of recent developments on 3 March. “The Science Centre staff already knew that the building would be rented out or sold,” said Director of Communications Joost Ravoo. “We have discussed various scenarios with them over time. It was not a new thing for them, what is new is that it is now definite.”

TU Delft staff will move to a different location on campus before 31 December 2021. TU Delft is working with the Municipality of Delft and the ASR Dutch Science Park Fund to find alternative accommodation for the other tenants in the building. In doing so, TU Delft is hoping to retain the companies on campus and the employment opportunities within the borders of the municipality of Delft. 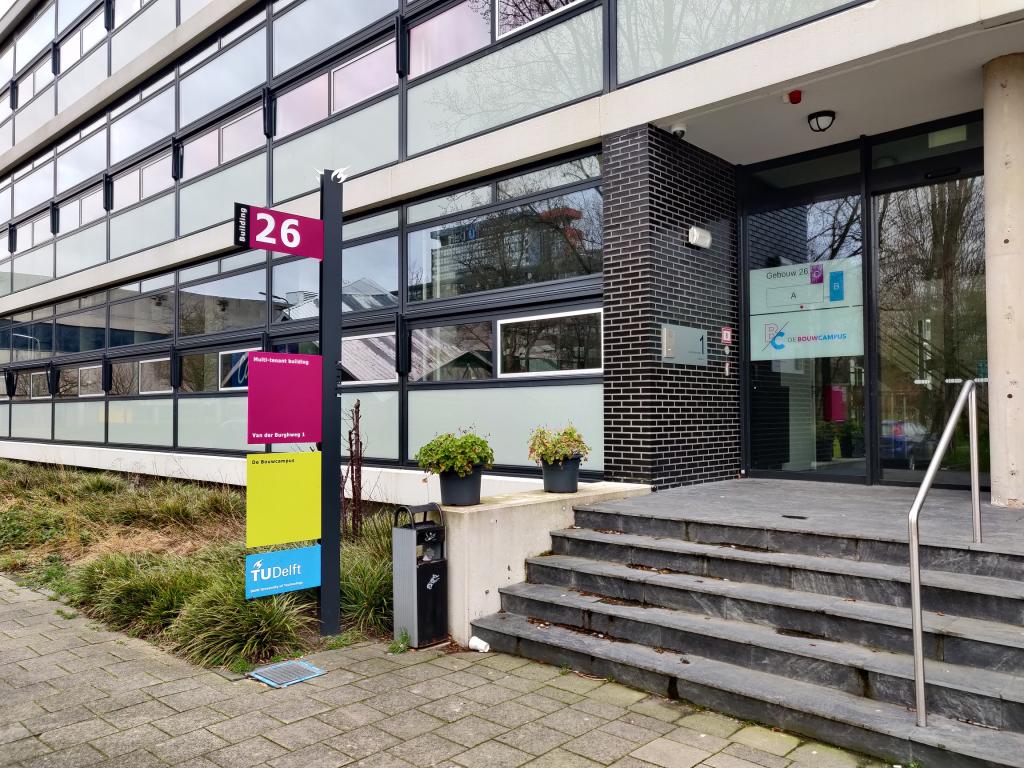 The entrance to the Bouwcampus, a possible new location for the Science Centre. (Photo: Marjolein van der Veldt)

What will happen to the Science Centre? It is part of TU Delft and will remain so, says Ravoo. What will change is its physical set-up as this is strongly linked to the current building. “We are looking for a space on campus for the educational part – where primary and secondary school children can do activities and projects – and the production part. We expect to put together an exhibition so that visitors can quickly get a new impression of TU Delft. It will also feature contemporary research and valorisation, which are not included in the current set-up.” One of the locations under consideration is the Building Campus on the Van der Burghweg. “But the final decision has not yet been made.”

Wherever the Science Centre is placed on campus, geographically it will be further away from the city centre. This is why TU Delft is considering a second museum location. Ravoo says that “at the moment we are in discussions with the Municipality of Delft and with some major players in Delft such as DSM, Deltares and the Reinier de Graaff hospital. We hope to show changing exhibitions called the ‘Innovation Gallery’ in the yet to be built ‘Huis van Delft’. Part of its role will be to show the history of TU Delft and our connection to various entities in the city.”Special collections
Where will the special collections such as the mineralogical and geological museum, the research room of Professor Beijerinck and the Vening Meinesz hall go? Ravoo says that there are not yet any options. As the collections are sometimes the property of different foundations, receive sponsorship and the Library takes care of TU Delft's Academic Heritage and Special Collections, TU Delft will first discuss this with them. “We will jointly see if there is space at our new locations or if we will house the collections elsewhere. The Executive Board is actively involved in this.” 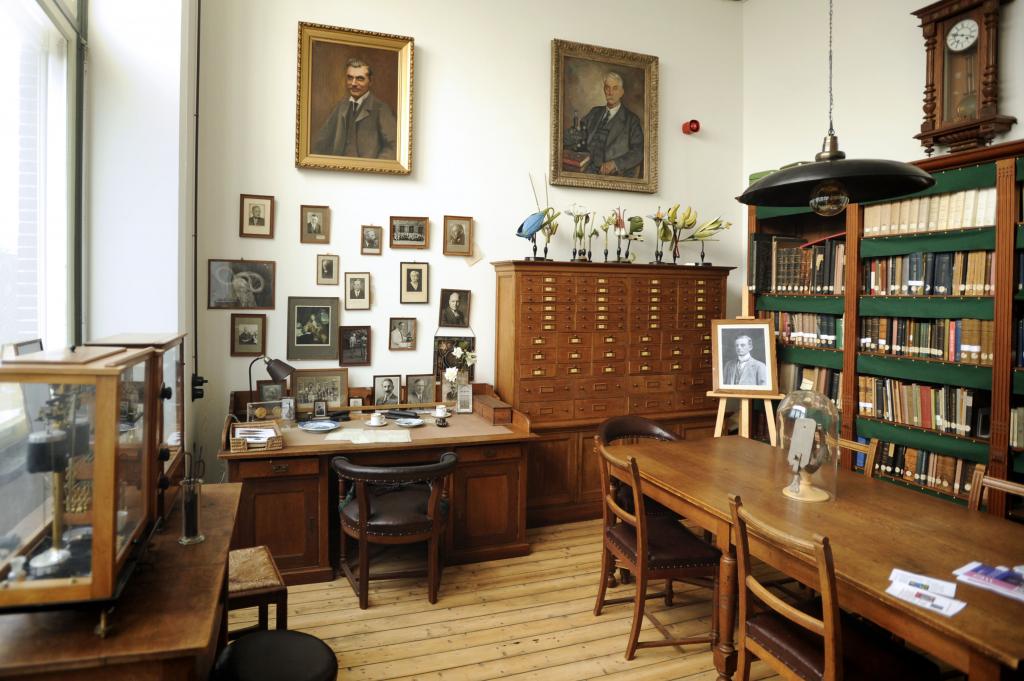 MobilityThe sale of Mijnbouwkunde to Royal HaskoningDHV will affect many entities, including the Municipality of Delft. The Municipality played a support role in the sale of Mijnbouwkunde. “Royal HaskoningDHV had informed us more than one and a half years ago that they wanted to move to Delft,” says Councillor of Economy, Culture, Land and Property, Bas Vollebregt. “It is a unique opportunity for the city as this may only happen once in 30 years. They viewed several buildings, but the building on the Mijnbouwstraat emerged as the best option.”

There will also be knock-on effects for the city. For example, what are the implications for the already tight housing market and traffic flows? The arrival of 800 Royal HaskoningDHV employees may not have a direct impact on the housing market in Delft, but the expected number of commuters will definitely affect the mobility density in the TU Noord neighbourhood. “The Municipality and the buyer are thinking about good solutions that fit within the framework of the mobility policy for the whole city.”

Dean Theun Baller bids 3mE farewell after 10 years. How does he look back at his time there? A chat about space, diversity, the future and why the name 3mE will disappear.