TU Delft researchers Bart van Straten and Tim Horeman are men on a mission. They are working to reduce the stupendous amount of medical waste. 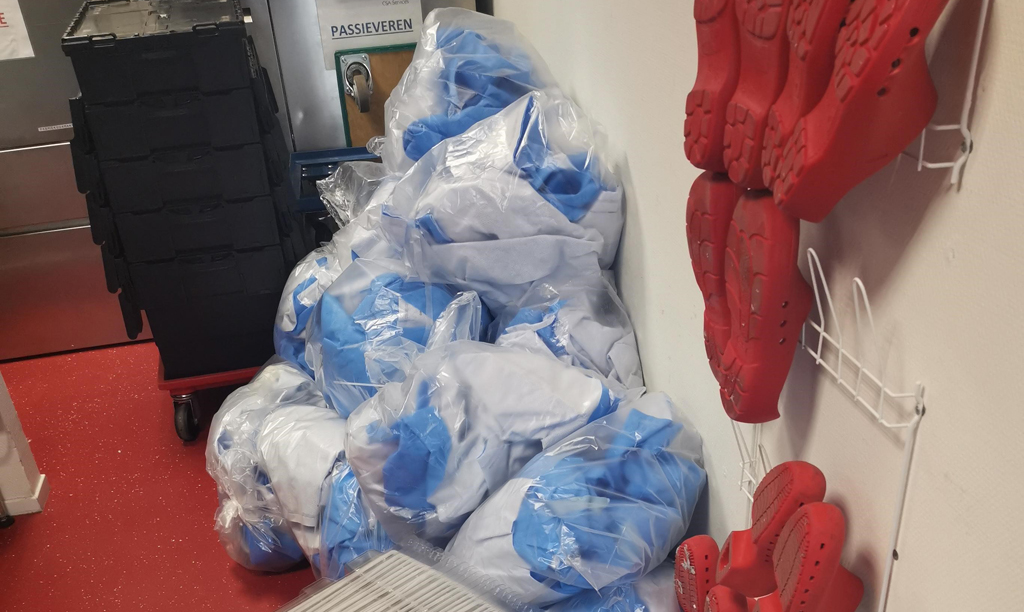 Visit an operation theatre and the first thing you’ll notice is the large number of blue plastic sheets and bags everywhere - three for every patient. A recent study measured 8.4 kilograms of waste generated per patient per day in the USA. Much of it is disposable, to be incinerated after a single use. Hospitals account for 7-8% of the country’s CO2 emissions. Furthermore, the throwaway culture is costly and far from circular.

In the past, most people working in the sector accepted the wasteful material nature of their job and concentrated on the medical side instead. But that has started to change. Gynaecologist Frank Willem Jansen (LUMC, TU Delft and Medical Delta chairman) was one of the initiators who called for research to reduce the ecological footprint of medical practices in 2019.

In contrast, most of the medical suppliers are not very interested in reducing waste streams. In the case of medical disposables, reducing waste even undermines the supplier’s business case.

Previously, Bart van Straten and his brother worked in their family surgical instruments business, mostly repairing and remanufacturing them. At a certain point, someone told Bart that he was “working circular”. He decided to dedicate his time to researching the reprocessing of surgical waste and discussed this with Dr Tim Horeman (Biomedical Engineering at the 3mE Faculty). They set up a line of research that focused on circularity and sustainability. 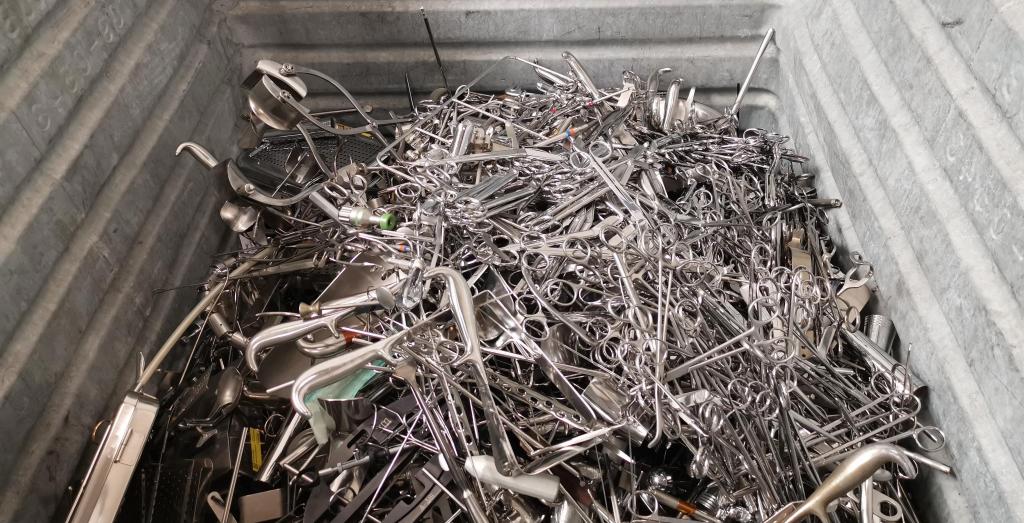 Because the throwaway culture is very much alive in most hospitals, they suspected that servicing and repairing discarded instruments would potentially be a gain for sustainability and cost reduction. Typically, these instruments are dumped and the hospital has pay to get them incinerated.

In a study titled A Circular Healthcare Economy, Van Straten and Horeman followed 1,380 kilograms of instrument waste. About 20% of it could be refurbished, saving almost EUR 40,000. The rest of the material was sold as stainless-steel scrap for about EUR 1 per kilogram. Total savings: EUR 41,000. 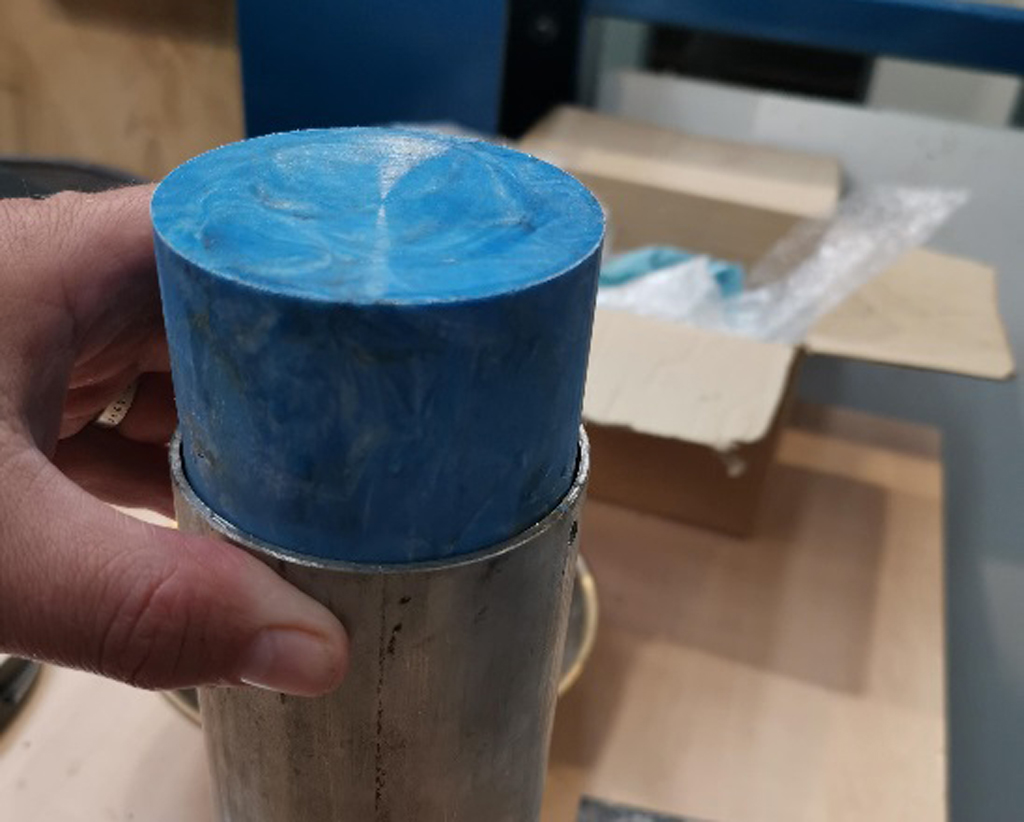 After they teamed up, they extended their focus to plastic waste – the blue curtains and wrapping ‘paper’ used in hospital sterilisation departments and operation rooms. Never shy to experiment, they built an experimental furnace in one of the labs at TU Delft. The blue-coloured polypropylene waste can be melted there, and directly extruded into bars, flat plates or strips to be used as base material for new medical products. 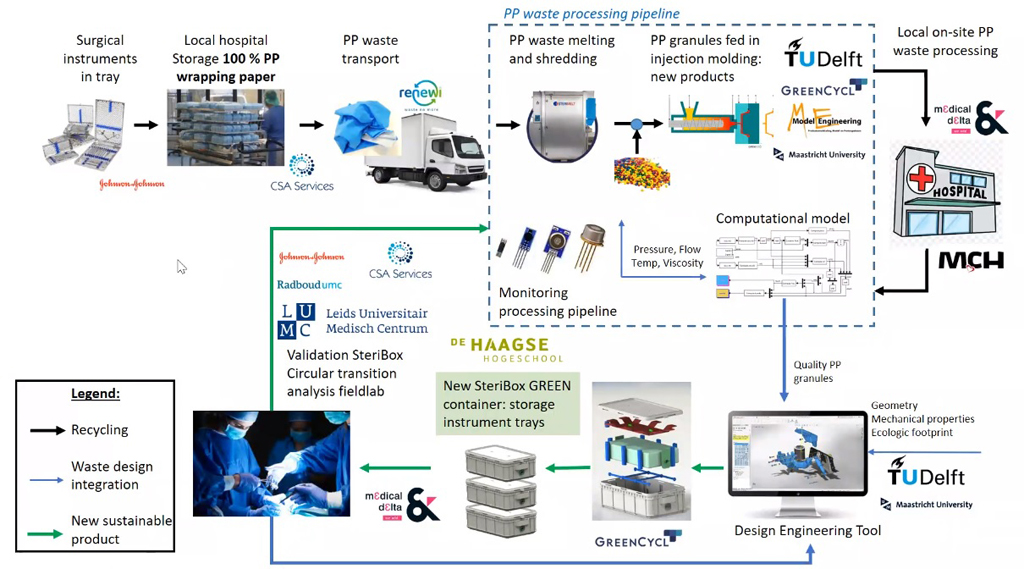 “It’s practical, and it’s scientific research at the same time,” says Horeman. Plastics experts told them that it was not possible to recycle 100% of the polypropylene waste for direct reuse. But now, they are recycling sterile wrappings into new instrument handles and other components for surgical instrument trays and instruments. “We simply adapted the design and functions of components to the obtainable properties of the recycled materials,” Horeman explains. “This way, the knife cuts in more ways than one.”

Their initiative for a greater circularity is starting to find support. They started collaborating with Johnson & Johnson and Renewi to collect electronics and stainless steel parts from the firm’s disposable instruments (worth up to EUR 3,000) for reuse. They are also working towards creating a Medical Delta Field Lab for ‘Circular Surgery’ that should become an expertise centre for sustainability and circularity in healthcare.

Meanwhile, Van Straten Medical and GreenCycl started a circular business model for surgical medical instruments. Instead of buying instruments, clinics rent them all-in: instruments, repairs, maintenance, sterilisation and transport. As could be predicted, the alternative model benefits newly established clinics who can save on the investments. But the real savings, of course, are the reductions in waste. 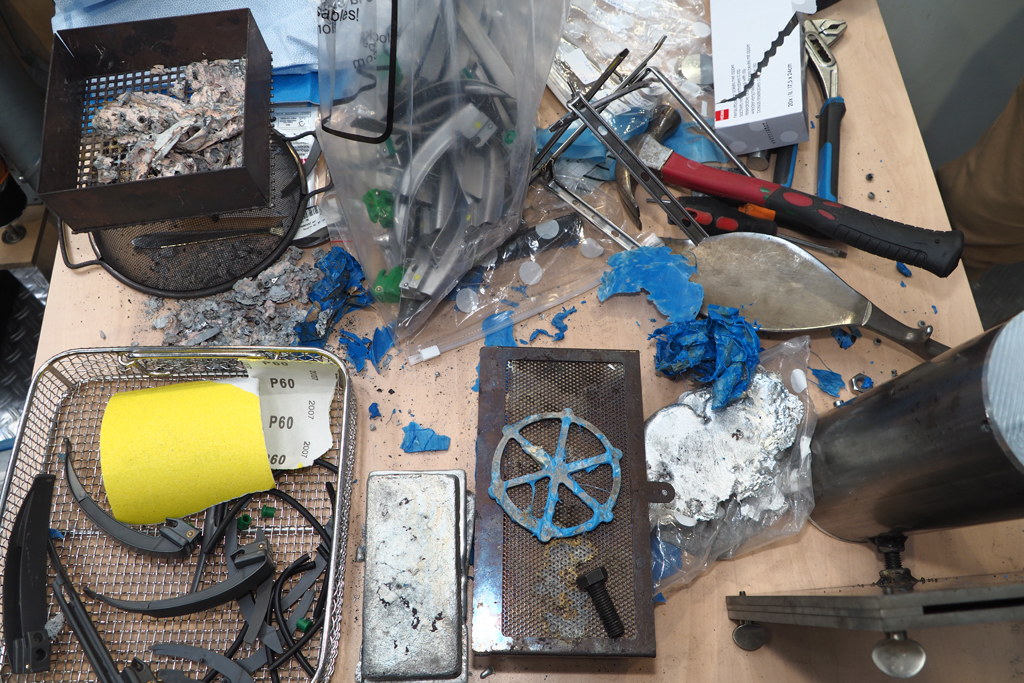