Virgin Orbit launches satellites from a Boeing. On Monday, a launch starting in Cornwall went wrong. What does this mean for the European satellite industry?

The launch in Cornwall (United Kingdom) of a LauncherOne rocket attached to a Boeing 747-400 called Cosmic Girl on Monday 9 January 2023 should have been a historic launch. It was to be the first time that a satellite would be launched into orbit around the earth from West Europe.

The Virgin Orbit company, owned by billionaire and former record company owner Richard Branson, offers a flexible and small launch pad that could turn any airfield into a spaceport. This is how TU Delft researcher Dr Stefano Speretta (Faculty Aerospace Engineering, AE) explains Virgin Orbit’s work. Speretta was involved in the production of a defence satellite called BRIK II that was launched into space in Virgin Orbit’s first commercial launch in June 2021.

“BRIK II was a great success and went without a hitch,” remembers Speretta. “There were four successful launches and two that did not go that well. These were the first and the last launches.”

Second stage
The latest failed launch was captured by chance by a meteorite camera on Monday. “The re-entry of the upper second rocket stage carrying the satellites in the Cornwall launch was filmed from Lanzarote, one of the Canary Islands, a few minutes after the launch,” explains Marco Langbroek. He is a space situational awareness specialist at the AE Faculty and closely monitors events in aerospace. “This observation is in line with the launch path. It is believed that the entire thing returned to the atmosphere north of the Canary Islands, broke up and burnt out. There is probably nothing left of it. And should anything have fallen to earth, it would have been at the same latitude as the Canary Islands and have fallen into the Atlantic Ocean.” 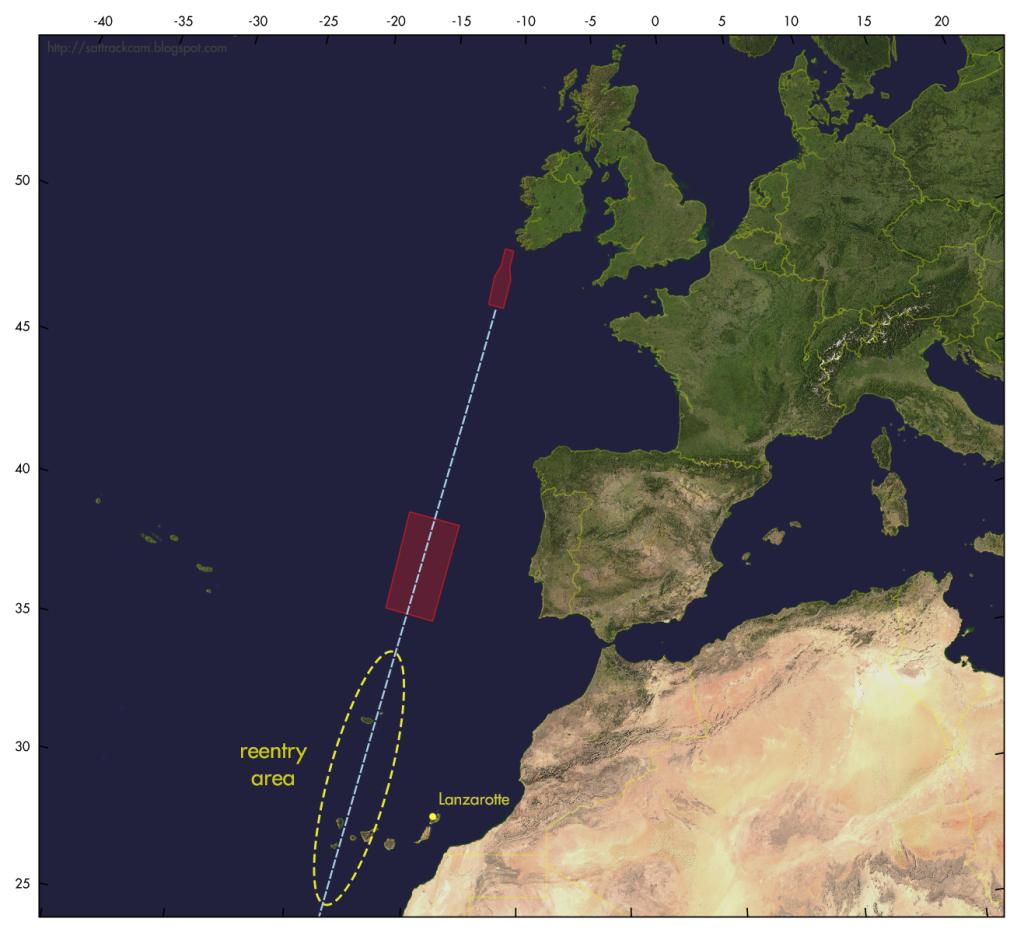 Langbroek reconstructed the launch and the crash of the Virgin Orbit flight. The Boeing first flew in a westerly direction from Cornwall to gain altitude. (Illustration: @Marco_Langbroek /Twitter)

What does this say about the cause? “It suggests that something went wrong with the rocket’s second stage. It did not work properly so the whole thing could not get the speed it needed to orbit the earth. It then dropped back into the atmosphere. Whether this was caused by a lack of thrust or by the control systems is uncertain. Virgin Orbit will have to check the telemetry to determine this itself. But it is highly likely that there was a problem with the second rocket stage.”

Confidence
Speretta sees much discussion on Twitter about the very existence of Virgin Orbit. “Virgin Orbit is up to its ears in debt. Branson is continuously selling shares in his other businesses to keep Virgin Orbit afloat.”

CNN Business reported that Virgin Orbit stocks dropped by an initial 9% and then by an additional 28% on Monday. But as the satellite industry is growing enormously, they will probably rise again at some point.

“If Virgin Orbit can do dozens of launches a year, the company will be successful,” estimates Speretta. “That will generate enough of an income to cover the losses. However, one bad launch means that people lose confidence. Compare this to SpaceX. SpaceX launches a rocket every six days and 160 successive boosters have already successfully returned to the launch pad. This is an unbelievably reliable record.”

Does this mean an end to satellite launches in West Europe? Langbroek does not think so. “Apart from Virgin Orbit, there are other plans to launch satellites from Europe, among which is from the Shetland Islands. We also have the European Space Agency (ESA) which launches from French Guyana instead of Europe. The crash may be bad news for Virgin Orbit, but it is not so for the European satellite industry.”