Since Thursday morning, students have occupied a building site on the Wageningen University campus, where a new branch of multinational Upfield is to be built. They fear for the independence of education and research. 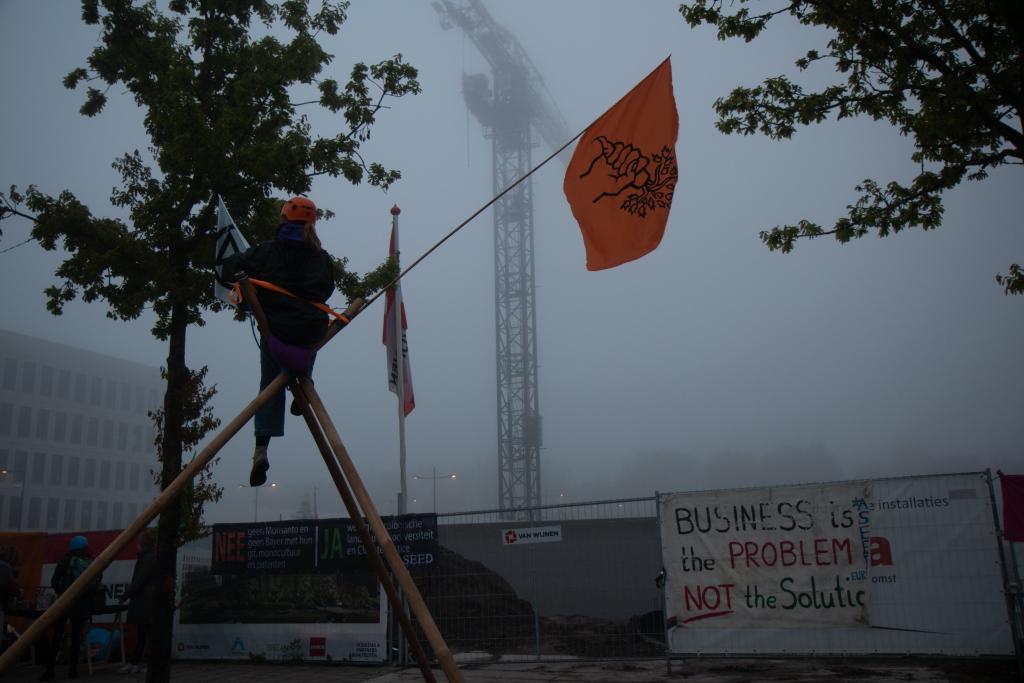 The action is an initiative of Wageningen students and the protest groups Extinction Rebellion, University Rebellion and XR Landbouw. After Friesland Campina and Unilever, Upfield is the third large company with its own building on the Wageningen campus, they write in a press release. They fear the influence of these parties on education and research and demand that the university puts an end to the cooperation.

Challenges
Annet Blanken, spokesperson for the university, is "highly surprised" that the protest is taking place. "We have just planned a meeting for next week to talk about the cooperation with industry. We have invited all kinds of parties for that and Extinction Rebellion is also participating." (HOP, EF)