Young, well-educated people are more likely to find a job again. After a peak of 9 percent unemployment in the summer months, that share dropped to 5.5 percent by the end of 2021, according to figures from the Dutch Bureau of Statistics (CBS).

Just before the corona crisis broke out, unemployment was quite low compared to previous years.

Unemployment highly educated up to 25 years

Highly educated people find it easy to find a job, compared to their peers. The difference with the lower educated is particularly striking. (HOP, BB) 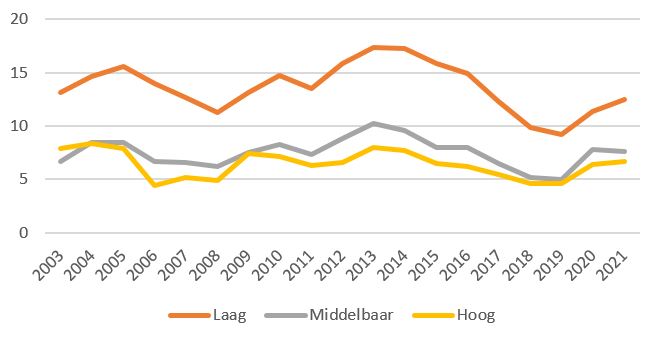