Although work has started on the construction of the tramway on the Sint Sebastiaansbrug (in Dutch), the tram will not be crossing TU Delft campus this year either. According to the municipality of Delft, the construction is - again - taking longer than expected because the trams are being fitted with a new system to counteract electrical radiation.

Vibrations
It was known from the start that the vibrations caused by a moving tram could disrupt scientific research at the Faculty of Applied Sciences (AS) on the Mekelweg. The use of a newer type of tram that causes less vibration, is not the perfect solution either, however. While driving, this Avenio tram (in Dutch) produces high electrical radiation that could disturb sensitive research systems on campus. 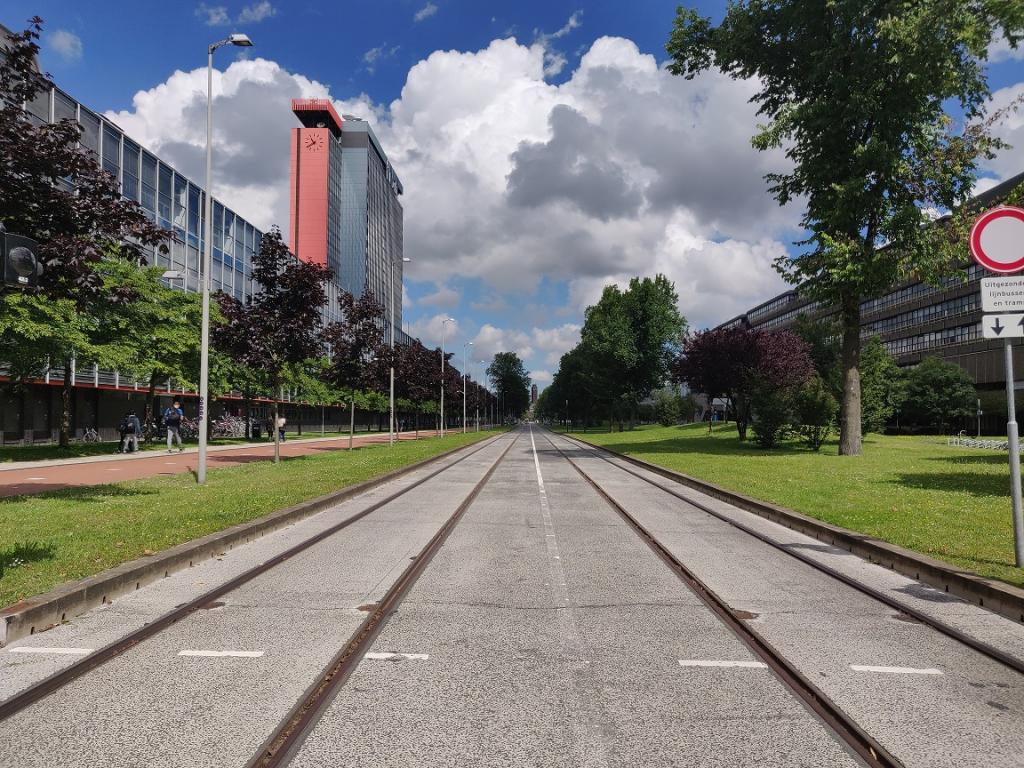 Turnaround loop
In order not to disturb research with radiation, it was decided earlier that the route would be shortened. Initially, the tram would continue to the southernmost point of the campus, where, in addition to the Reactor Institute, the faculties of AS, Aerospace Engineering and Technopolis business park are located. The last stop is now at sports and cultural centre X, where the tram returns to Delft Station via a turnaround loop.

TU Delft and the Metropolitan Region of Rotterdam Den Haag (MRDH) are now working together on a new system to prevent electrical radiation, but that is still a long way off. According to the latest prognosis, the tram line on the campus will be put into operation at the end of 2023. That would be sixteen years later (in Dutch) than the municipality predicted in 2004. (MvdV)