In seven years time, the total study debt in the Netherlands has doubled to 25.7 billion euros. Among young people, study debts of EUR 20.000 are now normal, new figures from CBS show. As of September 2015, the basic grant was abolished for new students in higher education. The total student debt was then 12.7 billion euros. 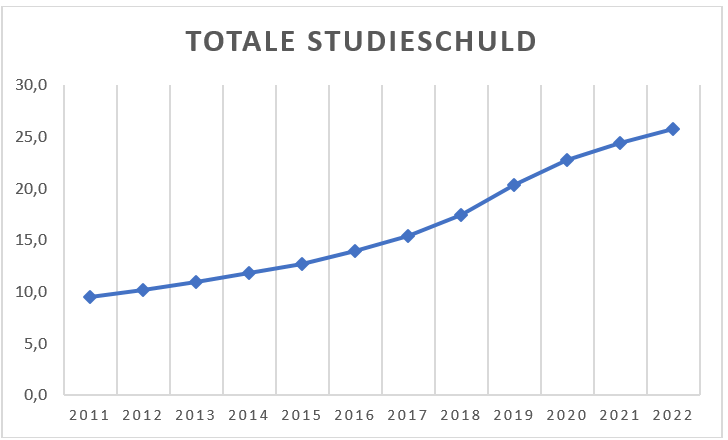 Men borrow slightly more than women. At the beginning of 2022, men's study debt averaged EUR 16.200, while for women it was EUR 15.500. That average includes small debts of first-year students, for example.

As of September 2023 a basic grant will be re-introduced. Students on the loan system will receive a small allowance of 359 euros a year, once they graduate. (HOP, BB)