Statistics Netherlands: a disability has an impact in higher education too

People with a mental or physical disability are less likely to pursue higher education and are also less likely to graduate, according to figures from Statistics Netherlands. 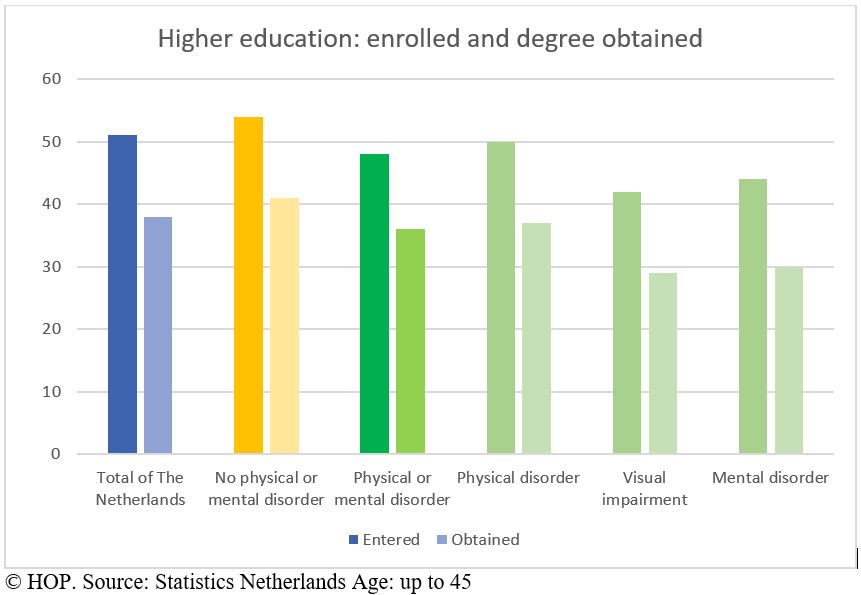 Around two million people in the Netherlands have a disability. The Netherlands ratified the UN Convention on the Rights of Persons with Disabilities in 2016. This convention aims to ensure that society does not put any unnecessary obstacles in their way. (HOP, BB/Translation: Taalcentrum-VU)