Public transport strikes on 19 and 20 January: fewer busses in Delft

Those coming to the campus by public transport on Thursday and Friday should pay attention. Trade union FNV has called on staff to strike for higher pay on 19 and 20 January. As a result, there will be less public transport. That also affects EBS buses in Delft, including line 69 to the campus.

Because it is likely that only part of the staff will strike, it is not yet known exactly which buses will be cancelled. This will be notified last minute tomorrow and then processed in the travel planners and on 9292.nl. The advice is to plan your journey as late as possible, or to travel with alternative transport.

NS trains, HTM trams and buses (The Hague) and RET metros and trams (Rotterdam) will run as normal, as will the tram in Delft. Their staff are covered by a different collective labour agreement and therefore do not strike. (Delta, RvdW) 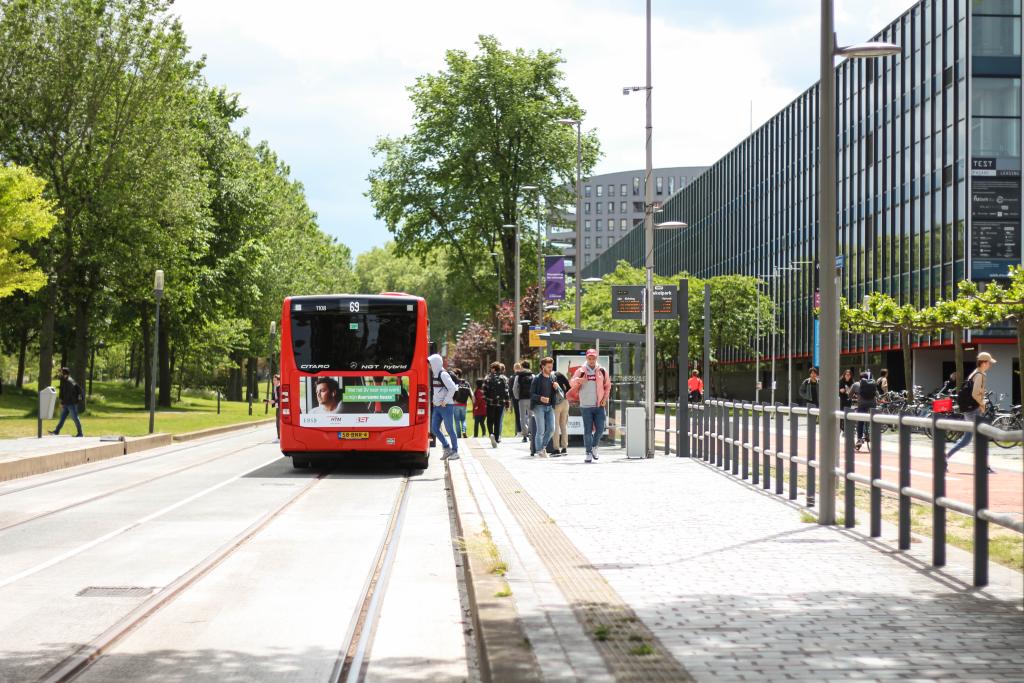 This bus may not run next thursday and friday. (Photo: Justyna Botor)