Maastricht University gets ransom money back

Part of the ransom paid by Maastricht University to cybercriminals in 2019 has been recovered in Ukraine. The university is now going to get money back. Hackers had taken Maastricht systems hostage in December 2019 and demanded two tons of ransom money. The university paid that amount in bitcoins to give students, researchers and other staff access to their data again.

A search by the police and the Public Prosecutor‘s Office led to a 'wallet' in Ukraine in 2021. Local authorities seized this wallet containing 40 thousand euros in bitcoins. The price has risen in the meantime and the digital coins are now worth 500 thousand euros. So Maastricht makes 'profit' on the ransom money, but according to the university you can't call it that: the total damage of the hack was bigger. Once the university has the money, it will go to a fund benefiting 'students in need’. 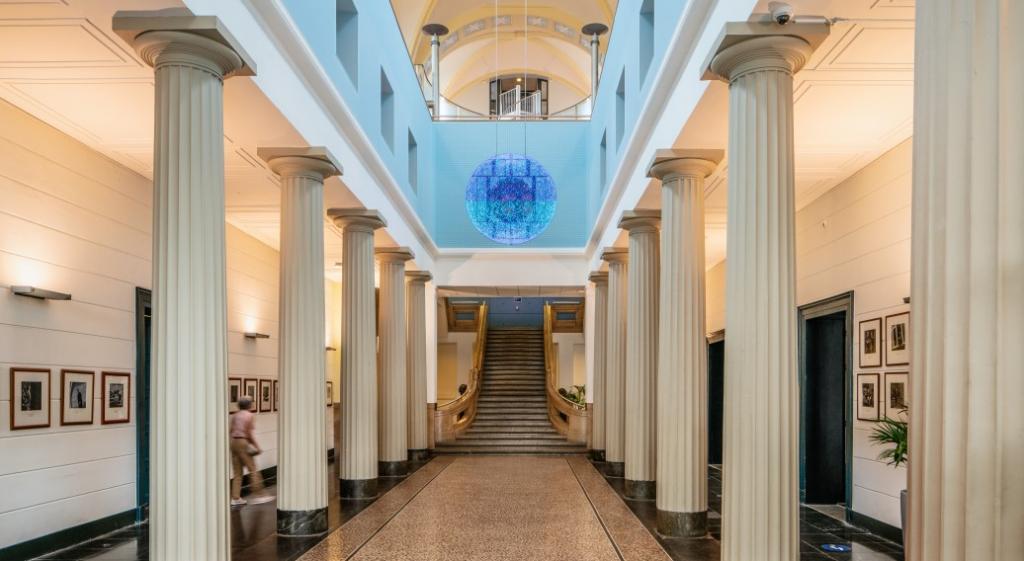 This year, Maastricht put up a work of art by Richard Vijgen to commemorate the hack: Eternal blue, named after the burglary software used: a kind of blue globe with lights depicts the hacking attempts that the university has to reject, some ten thousand a day. (Photo: Philip Driessen)

The Dutch newspaper Volkskrant made a reconstruction (in Dutch and behind paywall) of the search. It was laborious and time-consuming, it says. The perpetrators were not found. Because of the investigation, in which Maastricht participated, two other unnamed Dutch universities escaped a hostage situation. The hackers had already penetrated their systems, but had not yet distributed the hostage software. (HOP, BB)