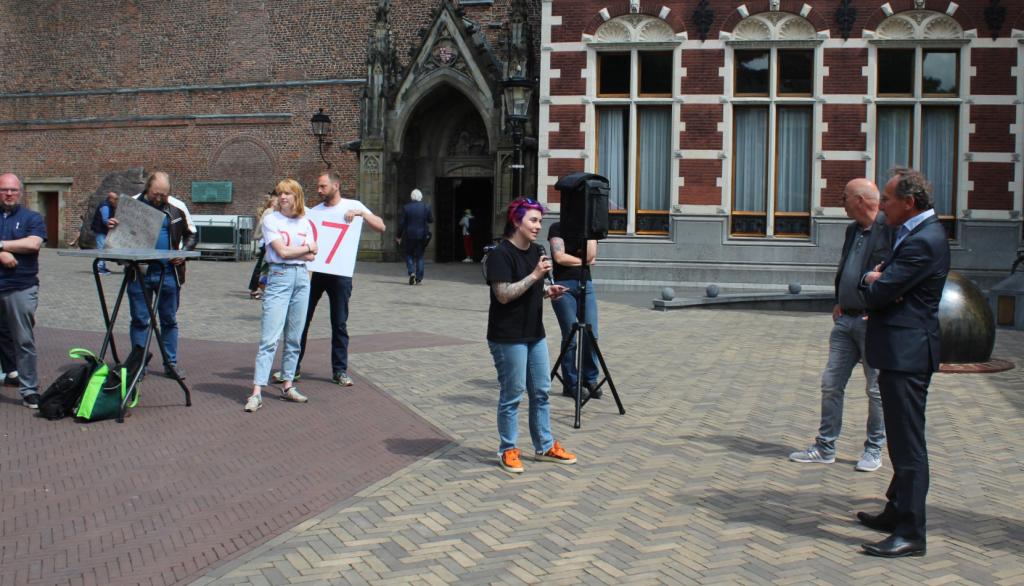 On the Domplein in Utrecht, the demonstrators handed over a symbolic ‘temporary contract’ to the Free University of Amsterdam Executive, Marcel Nollen, who is also the collective agreement negotiator on behalf of the universities. The current CAO, which expired on 1 April, contains agreements on reducing temporary contracts, but these only apply to university lecturers (UDs), senior lecturers (UHDs) and professors. The other lecturers and researchers are not affected. (HOP)