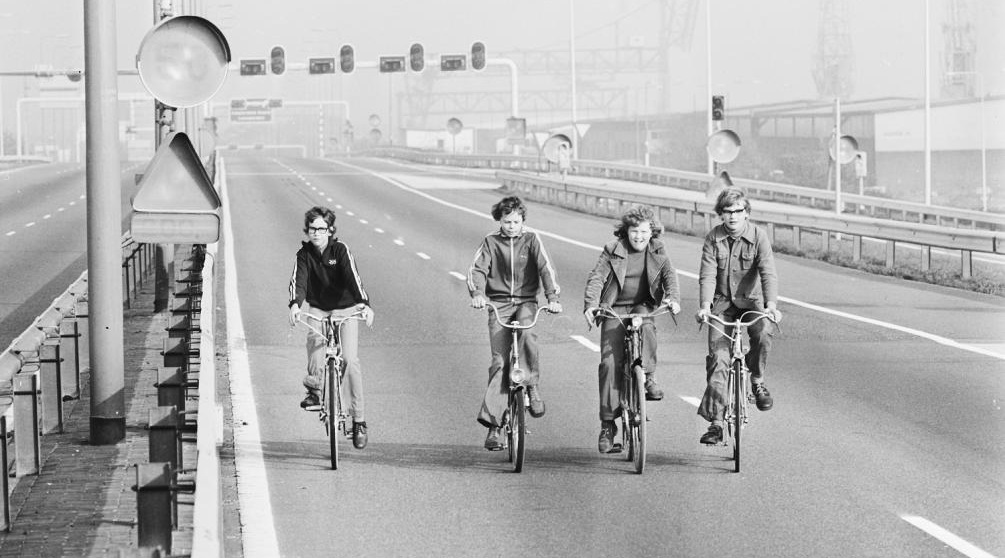 Cycling on the motorway was possible and allowed on 10 car-free Sundays in 1973/74. (Photo: Rob Mieremet / Anefo, Nationaal Archief)

Will the car-less Sundays return? If it were up to the International Energy Agency (IEA), yes, especially in cities. It is one of the 10 proposals that the Agency has made to deal with the impending energy crisis, writes the Noordhollands Dagblad (21 March 2022). Senior citizens remember the car-free Sunday from 1973, when the Netherlands had to deal with an Arab oil boycott.

In the newspaper, Bert van Wee, Professor of Transport Policy at the Faculty of Technology, Policy and Management, explains that car-free Sundays in large cities can have an effect on oil consumption. "Certainly if it is for a longer period. A few Sundays won‘t make a difference, but over a longer period it will." He understands the IEA’s focus on cities. "The effects there are the greatest and there are good transport alternatives.”

Car-free Sundays not only help to - slightly - reduce dependence on Russian oil imports, they also support climate targets, both the IEA and Van Wee believe. "There are cities in Latin America where they have introduced it for no particular reason, purely because it is nice to do leisure activities in clean air. Moreover, now is a good time to do it. Didn't Churchill say: never waste a good crisis?"