Girls and technology: it can be done elsewhere

In Germany, Italy and Greece, almost twice as many girls choose a STEM study programme (STEM stands for science, technology, engineering, mathematics) as in the Netherlands. This emerges from the annual report Education at a Glance by the economic cooperation organisation OECD about the differences between the member countries' education systems. Because the researchers have to collect data from all over the world, the report is always a few years behind. The effects of recent policies are not visible.

Women
The figures on women in STEM, for instance, are from 2019. But they are interesting. The Netherlands has been doing its best for years to interest prospective students in STEM, and there are targeted recruitment campaigns, such as Girls' Day, especially for girls. This appears to be having some effect: in 2013, 8.3 per cent of female students attended such study programmes and six years later the figure is 11.5 per cent. Nevertheless, the Netherlands is still at the bottom of the list. 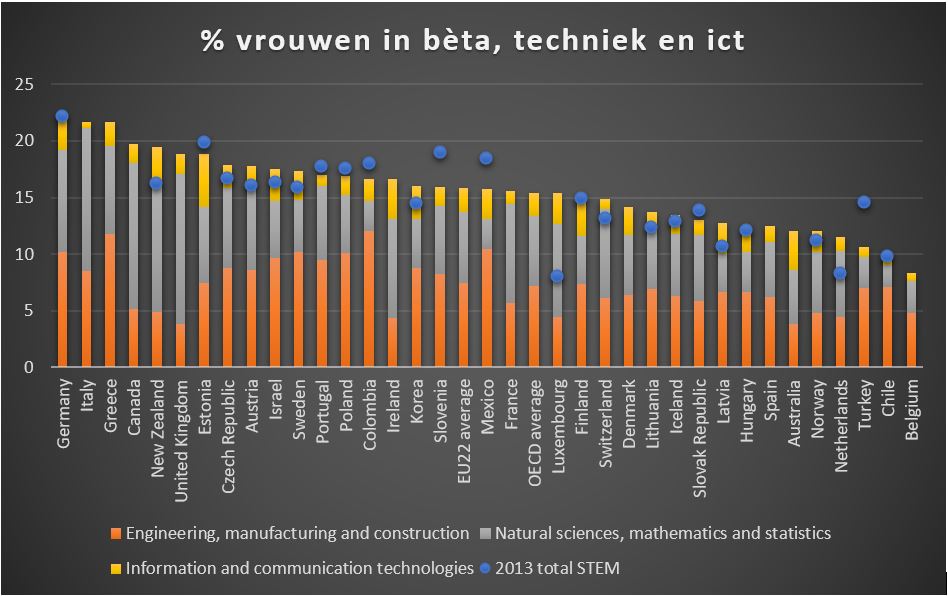 What percentage of men and women will obtain their first higher education degree before the age of 30? In all countries, women graduate earlier than men, but in the Netherlands the difference is relatively small. (HOP, Bas Belleman) 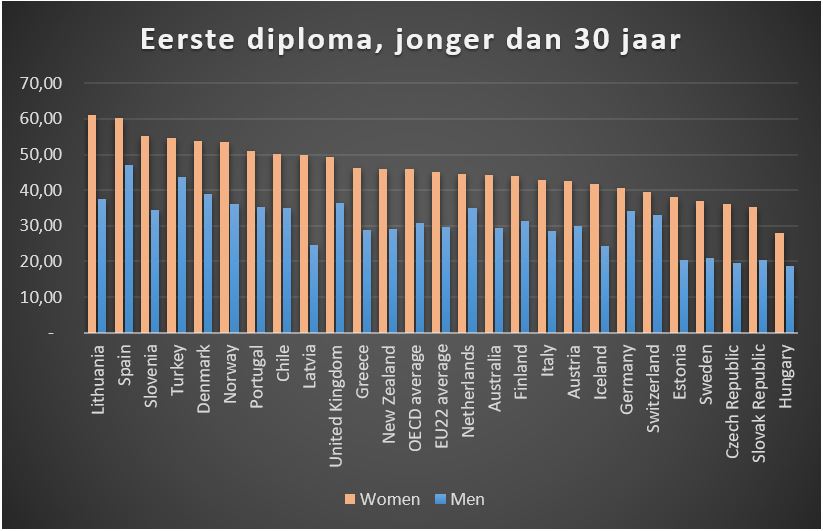