The entire country of the Netherlands is sinking (fast)

Slanted houses, sinking streets, shifting dikes and drying up areas of nature. Citizens, companies and the Government will have to invest heavily in maintenance in the years to come. This is clearly revealed in the new interactive soil subsidence map of the Netherlands that was published online this week. The map was produced by researchers from TU Delft (Faculty of Civil Engineering and Geosciences), the Netherlands Center for Geodesy and Geo-Informatics, and the SkyGeo company. The map, drawn from satellite images, shows the movement of billions of measuring points scattered across the country. The data are much more detailed than the previous version of the map. The satellite data in the first version were averaged out into sections of four square kilometres. In this new version, every individual measuring point is shown – all 40 billion of them. 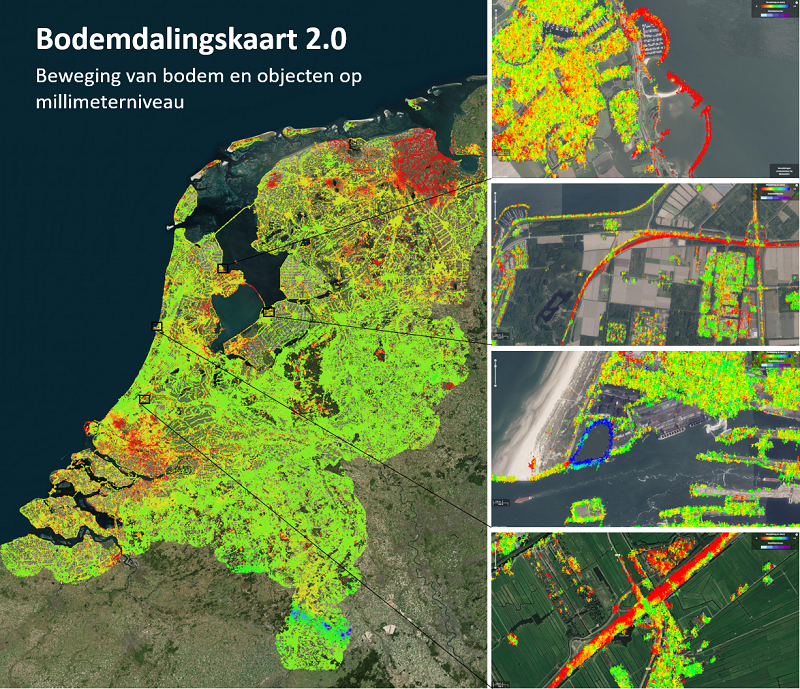