The Municipal Council Elections are coming up soon. On Wednesday March 16 all European citizens of 18 years of age or older and non-EU citizens who have been registered in the municipality for a minimum of 5 years, can vote.

But who to vote for? DISS and Lijst Bèta together with Studium Generale are organising a debate on Wednesday March 2. The debate will be held in English and will take place between 8 pm and 10 pm in the Aula Auditorium where 500 people can attend in person. There will also be a livestream available for those watching from home. The different parties and their attending member will be announced later. 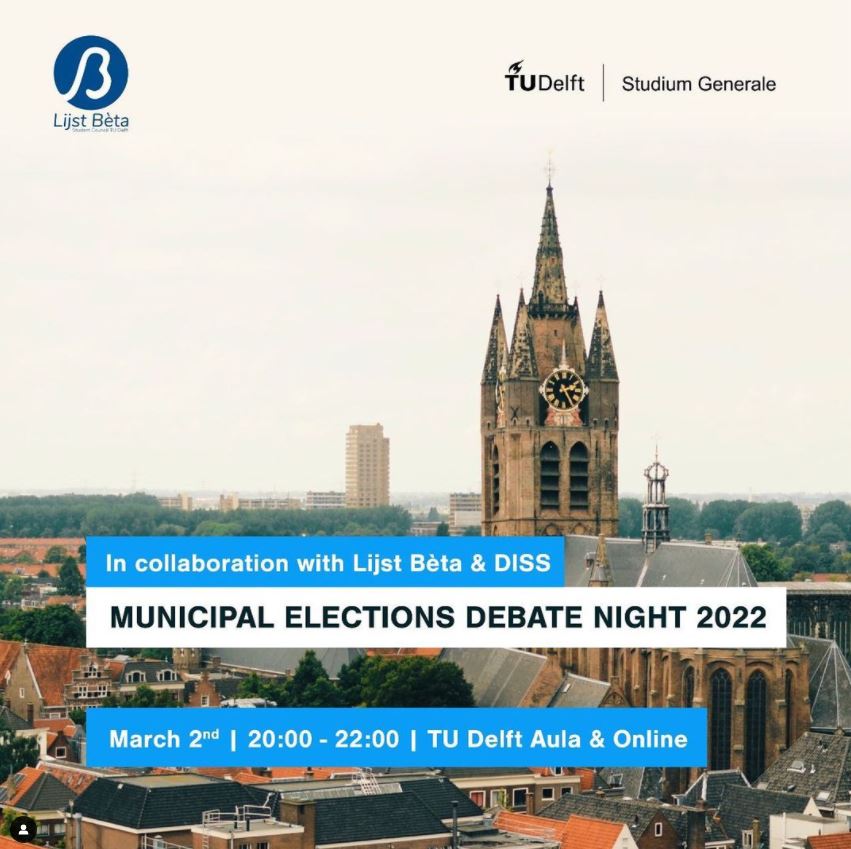 “Quite a large population of international students are eligible to vote and we think it’s important that they are made aware of that”, explains a spokesperson of the organizing committee. We think it is important that there is a debate open to students of all nationalities. International students live in and experience Delft during their time of study. So they should be able to voice their opinions about the city just as much as Dutch citizens.” (MvdV)