Energy transition as a board game 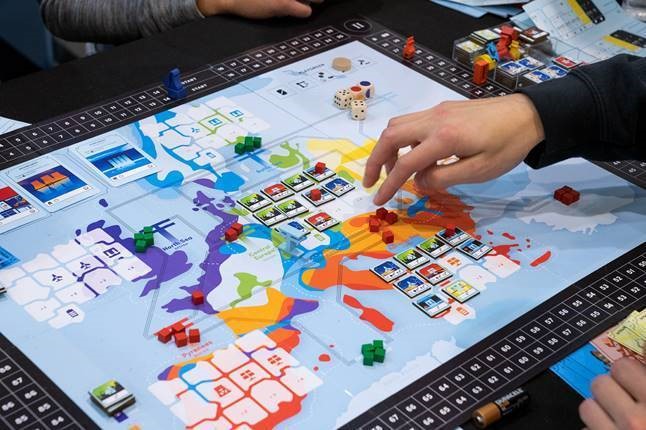 ‘A creative game that involves you in the energy transition in a completely new way.’

The energy transition is at stake. Literally, in the new board game GigaWatt. Six European regions are competing against each other to be the first to be independent of coal and gas and still meet the demand for energy. The one to six players have to deal with the variability of sun and wind, protests from residents, and local differences. The game GigaWatt was developed by consultants Wouter Vink and Jöbke Janssen. The board game is on Kickstarter this month for crowdfunding. The minimum amount has already been reached, but the more budget there is, the better the game gets.

‘Our main goal is to use GigaWatt to create enthusiasm and awareness about the energy transition’, Vink and Janssen write. ‘The way we think we can do that is by making a really fun game that works well, so that people want to play it often (as is the case with Risk, Catan, Monopoly etcetera). Awareness of the energy transition will then come naturally. We want to avoid it being too educational - sustainability has to become mainstream.’

The Dutch New Scientist wrote: ‘With its various game mechanisms, GigaWatt is not a game for those who play Scrabble once a year. For board game fanatics it is a creative game that involves you in the energy transition in a completely new way. (...) In this way GigaWatt achieves something that even the best climate books seldom manage to do.’

You can find a promotional video here.