The prestigious European Union ECS Innovation Award 2020 is on his name already, but Delft professor Said Hamdioui may now also call himself the inventor of the best tech idea 2021 - at least according to the jury of Dutch science magazine KIJK Magazine. Yesterday, KIJK editor Laurien Onderwater presented him with the corresponding award on the Delft campus. 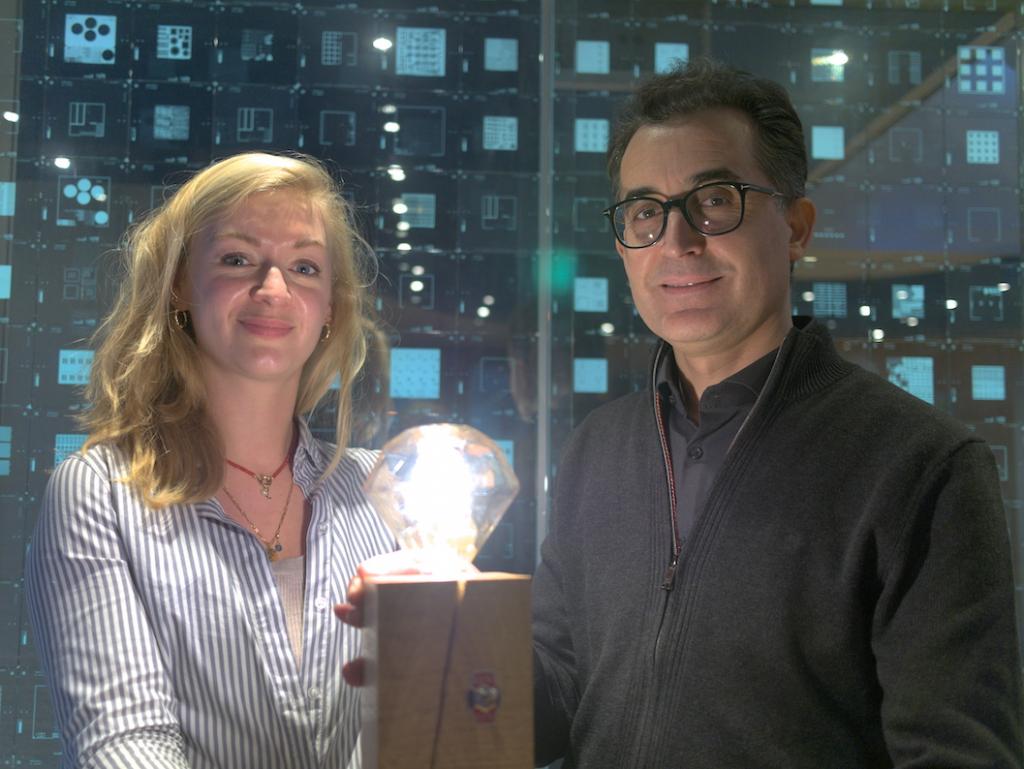 With his memristors - a contraction of memory and resistance - Hamdioui developed a new nanoscale approach to computer architecture that is much more energy efficient, among other things. "The Internet of Things requires large computing powers that also need to be very energy-efficient. Memristors can be the basis for this and that makes this idea, however young, important", explains KIJK editor-in-chief and jury member André Kesseler the choice for Hamdioui's invention. With this idea Hamdioui defeated, among others, an ingenious brain implant, a reusable water filter and a new type of super battery.

This year, a third of the best tech ideas nominated came from TU Delft. The ten best ideas are described in the KIJK edition that was published on 18 November, including the winner of the public prize: a membrane of (scrabble alert!) super-aspheric vitriol. (ME)