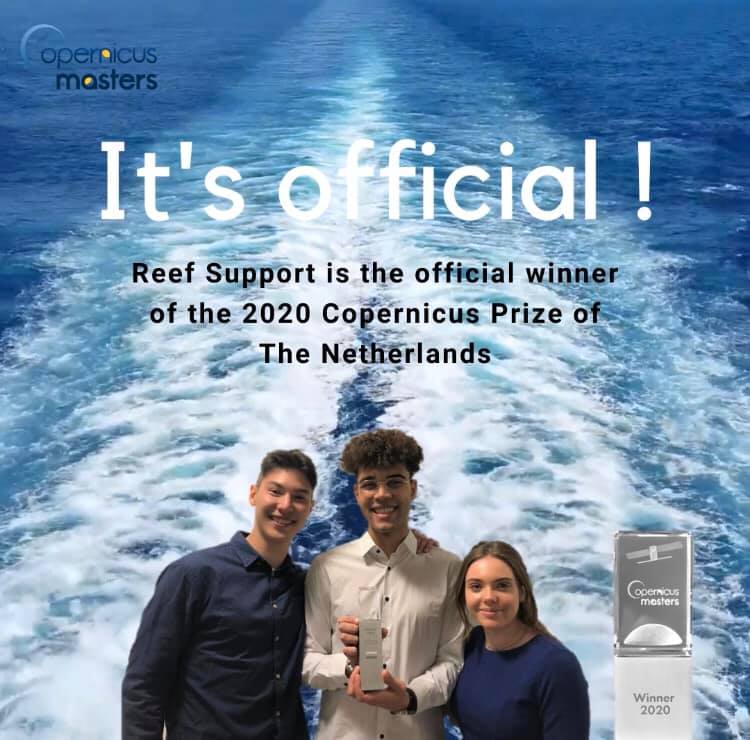 The Delft-based start-up Reef Support has won the top European prize in a competition for innovation in earth observation. They received the Copernicus Masters award from the European Space Agency (ESA) for their plan to use satellite images to protect coral reefs. Founders Marcel Kempers and Yohan Runhaar came up with the idea during a hackathon in July and were awarded the European Copernicus award in September.

Reef Support combines satellite data with other data sets to monitor and predict the health of coral reefs. “We can use an algorithm to predict the health status of the reef and when intervention is required,” Runhaar told the NOS (in Dutch). Interventions could be shutting down tourism or more actively enforcing pollution. “It is a kind of early warning system for local authorities.”

In addition to coral reefs, the start-up also monitors fish farms and beaches to warn of excessive pollution or erosion. Aquaculture, beaches and coral reefs are the economic ABC of many tropical coastal countries. Their preservation is in everyone's interest.