Will this TU Delft patent ease the nitrogen crisis?

The nitrogen crisis is harming the Netherlands and is causing farmers to rebel. MEZT, a TU Delft start-up, hopes to reduce the nitrogen from cattle farms by a quarter by 2030.

“Nonsense” was her reaction to the Netherlands feeling overwhelmed by the nitrogen crisis. Medical historian Dr Floor Haalboom (Erasmus MC) ran through the history of the manure problem at the end of October for the Studium Generale in Delft. “The nitrogen crisis has been brewing since the 1960s and is a direct result of cattle feed.”

For more than 60 years, that mixed feed has consisted primarily of corn, soya beans, fish oil and cassava from the southern hemisphere. Grazing cows in meadows is an old fashioned pastoral fantasy, as Haalboom showed her audience.

The mixed feed was designed by Jan Grashuis, a Dutch veterinarian, in the last century, she said. But Grashuis – which means ‘grass house’, but what’s in a name – had also said that only one of six farms should use it. The others should continue using residual flows.

‘The nitrogen crisis in cattle farming is solvable’

This suggestion went by the wayside and cattle farms became highly efficient factory farms, in part also thanks to animal medicines. Imported nitrogen from all over the world accumulated in the form of ammonia (NH3) in manure pits in the Netherlands. Until the situation could no longer be contained. In her historian role, Haalboom showed the entire process.

Yet again, the highly efficient dairy and meat industry got stuck with an overabundance of manure and nitrogen depositions three years ago. Ammonia ended up in adjacent nature.

Many voices were raised demanding that the manure production be reduced. Technology can also help by reducing the ammonia in nitrogen emissions so what about the technology in a TU Delft patent that the TU Delft MEZT (in Dutch) start-up is working with? 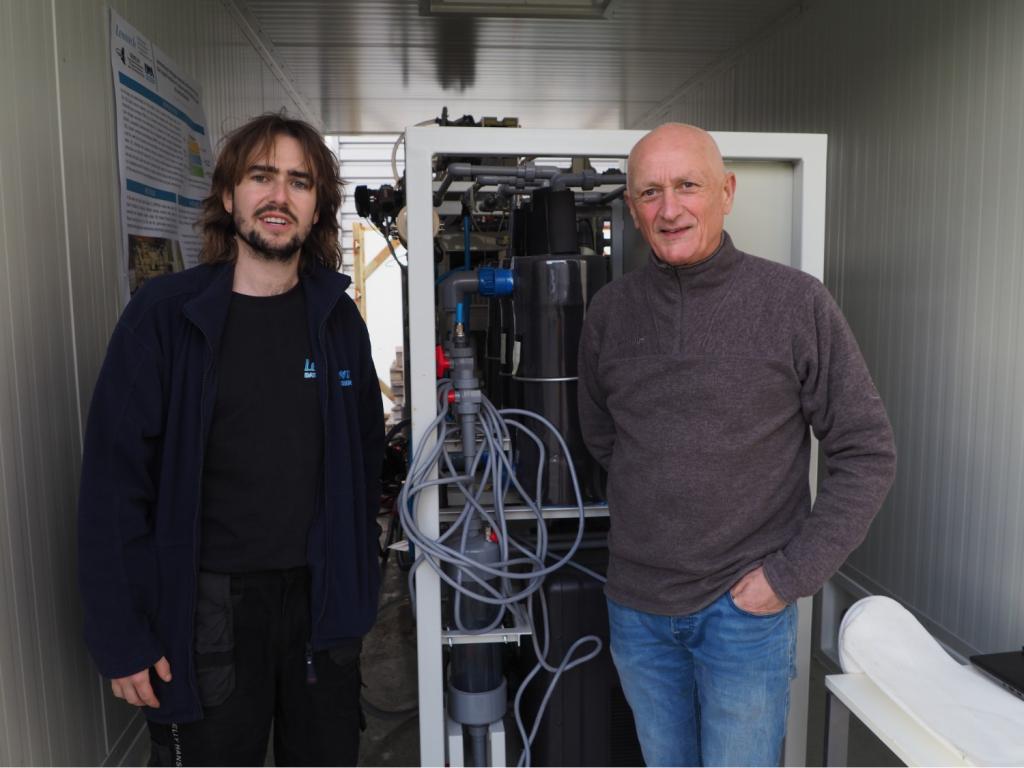 “The nitrogen crisis in cattle farming is entirely solvable,” says TU Delft alumnus Ed Sibeijn (61) eagerly after demonstrating the prototype of a manure filter technology. Sibeijn and a former fellow student, Adriaan Lieftinck (60), bumped into each other by chance when their working lives were behind them. They were both interested in using technology to address a current problem: the nitrogen crisis.

So they started working on a TU Delft patent to further remove ammonia from cow manure. The patent was applied for in 2019 by Waste Water Professor Jules van Lier and Henri Spanjers of the Faculty of Civil Engineering and Geosciences and their former doctoral candidate Niels van Linden, now R&D Coordinator at Lenntech Waterbehandeling. MEZT has been trialling its methodology in a container on the industrial site of Lenntech in Delfgauw since June. 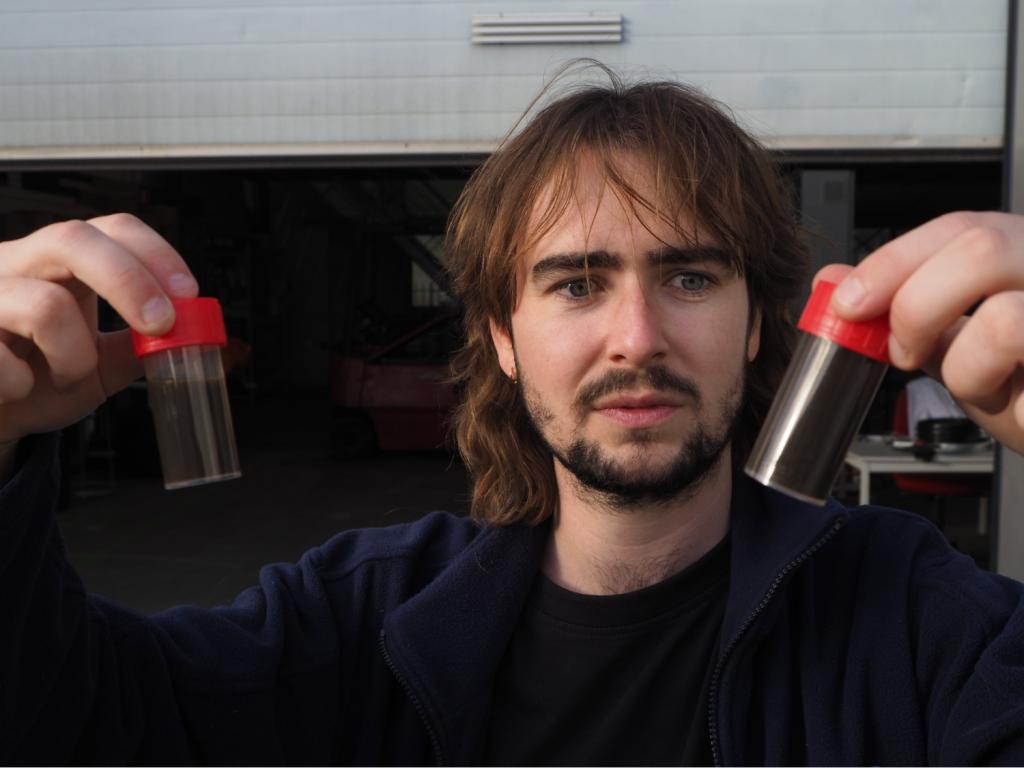 The process
TU Delft alumnus Tobias Opschoor (29), Development Engineer at MEZT, holds two tubes of liquid manure in front of the camera. They look the same – clear tubes, runny brown liquid beneath a red cap. Only, the right tube contains 70% less potassium and ammonia than the left one.

How was this done? The setup involves stacks of special membranes encased in steel that only allow charged ions through. The membranes separate one thin manure flow from two clear liquid flows. An electric voltage across the membranes draw positive ions such as potassium (K+ ) and ammonia (NH4+ ) from the manure in one direction. This is liquid stream one. Chlorines (Cl-) and bicarbonates (HCO3-) are pulled to the other side and form liquid stream two.

Recovery can then begin. The potassium and ammonia (NH3) in the first stream is recovered for use as a raw material for circular low emission fertiliser replacements. The residual stream, or the manure stream from which the ions have been removed, can go back to a manure pit after several cycles. Biogas (methane) can be produced through a fermentation process.

CO2 and acid can be recovered from the second flow stream. What to do with that? Van Lier says that “If you are not interested in the acids, you can work with two compartments instead of three. The cell then has less resistance and thus uses less energy to recover NH3.” 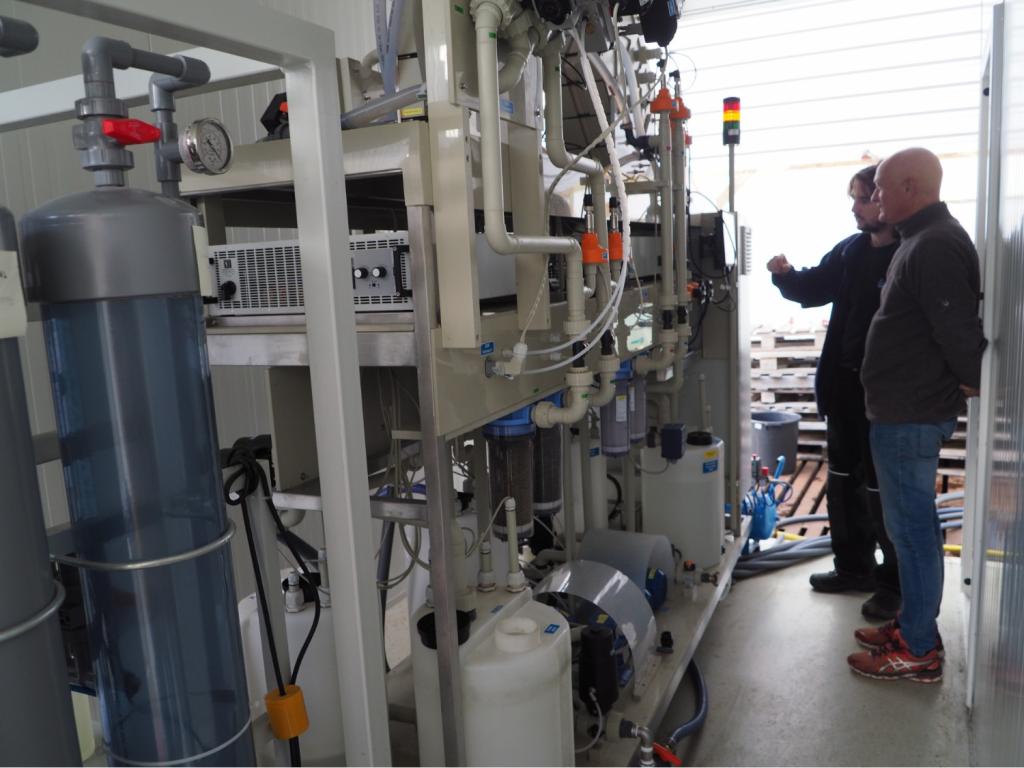 Collaboration
One unit like the one in the trial container in Delfgauw can process 100 to 200 litres of thin manure an hour. This is enough for a farm with 200 cows, says Sibeijn. MEZT’s goal is to have five functioning units next year. This should expand to 2,000 units on large cattle farms by 2030. According to Sibeijn, this will allow 25% of the national ammonia emissions to be recovered.

The start-up is not yet ready with its development work. MEZT is a partner in a joint research proposal of TU Delft and Wageningen University (WUR). The proposal to NWO covers the removal of potassium and nitrogen through electrodialysis in combination with producing biochar. Biochar is the carbon dioxide that remains after biomass gasification. Biochar can bind the nitrogen and potassium from the electrodialysis process and allow the manure to slowly spread in the soil, almost without emissions released into the air and the groundwater.

The initiative for this is from researcher of renewable processes Mahinder Ramdin of the Process & Energy Department at the Faculty of Mechanical, Maritime and Materials Engineering (3mE). “Biologists, chemists, technicians, ecologists and economists must work on this together,” says Ramdin, “as everything ultimately depends on the costs.”

An incontrovertible truth. After all, the technology may be highly promising for the environment, but if it does not benefit farmers they will not invest in it. 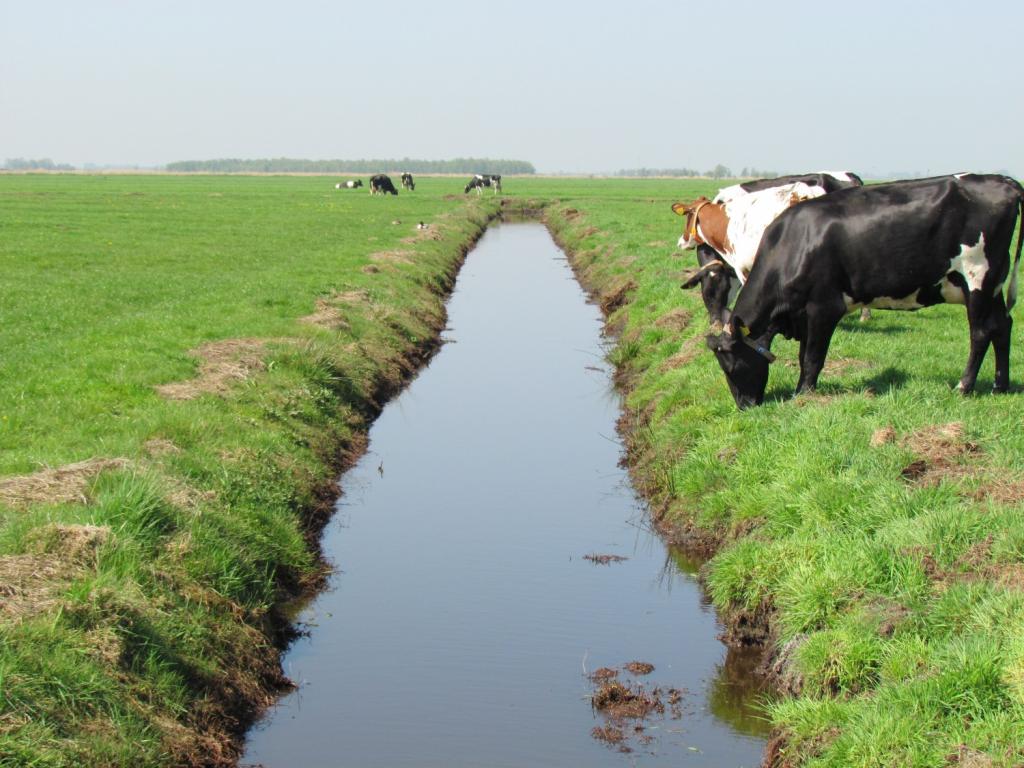