The prominently placed renovation prototype, made by TU Delft Team SUM in Wuppertal, drew long queues of visitors. Delta did a video visit for those who couldn’t go.

Utopiastadt in Wuppertal, Germany, is an appropriate setting for the postponed finale of the Solar Decathlon Europe 21/22. A former railroad track has been transformed into a bicycle highway. The station building houses an overcrowded café, and the cleared ground across the cycle lane is now a playground for start-ups, urban farmers, ethical hackers, and the like. And for international student teams exploring the limits of sustainable and affordable housing. Welcome to the Solar Decathlon Europe (SDE): a lively exposition of 18 entries for tomorrow’s architecture. Architektur trifft Klimaschutz, architecture meets climate care says a poster.

Passing through the gates onto the festival grounds, the TU Delft entry by Team SUM (Symbiotic Urban Movement) is immediately on our left. Despite the blistering midday sun, there is a long queue of people waiting for a guided tour through the building. Architecture students Kelvin Saunders and Nadia Antoniadis have worked out a routine to explain the design.

In the finals on 24 June 2022, the Delft team SUM shared third place with team AurA from Grenoble. TU Eindhoven came second with VirTU/e. The students of the Karlsruhe Institut für Technhologie came first with their design RoofKIT.

The exterior appeal of the prototype may be evident, but many aspects of the design need pointing out. For example, that it’s a TU Delft tradition to take existing buildings as a departure point. In this case, the third TU Delft entry, the team chose post-war tenement flats as their starting point. The transformation includes the renovation of the existing apartments (while the residents can stay) and the addition of two prefab layers on top with energy generation. The parking places will make room for playgrounds and cycle paths. The present occupants can stay and will be joined by a younger generation in the newly added apartments. Delta briefly described the project when it was presented last year.

Professor Andy van den Dobbelsteen is also present at the SDE, coaching the students for each of the 10 jury visits. It’s the third and last SDE entry that he has supervised, he tells us. Previous projects were Pret-a-Loger (Versailles, 2014) and Project MOR (Hungary, 2019). 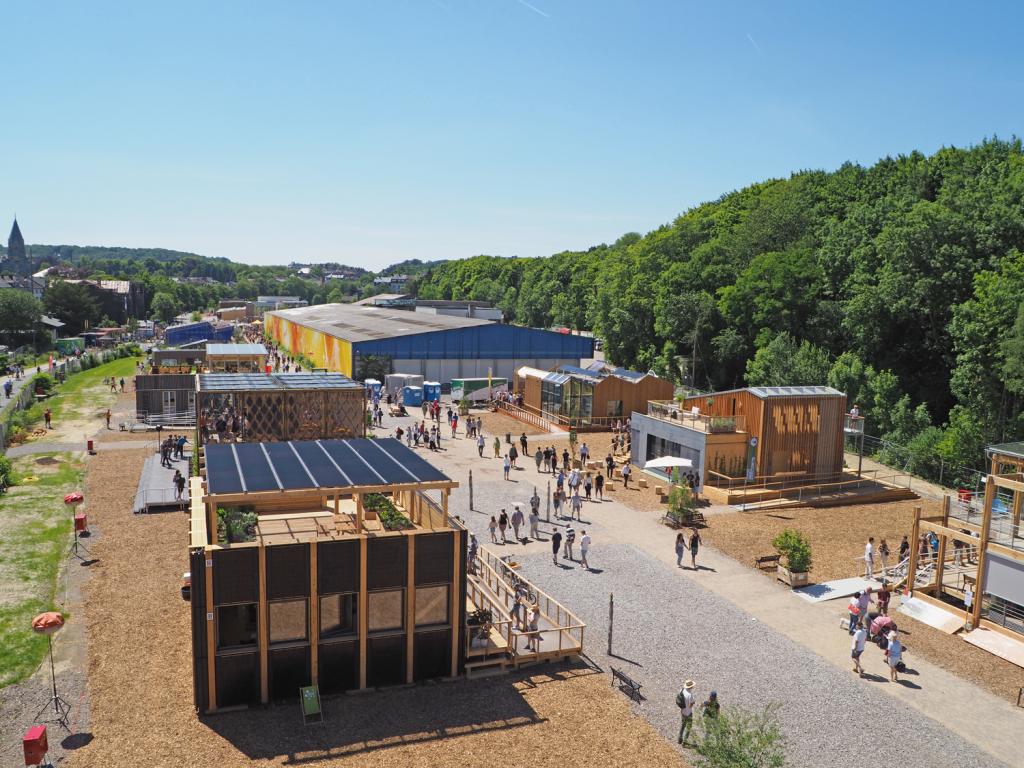 Hosted in Holland?
But just as Van den Dobbelsteen was preparing to distance himself from the biennial competition, the SDE organisers approached him about hosting the next SDE in the Netherlands. So there’s a fair chance that the sustainable building competition for student teams will be held in Delft, Rotterdam or The Hague in 2024. “Let’s see who has the most interesting proposition,” says Van den Dobbelsteen grinning behind his sunglasses. Should he organise the next SDE in the Netherlands, the theme will be climate adaptation – building for 2050.

Meanwhile in Utopiastadt, Wuppertal, six of the 18 houses will be occupied as ‘living labs’ for three years. The TU Delft house is one of these.