Land-ice loss from West Antarctica has tripled over the last decade, we heard last week. A new study in Science this week shows that the measured ice-loss was actually 10% short. But there is good news too.

"We tried to include our figures in the Nature article," says PhD candidate Marc Rovira Navarro (Faculty of Aerospace Engineering). "But it was too late."
Last week, we learned that the loss of land-ice through glaciers on West Antarctica had accelerated from 53 billion tons per year in 2007 to 159 billion tons per year over the last 10 years. ‘A staggering rate scientists say could raise sea levels six inches by 2100', wrote the popular press.
Now we’re told the figure for ice-loss is even 10% higher*. How come?
During an internship at the Danish University of Technology (DTU) with Dr Valentina Barletta and Dr Abbas Khan, Rovira Navarro got involved in a study on the uplift of the bedrock of Antarctica in response to the melting land ice. The so-called Glacial Isostatic Adjustment is known from areas that were covered with land ice during the last Ice Age. Scandinavia, for instance, continues to rise about a centimetre per year in response to the vanished land ice of 12,000 years ago.

Professor Terry Wilson (Ohio State University), one of the lead authors, had measured the uplift of the West Antarctica bedrock by placing GPS stations on rocky outcrops. He was astonished by the result. The uplift was 41 millimetres per year - a world record. "The rapid rise of the bedrock in this part of Antarctica suggests that the geology underneath the ice is different from what scientists had previously believed. The rate of uplift we found is unusual and very surprising. It’s a game changer," Wilson was quoted in a press release.

Is this uplift a recent response, or has it been going on for ages? Rovira Navarro was asked to model thousands of scenarios with different possible combinations of Earth properties and ice loss scenarios to see what had produced the rapid uplift.
There was only one fitting scenario: the one that assumed very fluid (low viscosity) magma. The fluid mantle flows under the continental shelf like water in a waterbed. As soon as the land ice melts - or when someone gets off the waterbed as it were – and the pressure is reduced, the liquid magma flows back, filling that space and lifting the region. 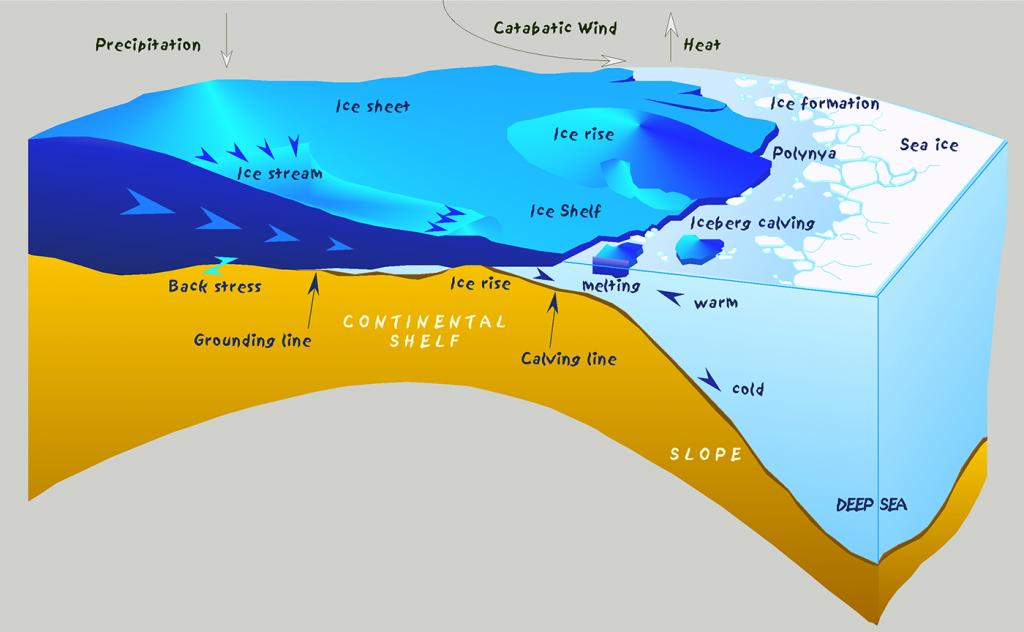