The wind measured in the Thialf ice skating stadium was minute, yet media reports ranged from ‘no difference’ to ‘foul play’. Should the skating federation ISU set a standard?

Last Friday, the team led by Dr Andrea Sciacchitano (Faculty of Aerospace Engineering) published its report on the airflow measured in the Thialf ice rink. After the record rainfall during the World Distance Championships in February, rumours (in Dutch) started about ‘mechanical wind’ in the ice rink, which was allegedly caused by turning the ventilation grids in the floor around the rink.

TU staff were still on site with their gear to measure the air displacement of skaters. Thialf asked them to also measure the air circulation in the hall, to put the rumours to bed once and for all. Sciacchitano was working with Professor Philo Bluysen (Indoor Environment at the Architecture Faculty), PhD student Alexander Spoelstra and Aerospace Engineering master's student Laura Jou Ferrer on this exercise. They wrote the Airflow measurements in the Thialf ice rink technical report which concluded that the ventilation system does cause air to flow in the direction of the skaters at a speed of approximately 0.10 m/s. 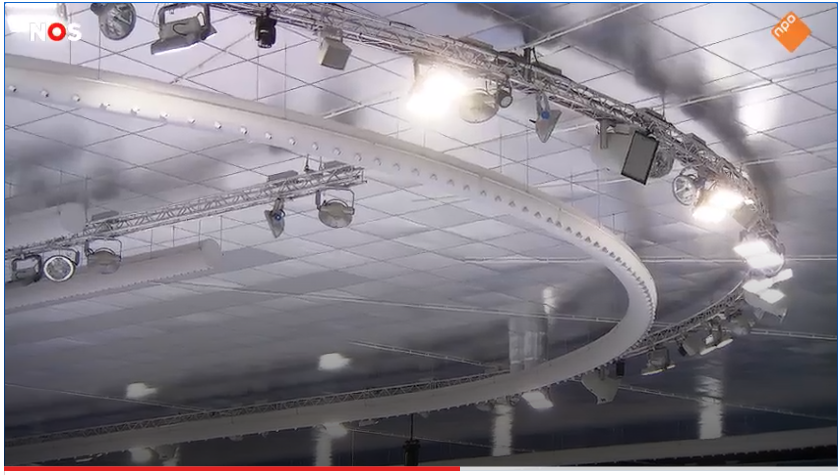 There are two ventilation systems in the rink. One of these is an air duct above the entire 400 metre track which has pipes that blow air downwards in the direction of travel. 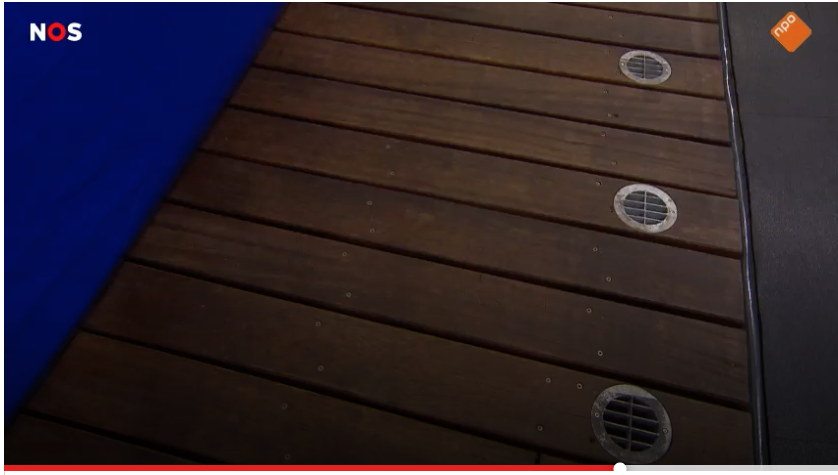 Outside the track, the second system is a ventilation channel under the wooden floor. The air from this channel blows air upwards through vents. Last autumn, these vents were also turned in the direction of travel.

Researchers measured a slight tail wind of 0.10 to 0.15 m/s if one or both ventilation systems were in operation. Since the International Skating Union ISU has no guidelines on indoor ventilation, the researchers took the norms of the Dutch Olympic organisation NOC*NSF as a reference, which states a maximum of 0.5 m/s.

ReportingThe conclusions in the media were quite divergent. The headline in the AD newspaper was Slight wind advantage in Thialf. Correct, according to Sciacchitano. In de Volkskrant newspaper it was No tailwind for skaters Thialf. Not quite correct, he says. “There was a small tailwind, but we do not know if it had any effect on the skating times.” Sportnieuws went on the attack with Research also shows that there was cheating in Thialf. “I don't agree with that,” says the lead researcher. “You need ventilation to maintain the ice. Our conclusion is that the tiny bit of wind was well within the NOC*NSF’s norms for indoor sports venues.” The NOC*NSF standard is up to 0.5 m/s, more than three times higher than the values measured in Thialf.

Possibly no world record without a little tailwind in Thialf, NU.nl states cautiously. “That may be the case,” responds Sciacchitano, “but we did not do any measurements during the record breaking events. When we did the measurements, there were no skaters and no audience.” Finally, the NOS news: TU Delft concludes: fast times Thialf not caused by ventilation grids. This directly refers to the air vents in the floor being turned in November last year. TU Delft has not researched the influence of the direction of the air vents, but there is something to be said about it. “If you switch off the air flow in the floor ventilation but leave the ceiling ventilation on, there will be a slight tail wind. You can therefore conclude that the prevailing wind is not caused by turning the grids. So the headline is correct, even if it is a little ambiguous.”

What did Sciacchitano himself learn from the exercise? He is actually surprised that ISU, the international skating federation, has no regulations on permissible wind speeds in indoor competitive skating rinks. If it did, measurements would have to be taken worldwide. Sciacchitano would also like to see if a passing skater or the presence of an audience would make any difference to the measurements. In that sense, this research report was a good baseline measurement.