These are the greenest spots on campus

Rene Hoonhout points out a grassy meadow next to the TU Delft Library, with plumes of grass almost a metre high and golden yellow wildflowers in abundance. It‘s one of the dozens of sites where Hoonhout's team mows as little as possible. A deliberate choice, he explains. “A neatly manicured lawn does nothing for biodiversity, so wherever possible we allow the grass and flowers to run wild. That’s good for the insects and the spread of flowers and herbs.”

Now he only mows those areas where it is really necessary. In Mekelpark for example, where students and staff want to be able to sit on the grass. And along the tram route on campus, where pedestrians need to be able to see from a distance that they are crossing the tram tracks.

Decorative value versus insectsAround ten years ago Hoonhout started gradually increasing the biodiversity on the 161 hectares of the TU Delft campus, not just by allowing the grassy meadows to run wild, but also choosing natural vegetation along the canals that cross the TU Delft site, and tree species that promote biodiversity. “We used to select trees for their decorative value, but now we look far more at their natural value,” he explains, standing at the edge of a flowering meadow alongside Applied Sciences South. “A plane tree, for example, attracts ten to twenty types of insect, whereas an oak can be home to as many as eighty types of insect.” Across the meadow a group of lime (linden) saplings sway gently in the wind. They were planted a couple of years ago. “Limes are excellent trees for bees.”

The plants in the steps are a test. (Photo: Delta)

The efforts of Hoonhout and his team have borne fruit. He steps forward and picks a fluffy purple-pink flower. “This is hare's foot clover, a plant that started growing here spontaneously.” 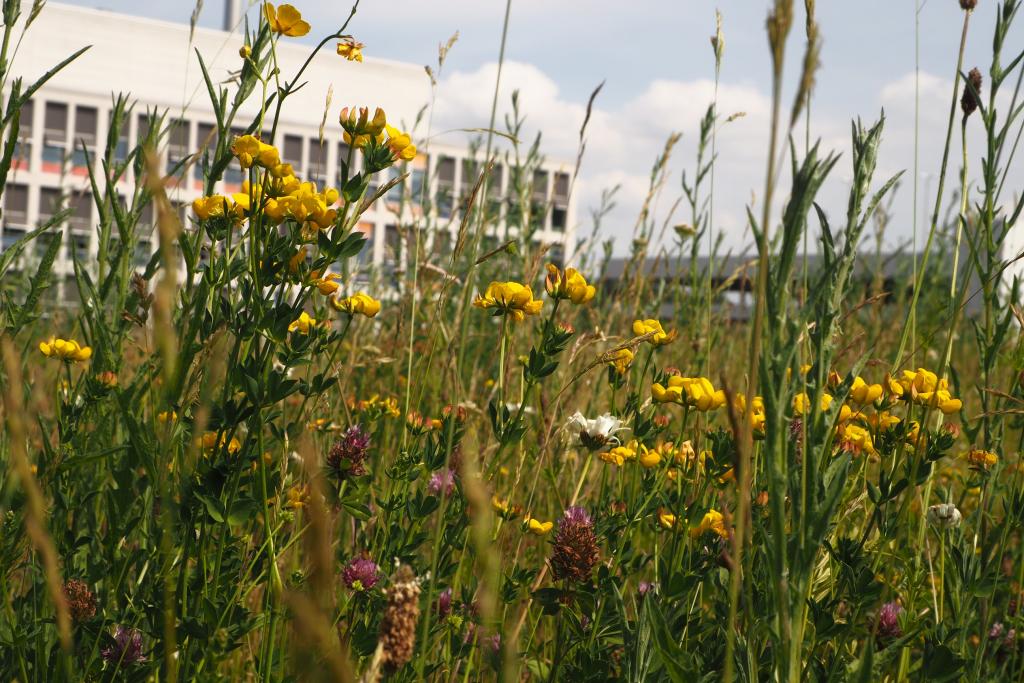 New types of flowers have spontaneously appeared on the lawn of TNW Zuid. (Photo: Jos Wassink)

Where possible he gets a helping hand from nature itself. For example, the grass on two undeveloped areas of TU Delft land is grazed by flocks of sheep.

And he uses waterside plants as one way to maintain the water quality in the canals on campus. “Without this sort of measure the oxygen levels deteriorate rapidly, particularly in the hot summer weather, leading to fish kill.” 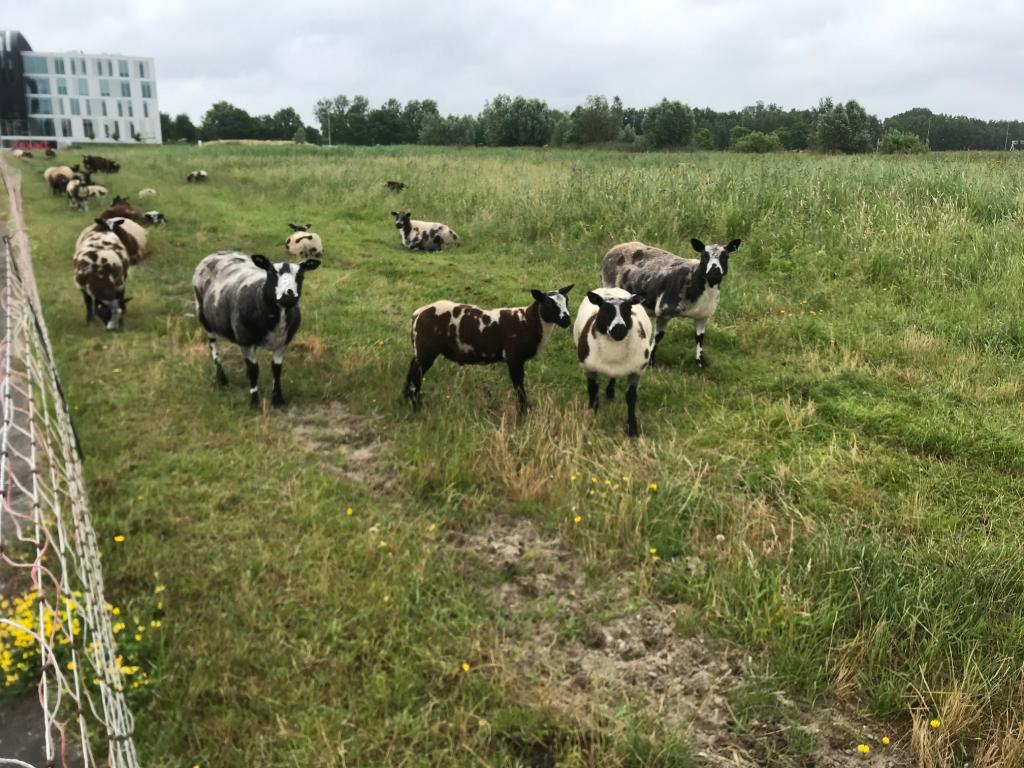 These living lawnmowers are working at Campus South. (Photo: Delta)

Hoonhout has been working as landscape manager at TU Delft for the last 31 years, a task he really enjoys. His favourite spot? A tiny hidden park near the P-Sports car park. It was once a garden designed by landscape gardener Mien Ruys, but now it has been overtaken by reeds. In the middle is a path of large boulders. Hoonhout jumps from boulder to boulder. They are hidden from sight by all the trees and nettles surrounding the park. “No-one comes here, so you can really leave nature to its own devices.” 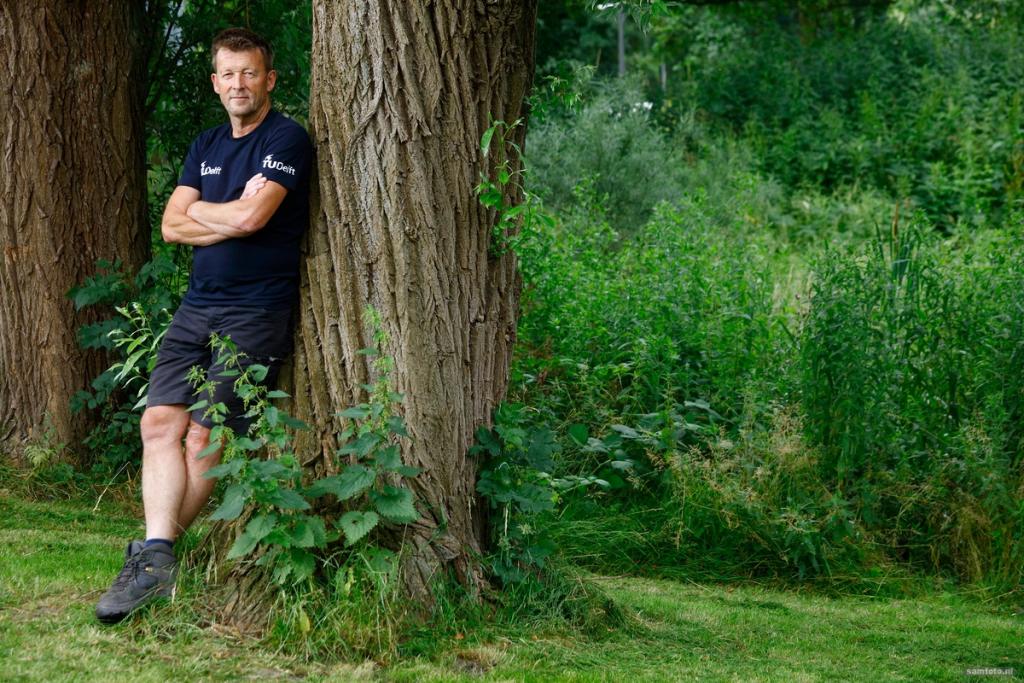 Curious about other places? Check out the photos below.

Have you ever wondered where the Board works? This is their garden. (Photo: Delta) 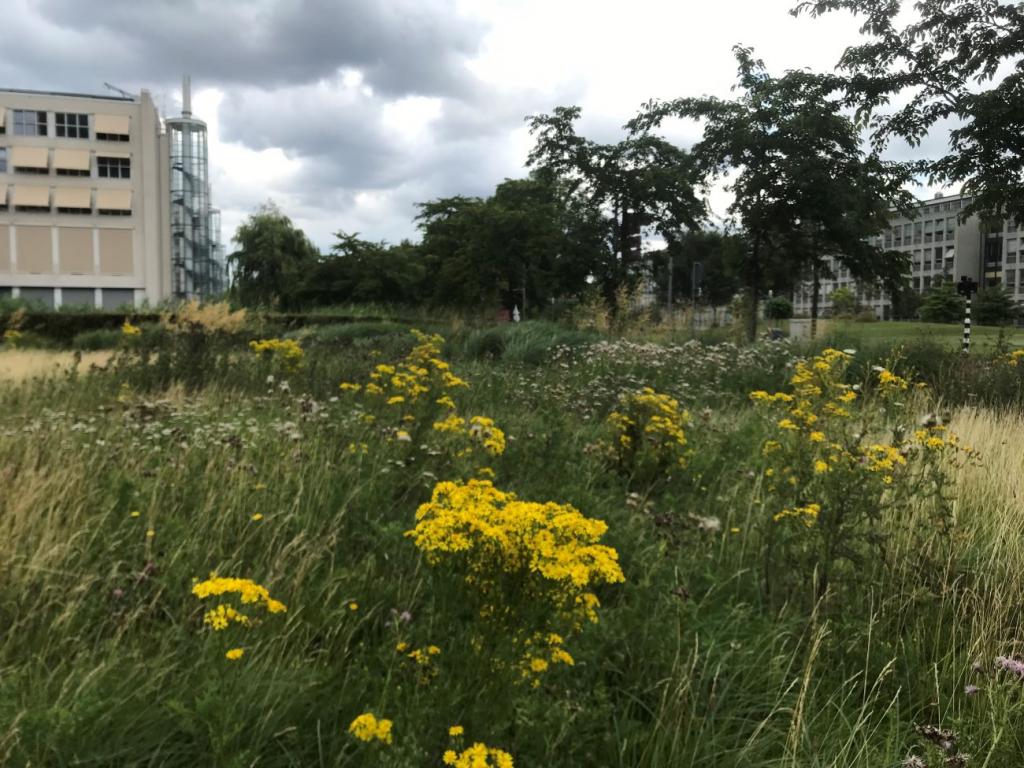 Students of landscape architecture noticed that it blows very hard next to the EWI faculty. That is why, together with Hoonhout, they have created a ‘wind field’ full of flowers and long grasses. (Photo: Delta) 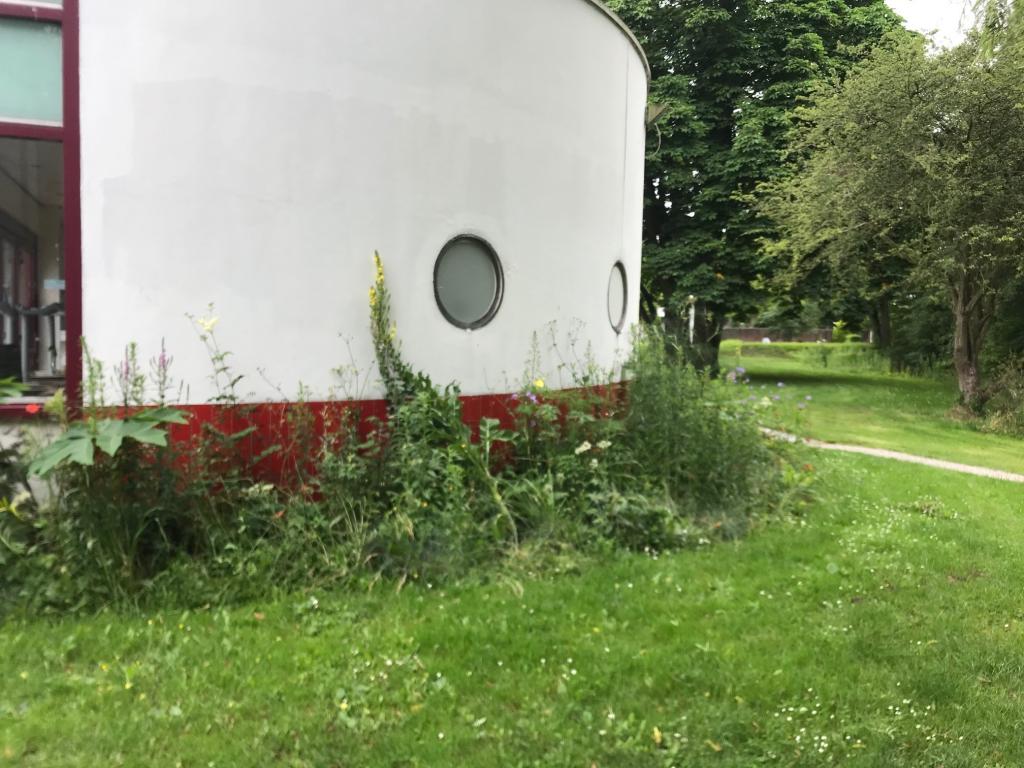 Students of landscape architecture have also put flowers on the edges of buildings. (Photo: Delta)

The first years’ weekends have to be held earlier too. How will that work?

As the OWee will be held earlier than usual this year, the first-years’ weekends will also be earlier, causing logistical problems. “Venues are often booked years in advance.”
Campus

‘People have very strong opinions about the energy crisis’

How do you feel about adopting renewable heating systems? Assistant Professor Özge Okur and her team want to know.