The person in the picture is not part of this story. (Photo: Dalia Madi)

It is proving difficult to reduce the number of temporary jobs at Dutch universities. More than half of all lecturers have an end date in their contract.

It is an issue that unions and activists have been complaining about for years. Politicians also voice their disapproval, yet nothing much seems to change: Dutch universities continue to employ as many temporary staff as they have in previous years.

Professors and associate professors remain unaffected by this problem: almost all of them have a permanent position. But as the latest figures show, other academic staff can only dream of that kind of job security.

A quarter of all assistant professors continue to work on a temporary basis. The same applies to three quarters of other teaching and research staff. PhD candidates all have contracts for a set number of years; in the Netherlands that is the nature of these appointments. 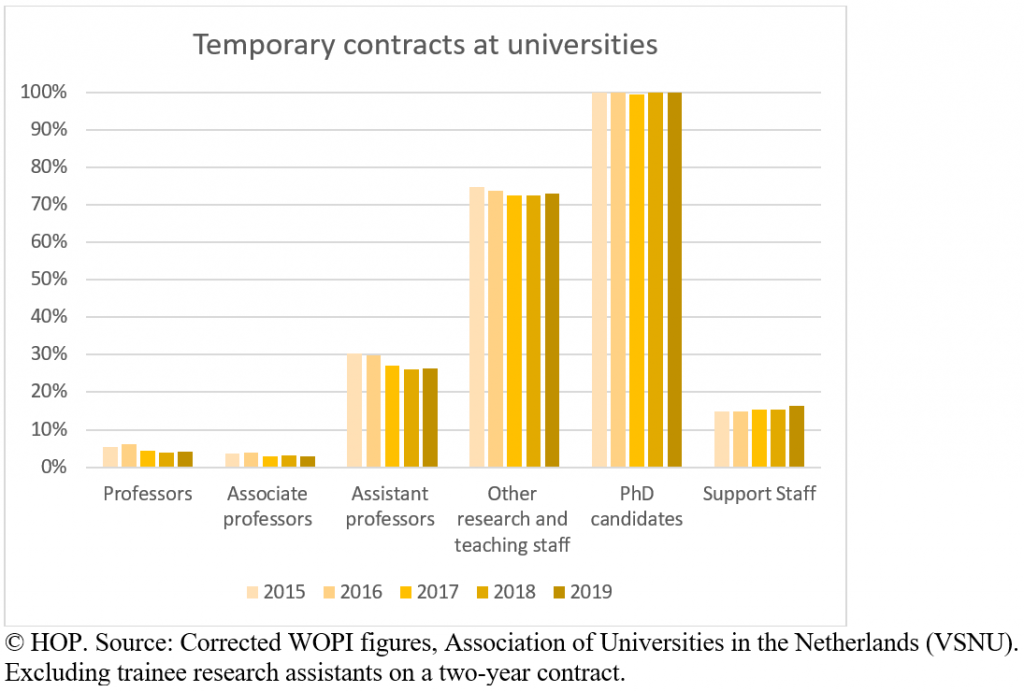 All in all, 59 percent of staff at universities have a temporary appointment. Exclude PhD candidates and support staff and that figure drops to 39 percent. It is a number that has hardly changed in years.

This strong tendency towards temporary contracts has long been the subject of intense criticism. Critics argue that academic staff already have enough to cope with in their demanding jobs without being uncertain about their future. It’s a combination that could even lead to psychological problems.

Politicians – and even the Education Minister – sometimes complain about temporary contracts in the academic world, but ultimately they are reluctant to interfere in university staffing policy.

That policy differs significantly from one institution to the next. Staff have a far greater chance of landing a permanent contract at some universities than at others. At the University of Amsterdam and TU Delft, for example, temporary contracts are relatively rare among assistant professors, whereas in Rotterdam they account for half of these appointments. At national level, there has been no movement on this issue for three years. 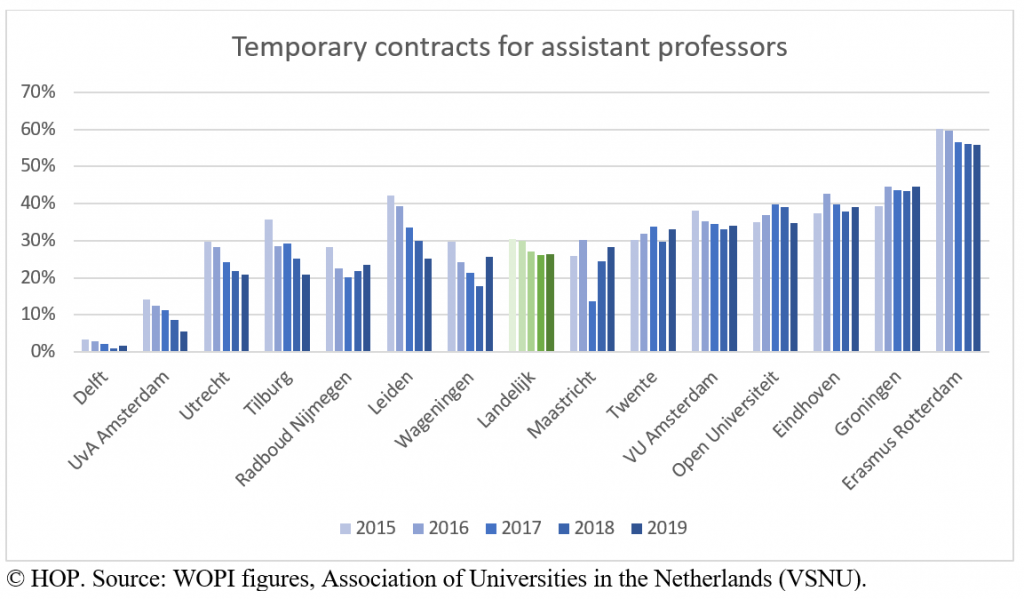 In the category ‘other academic staff’, which includes postdocs and lecturers, the differences are striking as well: at the University of Amsterdam less than 60 percent work on a temporary contract, compared to 89 percent in Utrecht: almost fifty percent more. 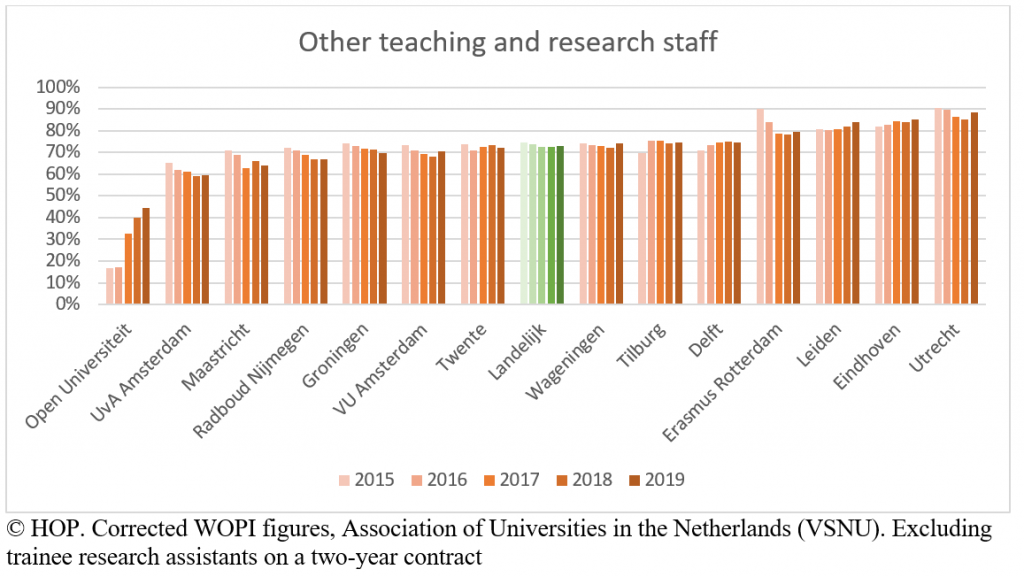 The unions are keen to point out their own successes – assistant professors in particular are slightly more likely than they once were to have a permanent contract – but they do not see these latest figures as a reason to stop campaigning.

“As far as we are concerned, this will be an important issue in the forthcoming collective bargaining negotiations,” says Jan Boersma of FNV. “One on which I expect all the unions to form a united front.” He wants to see fewer temporary contracts for lecturers and researchers and also sees no reason why all PhD candidates have to be on temporary contracts.

“These temporary appointments are and will remain a thorn in our side,” confirms Marijtje Jongsma, administrator at the General Union of Educational Personnel (AOb) and associate professor at Radboud University Nijmegen. In Jongsma’s view, the striking differences between universities show that there is still plenty of room for improvement. She believes that core tasks such as research and education should, in principle, be carried out by permanent staff.

But a spokesperson for university association VSNU presents another take on the matter, emphasising that the proportion of temporary contracts has fallen slightly, although not as fast as the association would have liked.

VSNU also underlines the financial uncertainty that the universities themselves are facing. Public funding per student has been declining for years and universities are becoming increasingly reliant on temporary research funding. “It’s uncertainty of this kind that means young scientists in particular are given temporary contracts at the start of their career. Greater security in university funding is an important step towards more permanent contracts.”