TU Delft's entry for the Solar Decathlon 2022 tackles many challenges simultaneously: housing, energy, ecology and social cohesion. On Wednesday, students will show how.

This edition of Solar Decathlon Europe, the sustainable building competition for university teams, focuses on the role of cities in climate mitigation. The house of the future will often be more of an improved version of today's homes than a new design - if only to save resources. The task for the teams in the competition is therefore to renovate existing buildings, fill in gaps and add extra storeys. 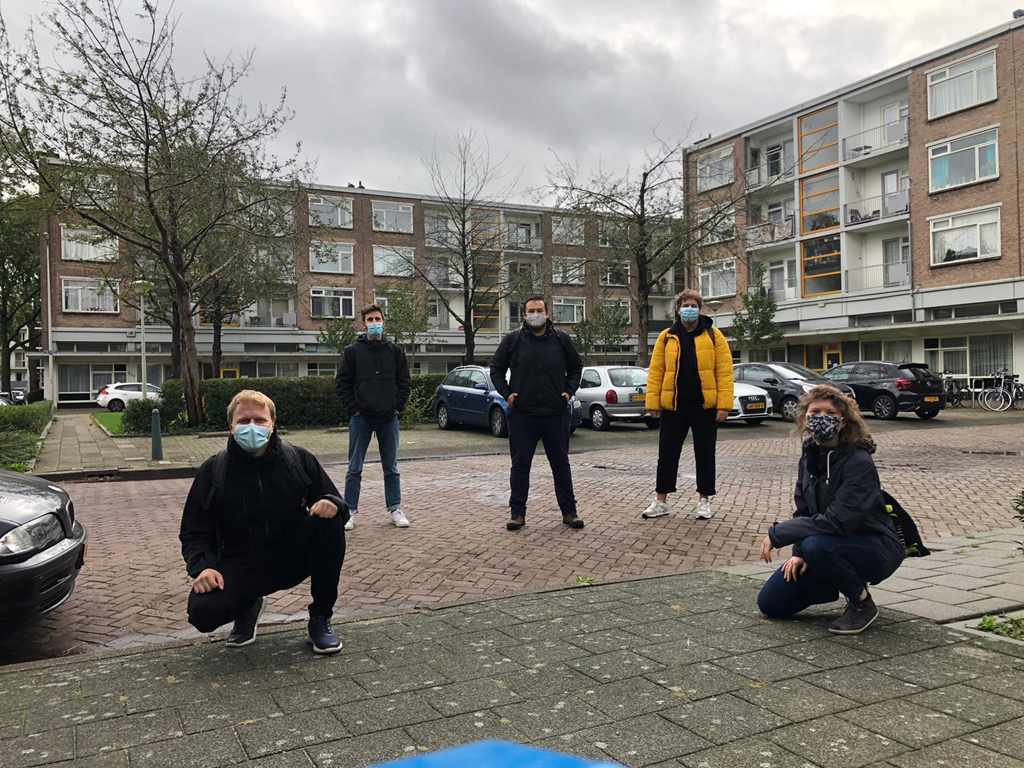 A delegation from Team SUM on location in the The Hague quarter De Dreef. (Photo: Team SUM)

The TU Delft Team SUM (Symbiotic Urban Movement) started with porch apartments in the The Hague neighbourhood of De Dreef. Dating from the 1950s, they have four floors but no lift. Residents often describe the flats as noisy, prone to mould and they see the neighbourhood deteriorating. In total, there are about 850,000 homes of this type in use, about 11% of the Dutch housing stock.

By using the name Symbiotic Urban Movement, the TU Delft team makes it clear that their ambitions go beyond a feasible energy-neutral renovation. One of the students explains that the team has chosen to work on three fronts simultaneously: nature-positive (creating more biodiversity); energy-positive (generating more energy than the building and its residents use); and user-positive (increasing social cohesion within the neighbourhood). 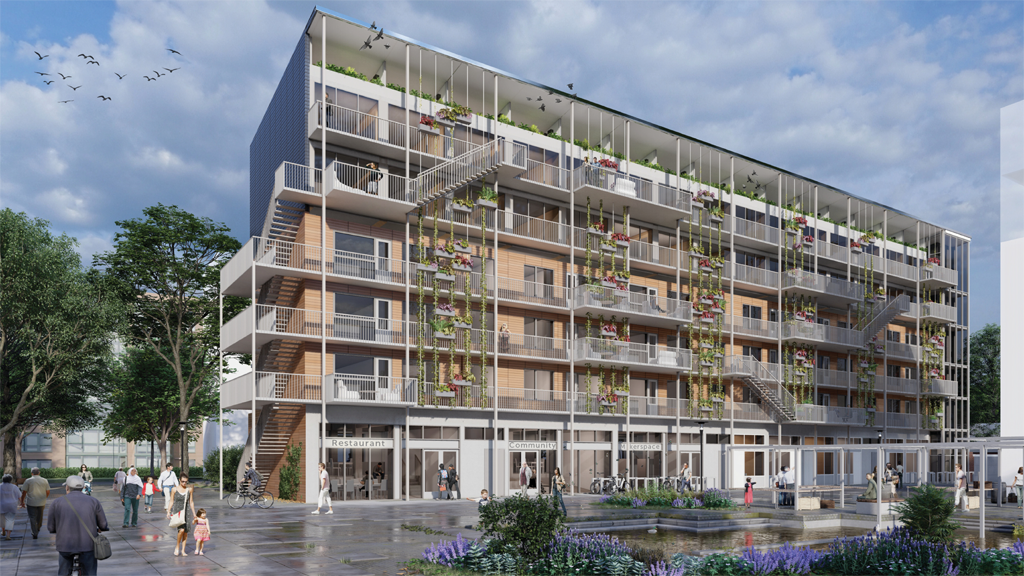 Look at the drawings of Team SUM and you will see a complete transformation of the area. The surroundings have become abundantly green with interspersed vegetable gardens. Communal areas, including a restaurant and a Repair Café, have been created on the ground floor of the flat. Cars have disappeared from the scene - they are parked further down the path. The existing dwellings have been made energy-neutral, and a side extension has been built to house the climate control system and a lift. Attached galleries encourage contact among residents, and the vacated stairwells provide extra space in the dwellings. Two extra floors have also been added, with solar panels on the roof and on the south facing facade.

On Wednesday 26 May, the SUM student team will show the important parts of their design in an online presentation: the communal areas, the extension with installations and lift, and the upper floors.

From October, construction of the prototype will begin on location in The Hague, close to the blocks of flats which will be renovated in the future. Contact has already been made with residents and housing associations, says Nikki de Zeeuw, one of the students responsible for SUM’s communications. “But so far, we were mainly asking all kinds of questions. Now we will really show them something.” The prototype is scheduled to be open for visits from December onwards.

The prototype will be dismantled next spring for transport to the festival site in Wuppertal. There, in June 2022, it will compete among 17 other entries for recognition as the best solutions for a climate-proof future.

Dutch universities and universities of applied sciences worried about the erosion of academic freedom would do well to end their association with China’s Confucius Institutes.
Science

The TU Delft Automatoes team won last year’s Autonomous Greenhouse competition in which engineers competed against growers for the best cherry tomatoes. This is how they won.