Wageningen University is the most sustainable institution of higher education in the Netherlands, according to the annual Sustainabul ranking. TU Delft ranks eleventh.

The SustainaBul prize has been awarded since 2012 by the forward-thinking group ‘Studenten voor Morgen’. They score educational institutions on their sustainability in teaching, research and business practices. The schools’ best practices — good examples for others to follow — also contribute to their rankings.

Between 2013 and 2017 Wageningen University & Research won the prize five years in a row. It then had to cede its place to Eindhoven University of Technology, who took gold twice, and last year a university of applied sciences ranked at the top for the first time: Van Hall Larenstein.

Sharp rise
TU Delft has risen sharply in the rankings. Last year, the university was at position 23, now it finishes eleventh. Since the beginning of this year, TU Delft has a sustainability coordinator. Professor of Climate Design & Sustainability Andy van den Dobbelsteen (Faculty of Architecture) is working on a plan - the Climate Action Plan - that outlines how TU Delft can be CO2 neutral in 2030. His right-hand person, sustainability researcher Deirdre van Gameren, who helps calculating the plans, thinks this development has already contributed to this year’s rise.

“We are only six months in. Some projects we have not been able to submit to SustainaBul yet because they were still in their early stages,” says Van Gameren. “Take for example the all-vegetarian kitchen at Architecture. We’ll probably rise further next year.”

Not just environmental targets
In drawing up the ranking, the students looked to see what kind of information they could find themselves first, after which the institutions had a chance to respond. The final ranking took into account their submissions.

The best institutions don’t just address sustainability in the obvious disciplines such as environmental studies, Studenten van Morgen explained, but incorporate the theme in all their programmes and research projects. In evaluating business practices, the students look at things like green energy, the cafeteria and mobility.

Nonetheless, even the top scoring institutions can still take “giant steps” in sustainability, the students suggest. The seventeen sustainable development goals published by the United Nations should be used as a guideline to move forward. 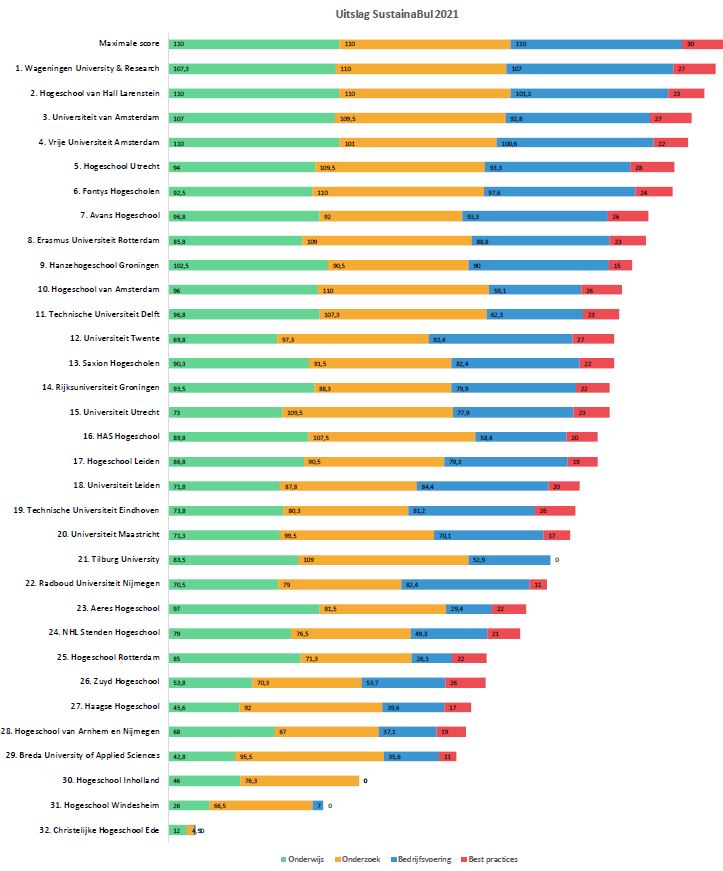 Face masks can be taken off, and work on campus may resume

The lifting of restrictions shortly means that face masks can be taken off and staff can return to campus. For students, not that much will change.
Campus

To support the hospitality industry, Delft is easing things for terraces, live music and small events. Student associations will also be able to do more.