The corona crisis has had a major impact on the well-being of employees. They have less energy and experience feelings of sadness and loneliness. (Photos: Marjolein van der Veldt)

Almost half of the staff and almost 80 percent of the students at TU Delft have recently felt down due to the corona crisis.

These were the findings of a survey that Delta ran with the research bureau Newcom. The survey was done among staff and students of nine institutes of higher education. In total, 1,202 students and 871 employees filled in the survey. At TU Delft, the numbers were 209 and 112 respectively.

Staff members
Since the outbreak of the coronavirus and the closing of TU Delft on Friday 13 March, two of the three TU Delft staff members have worked entirely from home. This has brought physical discomfort. ‘Working at an Ikea desk on an Ikea chair is far from ideal’ and ‘Why does TU Delft not offer its employees a discount on good tables and chairs?’ staff members write .

While more than half of all staff are experiencing mental or physical complaints while working at home, one of the seven hope to continue working from home. ‘I prefer working from home and will not rush back to campus.’

Well-being
The corona crisis has had a major impact on the well-being of employees. They have less energy (47 percent) and experienced feelings of gloom (45 percent) and loneliness (47 percent). ‘I moved to Delft just before the pandemic and know very few people in the city. It is terribly lonely sitting in a room on your own the whole day.’ 65 percent are also worried about the people around them.

‘Just asking how it is going is not enough’

Several staff members are also displeased with the attitude of TU Delft. ‘I get the feeling that there is a lot of pressure to ‘just’ go on. It is neither realistic nor wise to demand so much from staff. Since when is just going on at any cost one of the core values of TU Delft?’ There is a clear call for more emphasis to be placed on the well-being of the staff. ‘Just asking how it is going is not enough.’

A different opinion
Still, there are also staff members who do not share the negativity of their colleagues. ‘I read in Delta’s newsletters that people are depressed because of working from home. But this is hardly the case in my department. I wonder if we are the only ones?’ 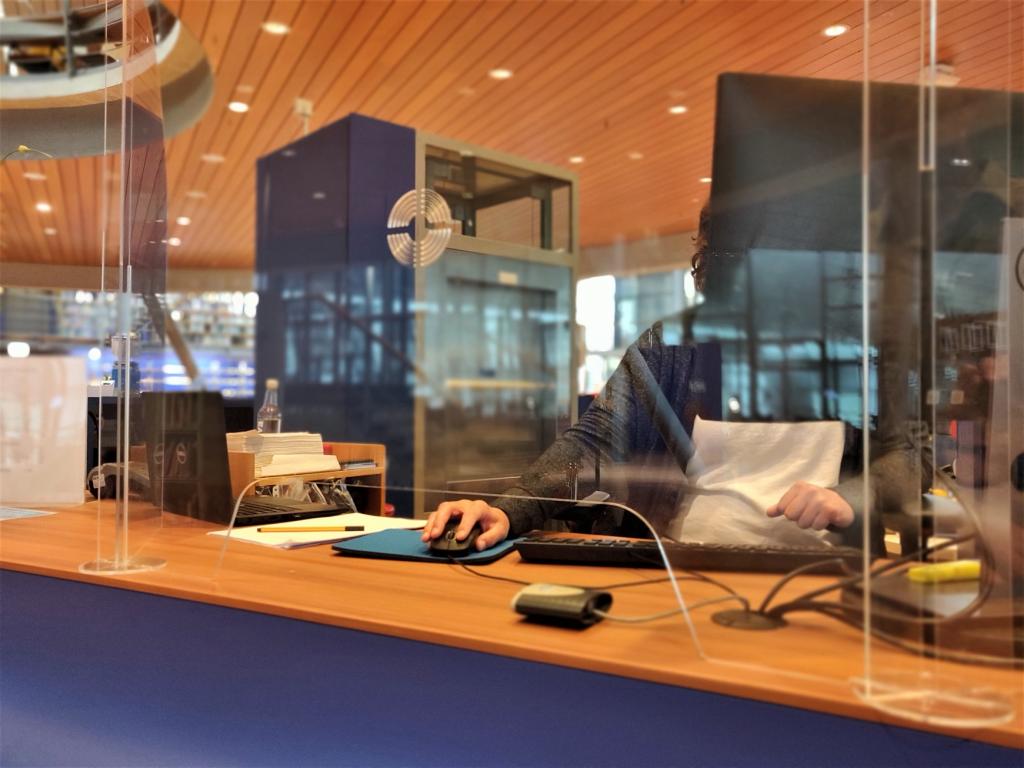 Some people really miss their colleagues. ‘I miss the chats; social contact on the work floor is really important.” While translating the work atmosphere into an online environment is a challenge, the appreciation of staff for their colleagues is not suffering (7.6).

Dejected students
More than six out of ten students are experiencing a lot of problems because of the corona crisis. They have less energy and a lot of stress. Almost 80% of the respondents have felt down or dejected recently. They miss contact with their fellow students. ‘No joint breaks, no group work. I have much less contact with my fellow students and that makes me feel lonely.”

Staff members have also seen that students are struggling with their mental health. They are concerned about the welfare of students both in the short and the long term. What social impacts is the crisis having on students? And are recent graduates finding jobs?

Students tend to focus on short term problems. For example, online proctoring (the monitoring of students through their webcams) is criticised. ‘TU Delft is not giving us a choice. If you do not agree to proctoring, you may not take the exam,’ wrote one student. Another commented that students are under such pressure that, despite the precautions, there is large-scale fraud. ‘Or they use drugs such as Ritalin or Modafinil to pass their exams.’

Unclear
Despite most students believing that TU Delft has adapted well to the situation, there is little clarity about what is expected of them. ‘It would make a huge difference if teachers could give more support. This could be in the form of summaries, notes or suggestions about the material. This would positively affect motivation and the study environment.’

Eighty percent of the students find it hard to concentrate at home and only three out of ten students work according to a fixed schedule. About half are spending less time studying than before the crisis. In general, TU Delft students rate online studying a 4.5. That is lower than the average of all institutions (4.7). 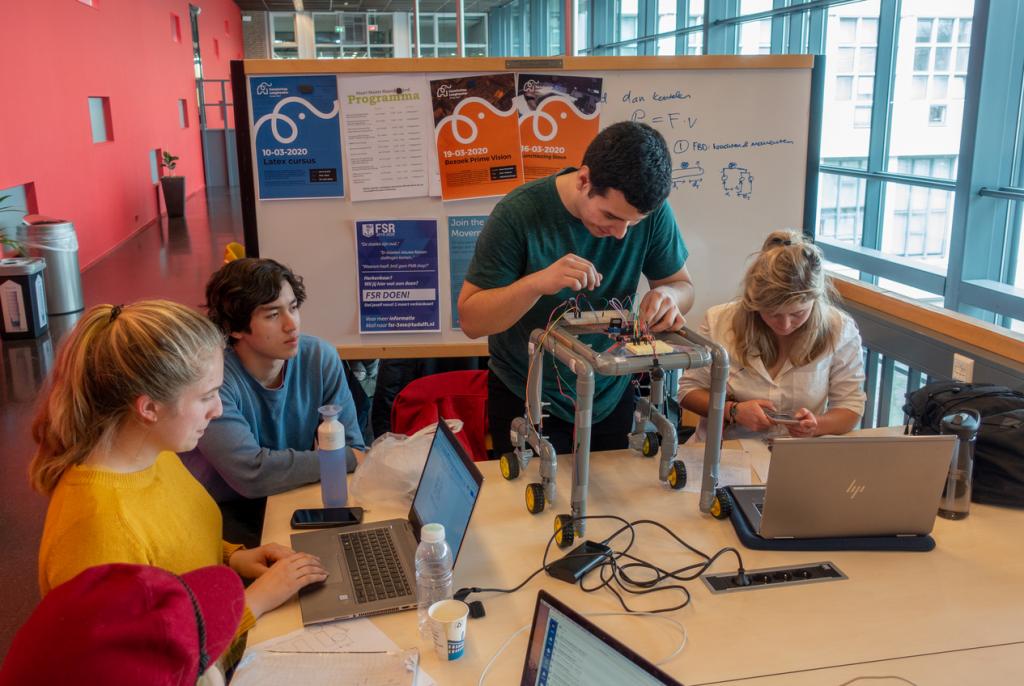 Many students miss group work, as in this photo from just before TU Delft closed. (Photo: Lucas de Leeuw)

Several students say that they have to choose between paying their rent or paying their tuition fees. A discount on the institutional tuition fees would be a great relief, say these students. ‘I would then be much more relaxed and would be able to better focus on my studies.’

That TU Delft is not easing the restrictions as quickly as the rest of the Netherlands is a thorn in the flesh for more than half the students. ‘It is frustrating that everything is opening up in the rest of the country, but that TU Delft is still in a crisis situation.’ Staff members are clearly more positive as 70% is satisfied with the current pace.

Concerns
Staff and students are most concerned about the economic effects of the corona crisis on the Netherlands. There are also positive effects, such as both staff members and students having more contact with family and friends.

‘Climate change is actually something you can do’

Dr Irene Fernandez Villegas aims to inspire a sustainable attitude in her new role as Faculty of Aerospace Engineering Sustainability Officer. “I want to create a change.”
Campus

Under the spell of Bitcoin: ‘I will graduate without any study debts’

Since January, bitcoin’s exchange rate has broken all records. Its rising value is attracting many new investors as nobody wants to miss the boat. Including students.