Terzi was Associate Professor at Aerospace Engineering from 2005 to 2014 and was the chief vehicle designer of the Superbus (in Dutch). The Italian worked in the Formula 1 scene, first as an engineer at the then unbeatable Ferrari (the Schumacher era) and later as Head of Aerodynamics with the Williams team.

More or less by chance
TU Delft’s aviation expert Joris Melkert met her around that time. As members of the three person management team of the Superbus project, he and Wubbo Ockels would work closely with Terzi for years. “We met Antonia more or less by chance when we heard that she was at TU Delft to learn more about vehicle dynamics. As soon as we started talking to her, her amazing qualities shone through and she was offered an appointment as an Associate Professor and Chief Vehicle Designer of the Superbus.

Role model
Terzi accepted the challenge and moved to Delft. Melkerts says that “It was a privilege to be part of a team with someone who was so good at what she did. Apart from a lot of substantive knowledge, Antonia was also a special person to work with. She was unwavering and did not let anyone walk over her. Many saw her as a role model. She was one of the first women to make it to the heart of Formula 1 and was also one of the first female Associate Professors at Aerospace Engineering. She was also very modest and always said ‘I’m just doing my job’.” 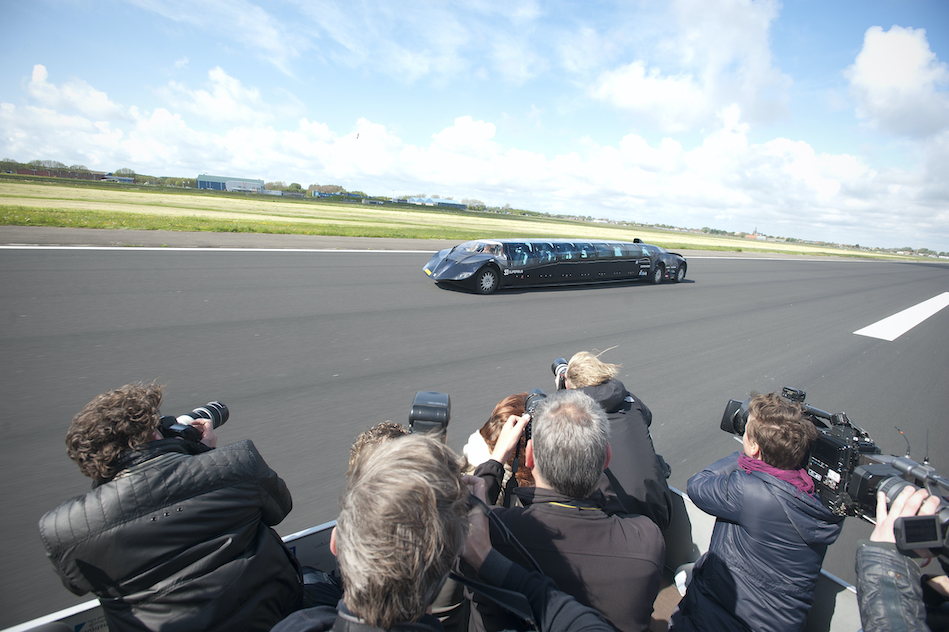 One of the world’s top experts
Terzi’s qualities were distinctive throughout her career, which Melkert goes on to describe. “By 2014, we had achieved most of our goals. We had run a test programme with the RDW (Netherlands Vehicle Authority) and the bus had been issued a number plate – handed over by the Minister herself. Antonia then left for Great Britain to work as Head of Aerodynamics and Acoustics at Bentley. Her later appointment as professor at the Australian National University – which is several levels higher in the ranking than TU Delft – shows that she was one of the world’s top experts.”

Forest fires and pandemics
Tragically, Terzi never carried out her professorship physically in Canberra. Melkert explains that “During her recruitment period at the beginning of 2020 she managed to fly back and forth, between the forest fires. But then Covid-19 came along and Australia closed its doors. She worked in her professorial role for one-and-a-half years from Great Britain. Until last week. Her sister phoned me on Saturday morning with the bad news. It is so awful.”

Antonia Terzi was 50 years old. According to the Canberra Times she was ‘one of the most celebrated engineers of her generation’. News media around the world are reporting her death.