The students of University Rebellion handed out flyers on campus. (Photo: Dalia Madi)

The TU Delft arm of the University Rebellion climate movement handed over a manifesto to the Executive Board on Thursday. What do the students want?

A group of 20 students held a climate demonstration on the campus of TU Delft as part of a nationwide protest. The students, united in University Rebellion that was founded in February 2020, had prepared a manifesto. Executive Board member Rob Mudde accepted the manifesto. 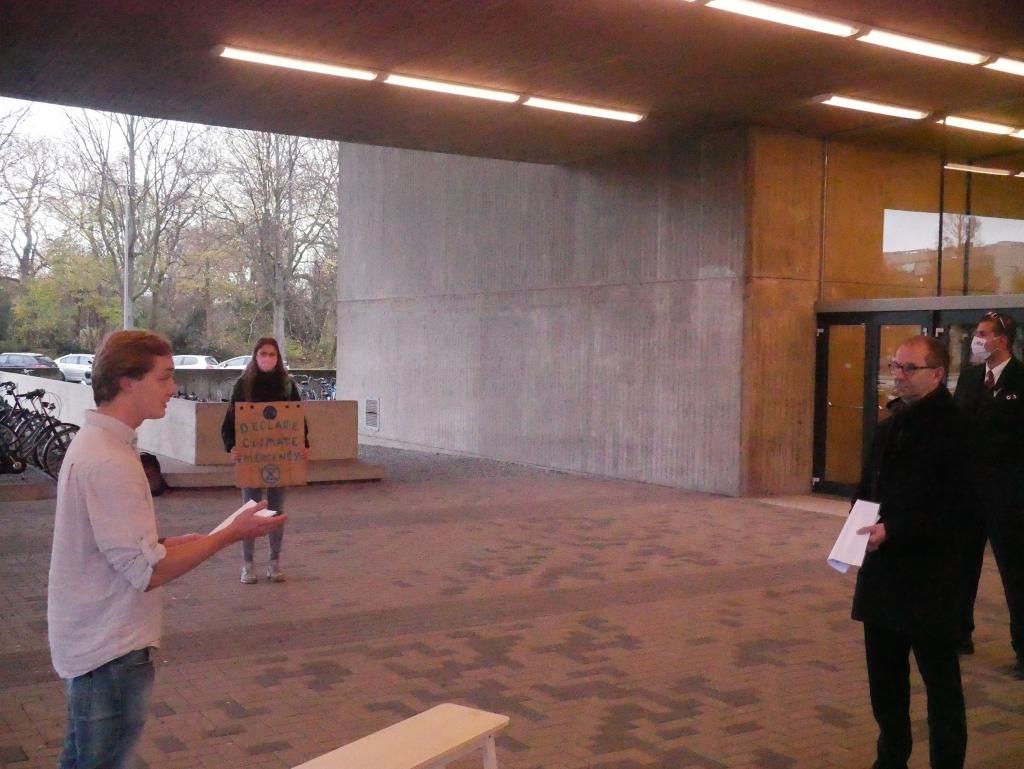 In their manifesto the students express their concerns about global warming and decreasing biodiversity. They also expressed support for the equal division of power and wealth around the world and believe that TU Delft should express its opinions on these subjects more clearly.

The students have a sizeable list of demands which they want universities, and TU Delft among them, to meet. They believe that more education on climate change and the environmental crisis is needed; that TU Delft should be climate neutral by 2025 (TU Delft is striving for 2030); that canteens should only serve vegan food; and universities should end their links with the fossil fuel industry.

They also call on universities to require partners such as banks and insurance companies to stop investing in hazardous industries and call on the Government to do more to address the climate change situation. Further, universities should deal with discrimination internally and make sure that they have a more diverse student and staff body, say the students.

While University Rebellion is pushing TU Delft to action, TU Delft is doing the same at the G20. The leaders of the 20 most important economies in the world are gathering on 21 and 22 November. TU Delft is co-signatory of a declaration of the International Universities Climate Alliance (IUCA) that targets these leaders in which they call for system change to a CO2 neutral economy.

Why is the Municipality not granting a permit for the OWee?

To avoid disruptions for school children, the OWee will be held during the school holidays. This was the response of the Municipality of Delft to Delta’s questions.
Campus