Students are more likely to choose to live on their own if their parents aren’t well off, new European research points out.

And students who do strike out on their own are more likely to have financial worries.

Students were asked to rate the financial well-being of their parents in comparison to other families using the five categories: not at all well-off, not very well-off, average, somewhat well-off and very well-off.

This emerges from a study titled ‘Eurostudent’, which compares the financial position and living situation of students across Europe. Education minister Robbert Dijkgraaf has sent various European studies to the House of Representatives for consideration.

The researchers offer two explanations as to why students from low-income families are more likely to live on their own. First, they are generally older when they begin their studies: according to the European figures the difference is more than two years.

Another possible explanation is that these students leave home because they don’t want to be a financial burden to their parents. They’re also more likely than other students to have a paid job in addition to their studies. 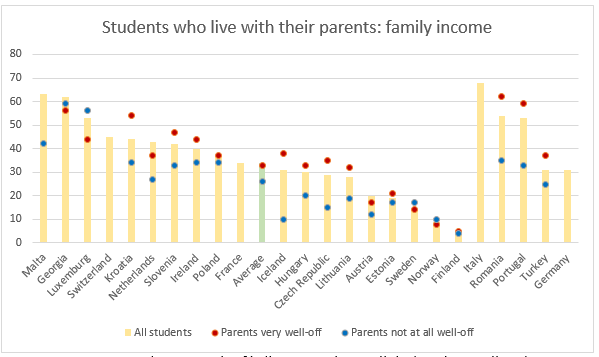 It’s cheaper for most students to continue living with their parents, the researchers believe, as this usually means paying little to no rent and free family meals. That partly explains why students who live on their own are more likely to have financial problems.

This is more clearly the case in the Netherlands than in most of the other countries included in the study. Only in Luxembourg is the gap wider than here. 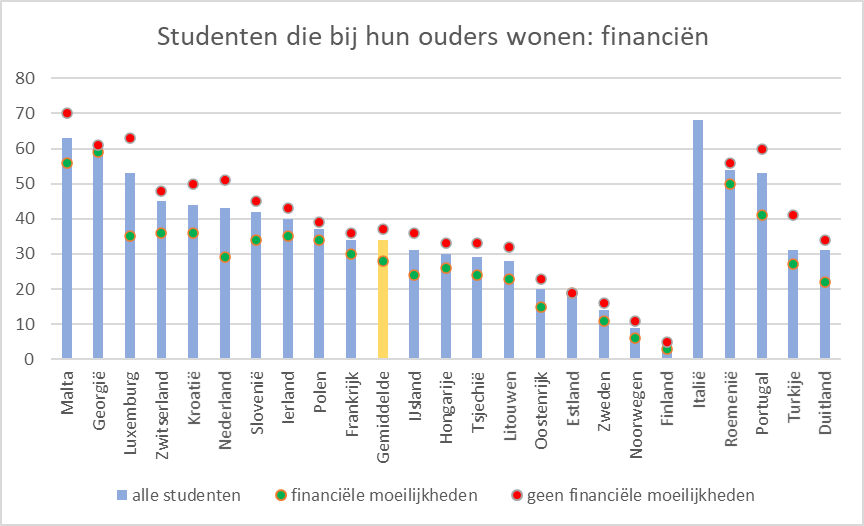 The data for most countries was collected in 2019, before the coronavirus pandemic broke out.

There are many contributing factors when it comes to financial problems among students, including the different student financing systems in place across Europe. In the Netherlands, the basic student grant was abolished in 2015, making it much more expensive to pursue a higher education degree. The new government wants to reintroduce the basic student grant.