Students on a deserted island: ‘A week in a bubble’

To learn the intricacies of fieldwork, the students used a wide range of methods to gather data about the morphology of the still very young Marker Wadden. (Photo supplied by Anne Ton)

Ten TU Delft Hydraulic Engineering master students were the first to do multi-day research on the Marker Wadden islands. “In the evenings we had the island to ourselves.”

Researching the morphological development of beach and dunes on a new man-made group of islands (see box below) is special in itself. What makes it even more special is that nobody lives there and you may stay there a week. Ten TU Delft Hydraulic Engineering master students and their supervisors even wrote a little bit of history. In the young life of the Marker Wadden, they were the first group of students to carry out research from the field station and the group accommodation. They were there for the Hydraulic Engineering fieldwork module.

Social experiment
Florine Speth is one of the students. “I really wanted to do it, but did see some parallels with social experiments: ‘Go to a deserted island for one week with 10 students who you barely know’. But it was wonderful, especially at the end of the afternoon when the last ferry with visitors left and we had the island to ourselves. The peace and quiet, the deep darkness at night. It was amazing and we could go stargazing. I was also pleased that the island nature reserve staff and the visitors were interested in what we were doing. They regularly asked us about our measurements. That really underlined how special it is to be able to do research here.”

Bubble
That the students were able to learn the intricacies of fieldwork was in part thanks to the contacts that researcher Anne Ton has with the island’s owner, Natuurmonumenten (an organisation that protects the Netherlands’ natural heritage). She had been there about 10 times for her PhD project (in Dutch) and knew that Natuurmonumenten were pleased to welcome researchers there (in Dutch). “I had been there when the islands were just a sandy bulge. I have really seen them develop.” 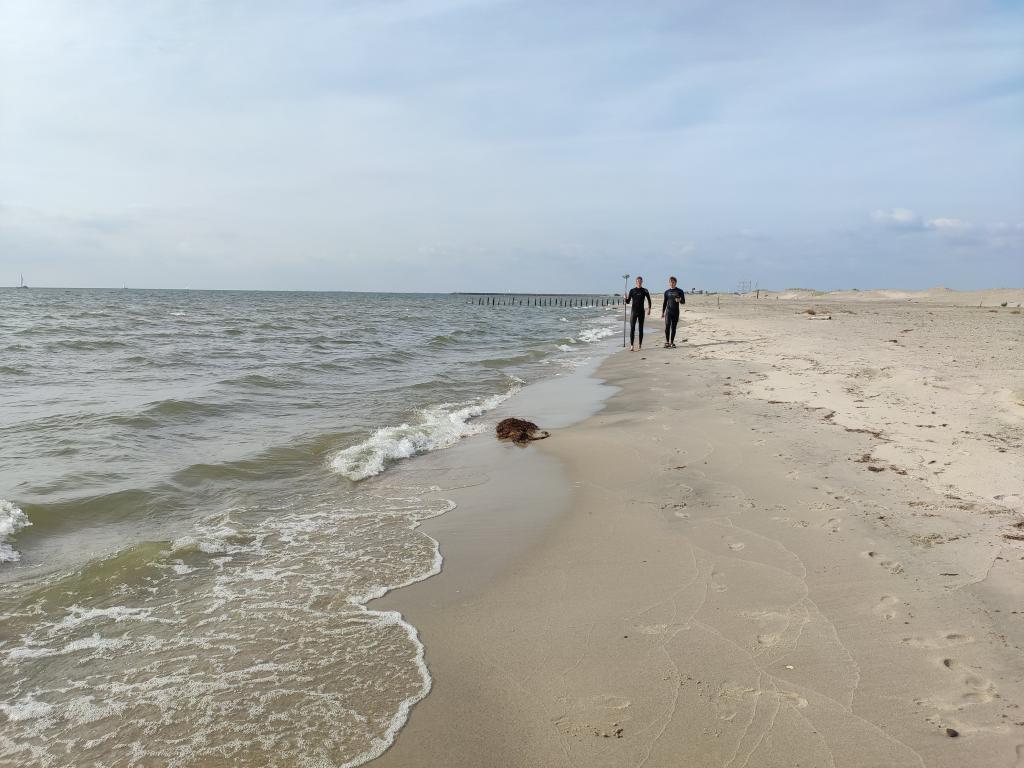 Despite her familiarity with the Marker Wadden, Ton had never spent a night there. “I wondered if I were over-romanticising the idea of staying there. But I didn’t. You really are in a sort of bubble if you spend a week on a deserted island. In the evenings especially I had the feeling that I was cut off from the world, while in fact we were not far at all from civilisation. We could clearly see the lights of Lelystad and Almere from the island.”

No quick visit to the lab
Fieldwork in a special place needs special preparation, says student Koen van Asselt. “One of the big challenges was to bring all the things we needed with us, both food and research equipment,” he says. “You also really need to think hard about what you will need. You can’t just whip to the lab or the hardware shop to get something. This taught us to improvise on the spot.” 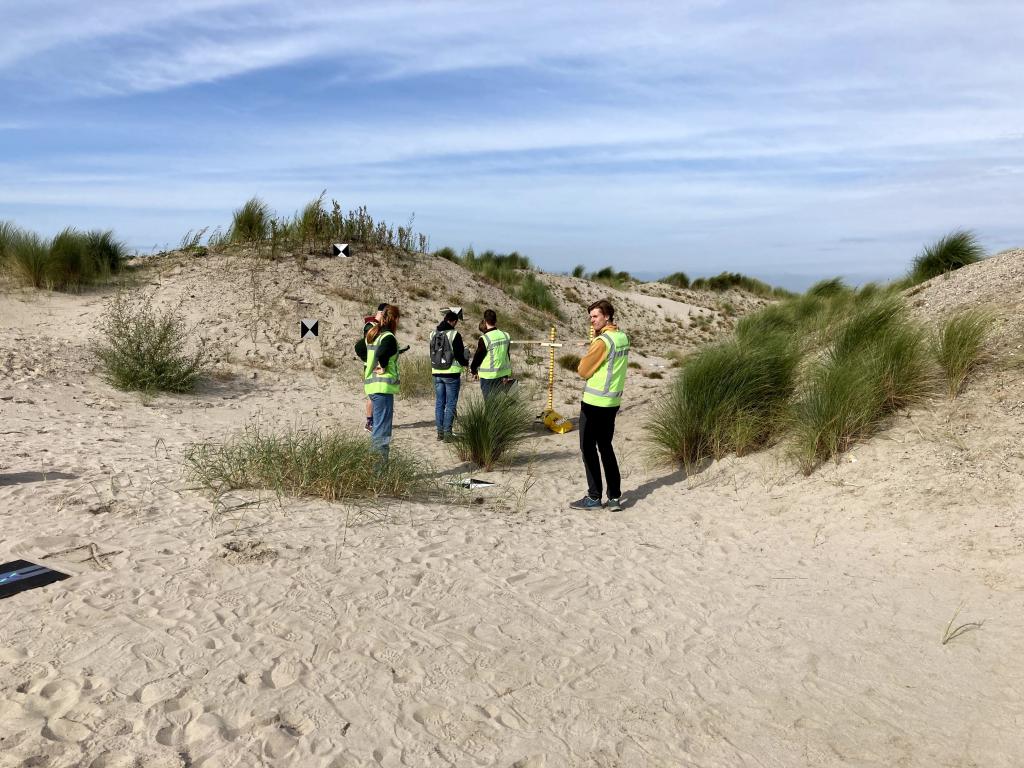 The students put in long days. From 09:00 to 19:00 they paired up to do all sorts of measurements. Van Asselt was relieved to be busy outdoors the whole day. “And that while working closely with others. The contrast with the corona distancing of last year could not be bigger,” he says. He also praises the group dynamics among the 14 students and supervisors. “Everyone was completely committed to the fieldwork and making it successful. The short debriefing sessions in the evening were rarely short. We usually talked for a long time about interesting observations. I have no more doubts – put a few coastal engineers on a deserted island and they will automatically become subject fanatics.”

Valuable data
The week on the island did more than just teach the students fieldwork skills. Researcher Ton says that “To protect the Marker Wadden islands it is hugely important to understand their behaviour. The data from the students’ measurements are very valuable in this.”

Photographs supplied by Anne Ton, taken by the students and supervisors of fieldwork hydraulic engineering (c).

The TU Delft solar racers will have to compete in the Solar Challenge in Morocco without their coach now that Morocco has closed its doors to flights from the Netherlands.
Education