Student housing market to remain out of balance

Students looking for accommodation in a municipality with a limited fixed supply of housing will often end up opting for residential space not specifically aimed at them. (Photo: Chris Reichard)

Cities with student housing shortages are planning major construction projects over the next years. Nevertheless, researchers expect that will not be enough, such as in Delft.

Commissioned by the minister for housing, Kasja Ollongren, the ABF research agency has mapped out the supply of student housing in the twenty largest student cities and created projections through 2025. Thus far, the National Student Housing Monitor only focused on the demand for housing.

Flexible
The researchers distinguish between a fixed supply of housing traditionally occupied by students and a flexible supply appealing to starters and singles as well. The fixed supply is currently good for approximately 35 percent of the total supply of ‘student housing units’ and is expected to grow significantly faster in the years to come (1.3 percent annually) than previously (0.5 percent annual growth). This is partly due to municipal development plans, but it is also a result of greater hesitation among students to secure independent housing.

In most of the municipalities where the student housing market was tightest in 2017-2018 (Amsterdam, Utrecht, Rotterdam, The Hague, Haarlem and 's-Hertogenbosch), a relatively small proportion of students live in the fixed supply, with a large proportion in the flexible supply (see Table 1). The national average is 54 percent fixed to 46 percent flexible.

Students looking for accommodation in a municipality with a limited fixed supply of housing will often end up opting for residential space not specifically aimed at them. They must compete with other target groups to secure housing, often paying more for less floor space in the end.

The number of residential units in the fixed supply is expected to rise by 11 percent by the 2025-2026 academic year based on expected municipal demolition and development plans, along with conversions of single occupancy homes to multiple occupancy homes and vice versa. The growth will be fastest in Leeuwarden, Haarlem, The Hague and Leiden, with Wageningen (36 percent) leading the pack.

Also read our series: How do Delft students live?

The student housing market will be ‘in balance’ in only ten of the twenty student cities. Of the six cities where the housing shortage is now most acute, only Utrecht will succeed in reducing the shortage of fixed-supply student housing from 4,000 to 2,000, according to the researchers. The shortage is even expected to worsen by 1,000 units in Amsterdam. The researchers also expect that the room shortage in Delft will not be resolved in the academic year ‘25 -’26: there will still be 3,000 rooms short. 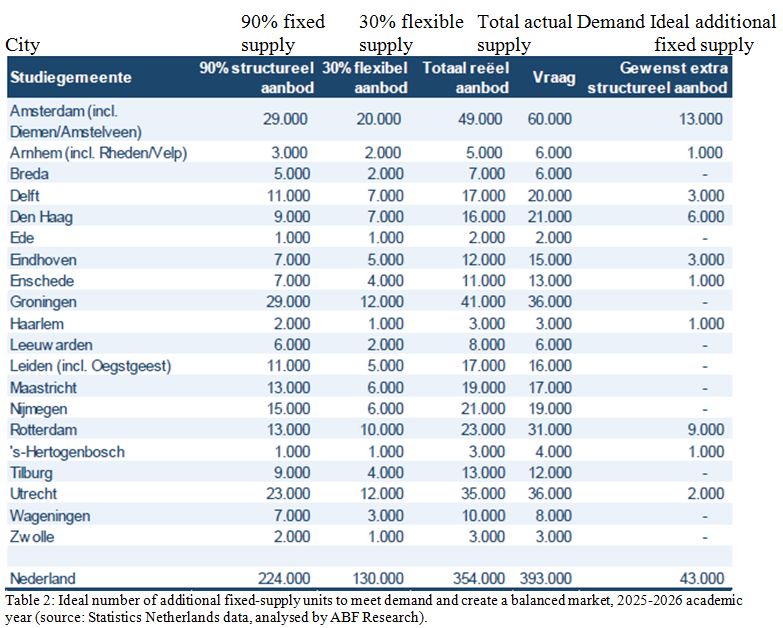 Climate hoax, anti-vaxxers, nitrogen crisis – mistrust between science and the articulate public is growing. I-Lab-U is an invitation to bridge the abyss by speed-dating.
Campus

The Municipality of Delft is looking at whether a rental team could provide support in cases of room scamming. This was its written response to questions from Stip.
Campus