Student with ‘flight shame’ takes the train to Shanghai

The train station of Irkutsk in Russia on the route from Moscow to Ulaanbaatar. (Photo: Marie Sam Rutten)

What do you do if you want to be climate friendly but still want to go to Shanghai on an exchange programme? TU Delft master’s student Marie Sam Rutten took the train.

Marie Sam Rutten has spent the last couple of years trying to reduce her climate footprint. It’s really important for her. She stopped eating meat, only buys secondhand clothes or sustainably produced goods, uses reusable bags to cut down on plastic and tries to limit flying to once a year.

This last one is hard. “The sheer amount of opportunities abroad makes it virtually impossible to cut down on flying for your course, research and conferences. People at TU Delft are constantly in the air, while you can easily take the train to Berlin or London.” She has felt ‘flight shame’ for a while now. “But I still don’t let that stop me. I’m sure lots of people will feel the same.” 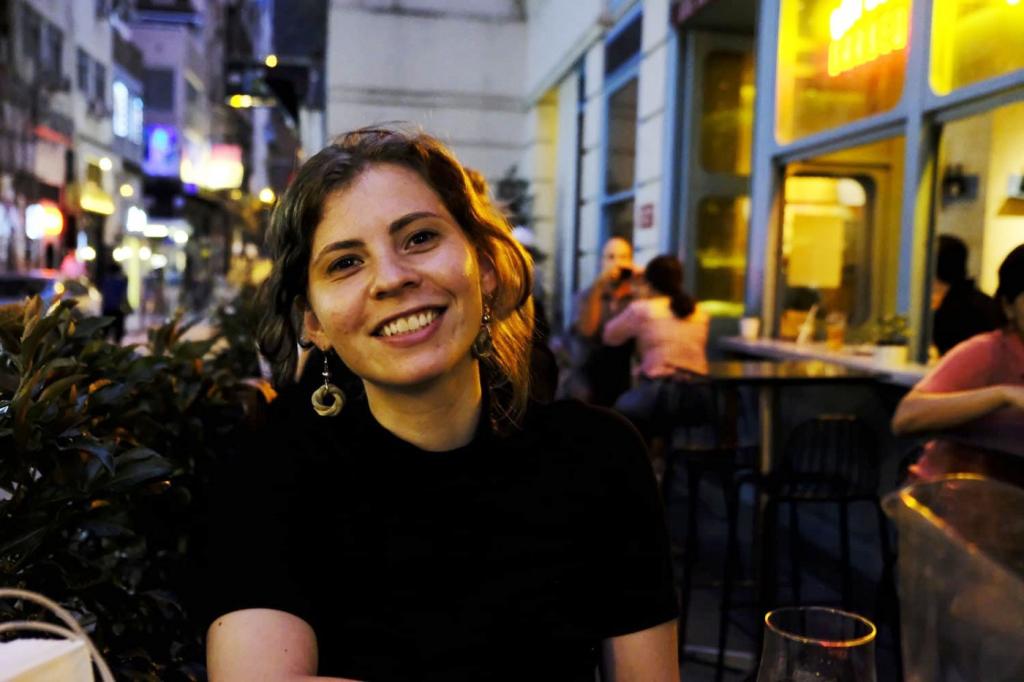 She does not want to be a burden on the environment, but she also does not want to limit herself. Last year she went to New York for a competition in her first semester and this year wants to go to Shanghai for one of her electives for the master’s in engineering and policy analysis. “Flying twice in one year and flying these distances is just too much.”

Getting a feeling of the distance travelledShe talked about it with a friend who regularly flies to Asia for his job. “At the end of the evening, I said ‘I’ll just take the train’. He apped me the next day to say that he wanted to come to experience the distance that he covers when he travels. That’s when the ball started rolling. Before that I had never thought about going to another continent by train.”

Initially the pair wanted to take the same route as the Orient Express. “But that would mean going through areas with Ministry of Foreign Affairs travel warnings such as Pakistan,” says Rutten. In the end, she chose the Trans-Mongolia Express and took the following route.

Was it tiring? “To be honest, I can sleep anywhere,” says Rutten. “We spent a couple of days in a few cities so that we could relax. We also mostly took night trains.”

On the train from Warsaw to Kiev.

The only really long leg of the journey was the four day trip between Moscow and Ulaanbaatar. “That sounds really tiring but in fact it was the opposite. You’re in a sleeper so you have your own bed. It’s four days of obligatory rest. There is no internet connection so all you have is each other, the other passengers and your books. I felt very relaxed.”

Mongolia: four days of obligatory rest, and this view.

In contrast, a less comfortable leg was the one between Beijing and Shanghai. “There are high speed trains all over China, but we opted for the slow train. We should have thought about it better as it was a night train but we had no beds. We spent the night sitting in seats with strong TL lighting opposite two other people. That trip took 13 hours.”

Handing over your passportAnd all this when you can take a direct flight from Amsterdam to Shanghai that takes about 10.5 hours. So what made this trip worthwhile? The experience, says Rutten. “The train to Kiev was an old fashioned train with Persian rugs and tea service. Once across the border of Ukraine, people only spoke Russian and no English. That was a real experience as you had to hand over your passport and you had no idea when or if you would get it back.”

Rutten also did not know what to expect from Kiev and Ukraine. “I knew that there had been a revolution, but did not know much else. I was surprised at how beautiful the city is. It is poignant how the revolution is still talked about in the city. I was deeply moved by how the people in Ukraine fought for greater freedom and a more open democracy. I had seen it on the news of course, but now I have experienced it for myself.”

Rutten was in third class in the night train from Kiev to Moscow. “No sleepers, just 30 bunk beds in a row. It was lovely to see that whole families prepare food in the train. The border control that night was very rigorous. I hadn’t expected that the guards would not speak any English at all. But the good thing is that people come and help you.” 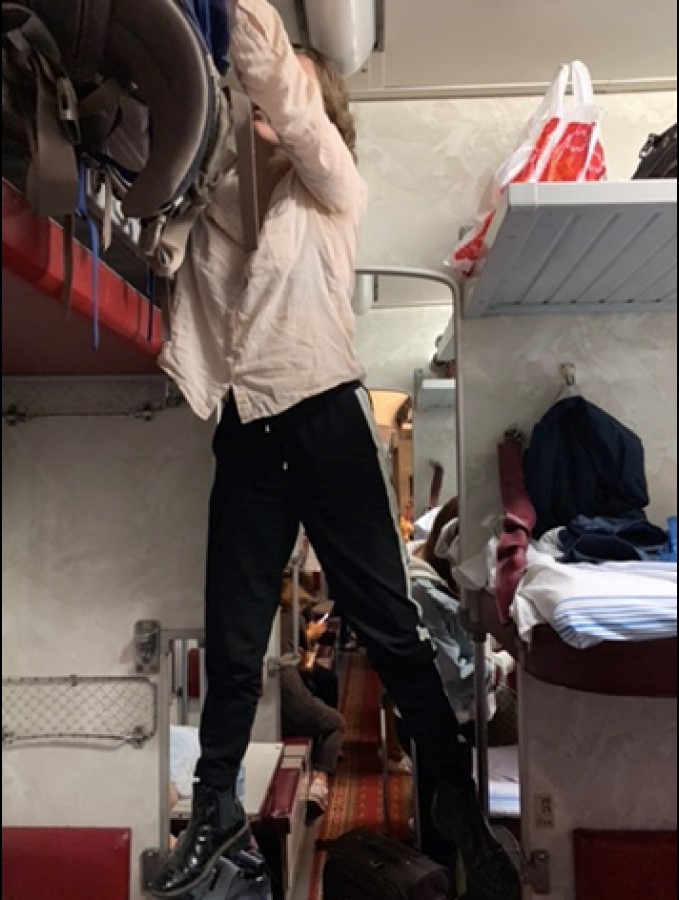 All the border controls were a new experience for Rutten as the wagons always had to be emptied and the bags were checked with dogs. This took six hours at the Mongolia-China border. 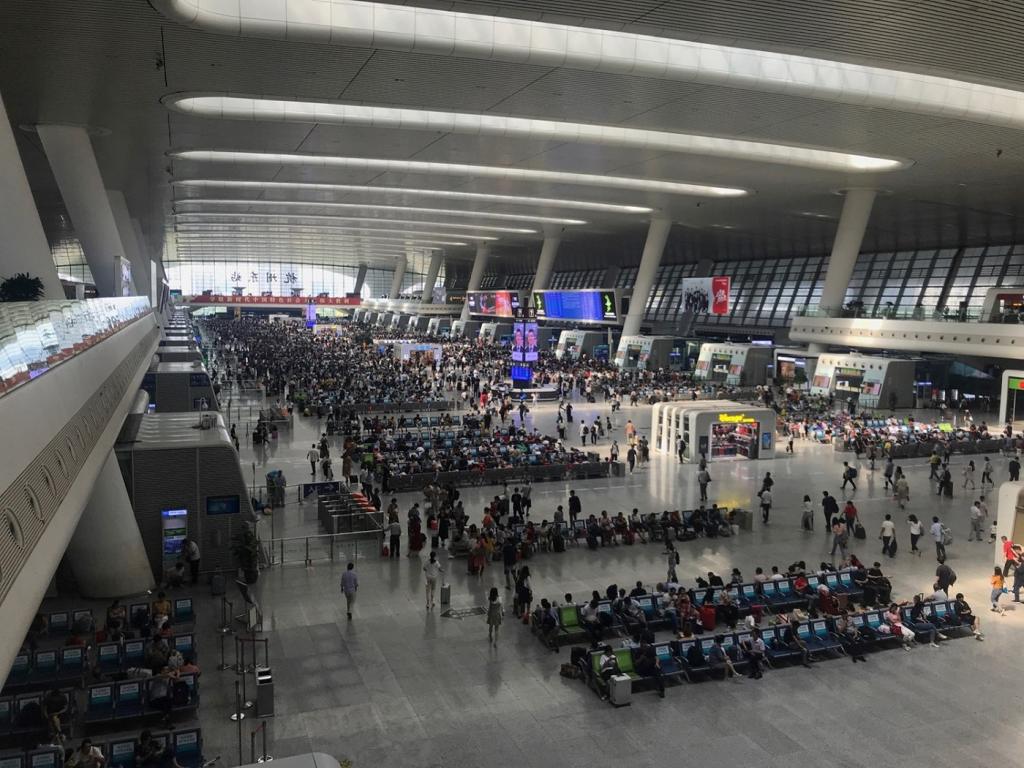 She saw so much more of the country travelling by train. She saw the ‘most beautiful landscapes’ pass by in China. “It took 8.5 hours to travel to Hong Kong and I saw a fabulous sunset. Really amazing. China’s public transport infrastructure is good.”

She talked about the environment a lot with her housemate. “He is now a lot more aware, but his job is such that he can’t continue travelling this way. Our trip took three weeks, though you could do it in two weeks. But at least he now compensates his travel and that’s already a good step.”

Maintaining contact in a different wayRutten realises that travel is a tricky issue for companies that operate internationally. “If we want to solve the climate problem at scale, it is important that companies find other ways to maintain contact. This is also true for TU Delft. We can travel by train relatively easily. We’re already doing it for study trips. You go away for half a year on an exchange, but travelling like this means you get a holiday on top of it. Fantastic!”

Rutten also realises that students need another mindset. “The holiday starts when you leave home and not just when you reach your destination. And the further away you go, doesn’t automatically mean that it is better. You can also have fun if you don’t fly.”

Rutten sees this among some students. “If you go away with a group of first or second year students and have the choice, for example, between taking the train to Vienna or flying to Marrakech, we tend to choose flying to Marrakech. People seem to think that the further away you go, the better it is and that you see more.” 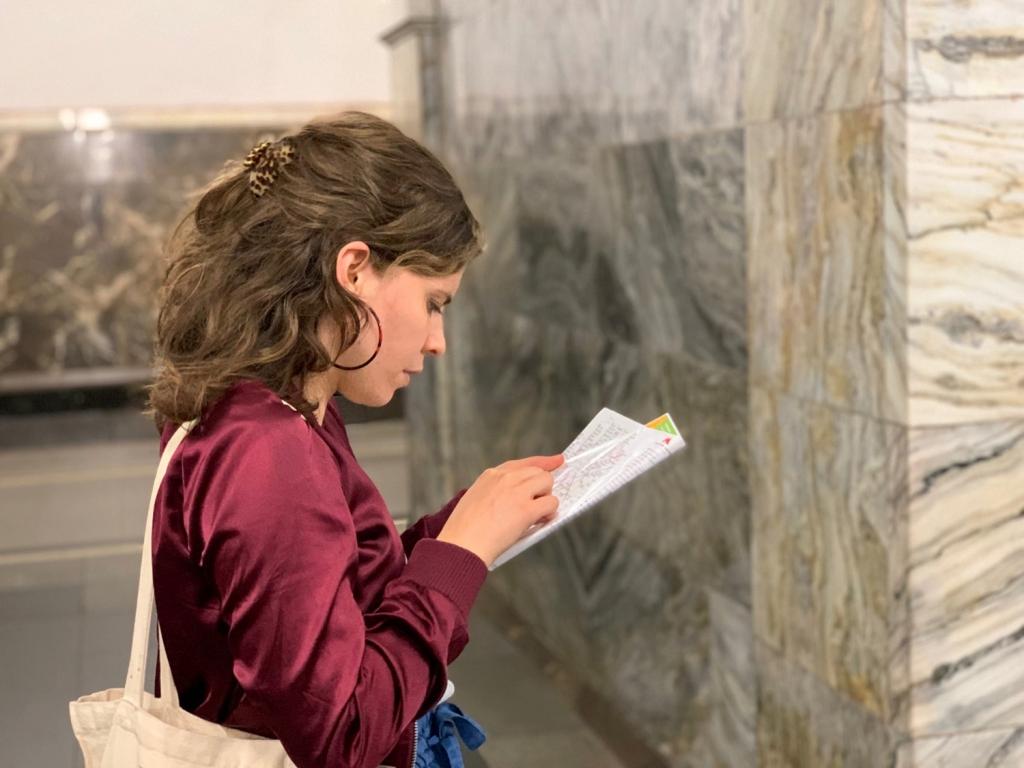 Marie Sam Rutten in Moscow: "The journey is part of your holiday."

But what if you are a scientist and have conferences abroad or you are a professor who gives guest lectures in India? “Find an alternative, like Skype for example. Or combine things. Do you really need to fly back and forth three times or can you stay somewhere for a while? In Shanghai we have lectures with universities in Kyoto and Seoul. They are given by a different university every week. We do not fly back and forth, instead, these lectures are broadcast. A great goal would be to do everything in Europe by train.”

Rutten will return to Delft in February by … plane. It will be her only flight in 2020. She thought that she would otherwise not be back in time for her lectures at TU Delft. Wrongly, it appeared afterwards. “I would have to arrange all the visas from China otherwise. That’s a bit much.”

Up to now Rutten has only had positive reactions. “Other people had never thought of the train or if they had, only for a short while as they thought it would be so much trouble.” Rutten has these tips for them.

Carin Wensveen was recently appointed as the student ombudsperson. How can she help? “The important thing is to solve conflicts so that the students in question can move on.”
Campus