Start-ups during corona: deeply disappointed, getting up and getting going again

The corona crisis is forcing some Delft start-ups to go into survival mode. But for some, it is working out. They have one thing in common: a big struggle.

Just imagine, you have a fabulous idea and after two years of preparation you can’t wait to launch your product on the market. But just when you are in the starting blocks, the corona crisis sweeps through all your plans. So what do you do? Many Delft start-ups, just like other entrepreneurs, are being severely affected by the corona crisis. “At the moment, Covid-19 is the only topic preoccupying people in start-ups,” is how Investment Director Ronald Gelderblom of Delft Enterprises summarises the mood. Delft Enterprises is a branch of TU Delft that is involved in start-ups that emerge from TU Delft.

Last month, Gelderblom took stock of the status of the start-ups associated with Delft Enterprises. “They are not in a blind panic, but they are concerned,” he says. “But they are also looking for new ways to keep afloat or to make themselves useful during the crisis. They’re deeply disappointed and then they get going again.”

TechLeap research, a government agency that helps Dutch start-ups, shows that the concerns of Delft start-ups are not unfounded. Looking at the outcomes of a large questionnaire, TechLeap concludes that the corona crisis will mean that half of all young start-ups in the Netherlands will face severe money problems within three months.

“Investment for young start-ups is essential,” says Gelderblom. These companies are often still working on research, product development and gaining market share. In normal times they have a financial buffer of about 12 to 18 months, after which they need to acquire investment again. 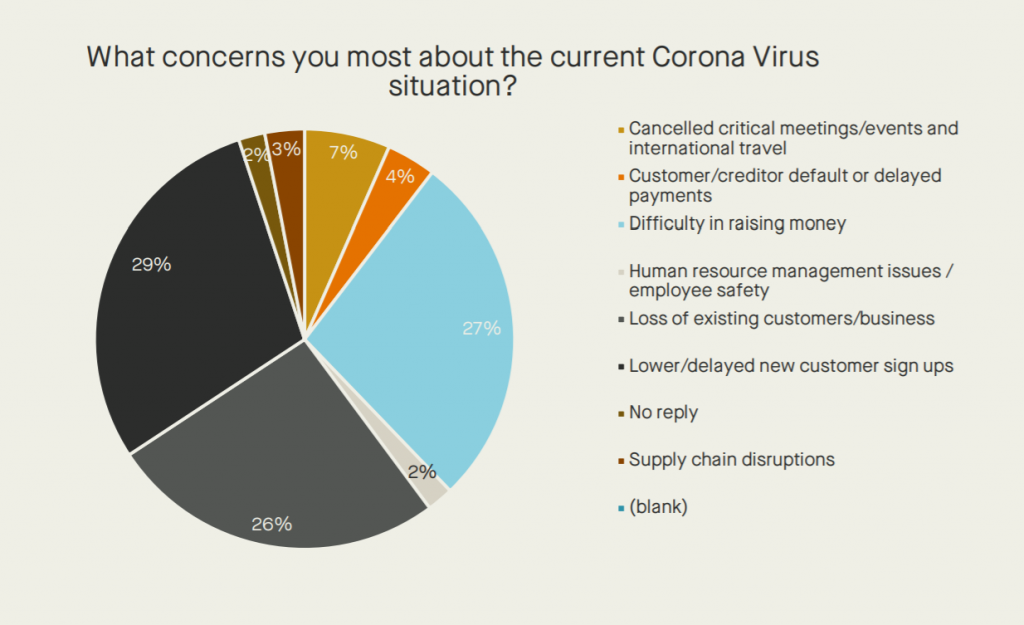 Even the start-ups that are certain of financing are facing a set of other problems. Demand for their products is dropping; the corona measures are often making it impossible to carry out tests and pilots; and all the major fairs have been cancelled. Bid farewell to that promotional tour.

Most Delft start-ups have taken steps to keep afloat over the coming months. They have scrapped vacancies and cut various budgets. These are difficult dilemmas.

At the beginning of the month, the Dutch Government announced an emergency package worth EUR 100,000,000 in bridging loans for Dutch start-ups. Good news, believes Gelderblom, but not without snags. “It’s a big amount, but it will still not be enough for everyone by far. They will have to do a qualitative assessment on which businesses are worth saving. And they will have to avoid having a huge flow of plans that were never really viable anyway. It’s going to be a daunting task for those involved.”

It’s going well for some start-upsStill, it’s not only doom and gloom for all Delft start-ups. Some of them have revised their business model or are looking for other ways of being useful. “They are not sitting still,” says Gelderblom. He cites Delmic, a company that normally develops microscopes for academic research, as an example. “They are now thinking about what they can do to fight Covid-19 and, with the input of a doctor, have thought up Diagnose at a Distance (DAAD). This is an airtight screen allowing doctors to treat patients without having to wear face masks or other forms of personal protection.”

Other start-ups are actually thriving because of the crisis. At UV Smart for example, things have exploded. Co-founder Daan Hoek explains. “Originally, we were planning to launch the D25 on the market in May. The D25 is a UV box which hospitals can use to disinfect their medical equipment.” On the request of their hospital partners, UV Smart designed an emergency version of the D25. “Hospitals are using it to disinfect face masks, anti-splash masks, heart rate monitors, and other small medical aids with UVC light.” 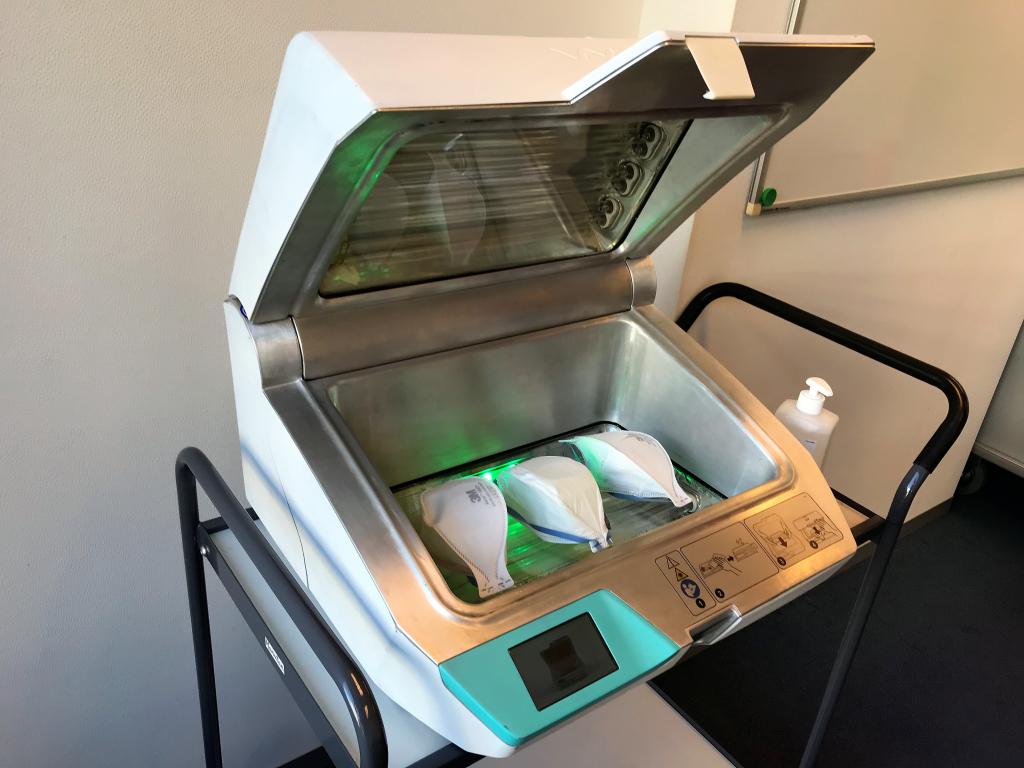 UV Smart made an emergency version of their product. (Photo: UV Smart, Delft).

Nine hospitals and several care centres are using the D25 emergency version. And the company has had orders from abroad including Germany, Chile, the United States and Australia. “I hadn’t expected this. Luckily we have a partner in Limburg that can scale up production quickly so that we can meet all the orders.”

Start-ups Smart-ships and Envision tell how they are dealing with the coronacrisis.

‘If the idea is good, you’ll get there’
Smart-Ship was founded in 2018 by Brent Kok, TU alumni Roy Kok and Jelle Tiemensma. The start-up develops technology that gives captains information on their best course and speed through haptics. “It allows vessels to sail more safely and consume less fuel,” explains Brent Kok.

Kok and his colleagues are also affected by the corona crisis. They had just launched a second prototype on the market. “Normally this is the period in which you collect lots of input to improve your prototype, but we can’t now. All our demos have been postponed too."

Smart-Ship attracted its first investor in December, and then got a subsidy from the province of South Holland. At the moment the company is safe financially. “But that money is suddenly our life jacket.” Kok is worried that in the near future companies will have less money left for sustainability and innovation. “Companies are reconsidering their priorities. I get that. The margins in inland shipping in particular – just our target area – are small so you don’t quickly opt for sustainability.” But, he adds, “If our idea really is good, we’ll get there. Corona crisis or not.”

‘We saw that things were going wrong at an American tech fair’
At the beginning of March, Envision presented a new product: a portable camera called the Envision Glasses for blind and partially sighted people. The first repercussions of corona were already being felt, says co-founder and TU alumnus Karthik Mahadevan. “But we still decided to go ahead with the launch.” A few days later, he and his colleagues travelled to CSUN, a large tech fair in the United States, to promote the Envision Glasses. “Once there, we saw that something was wrong. It was really quiet at the fair.” Other trade fairs at which blind and partially sighted people could test the glasses were all cancelled.
Mahadevan too feels that the financial tide has turned. “You feel that business valuations are lower because of the prevailing economic climate. This affects us.” At the moment the company is safe financially and working from home is going reasonably well. Is he ever down in the dumps? It’s not that bad and he’s still ready to conquer the world. “I firmly believe that everyone will have portable cameras in the future.”

Is the new homepage out of focus?