It may take up to 2043 for as many women as men to be professors. The faster increase seems to be slowing down. TU Delft is now at the bottom of the league.

The growth of women in science recently appeared to be gaining momentum, as the percentage of female professors went up (link in Dutch) by more than two percentage points in 2018, an unprecedented increase. Almost one in four professors is now female.

However, this growth appeared to slow down last year, as shown in new staff figures provided by the universities. In 2019, there were 1.1 percentage points more female professors than in 2018: 24.3 percent to be exact. 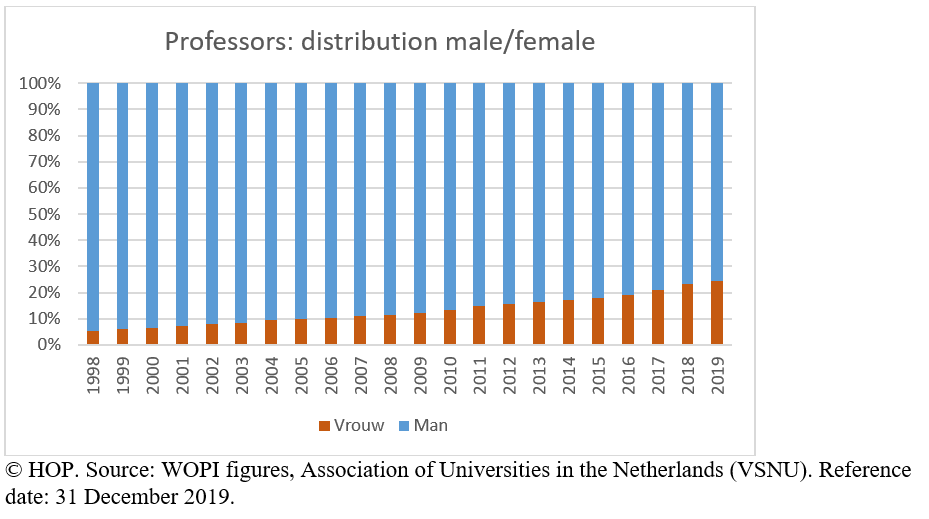 At a growth rate of 1.1 percentage points per year, it will take 23 years before an even distribution between men and women in academia is achieved. Former Minister of Education Jet Bussemaker (PvdA) created a subsidy scheme in 2017, aimed at encouraging the hiring of more female professors. The scheme appeared to be working quite well. Without the financial stimulus, however, the appointment of female scientists is clearly slowing down.

At the University of Amsterdam and Leiden University, the percentage of female professors has even declined slightly, although Leiden is still near the top of the list. The four universities of technology employ the fewest female professors, with TU Delft newly placed at the bottom of the list. In Delft, women accounted for 16.9% in 2019, compared with 16.1% in 2018.

In previous years, TU Eindhoven was always last when it came to the percentage of female professors. In 2019, however, the university managed to gain 2.9%. The controversial Irène Curie Fellowship programme could have played a role in this. For a year, Eindhoven University of Technology only opened up scientific vacancies to women. Only when a vacancy had not been filled after six months were men also allowed to apply. After a verdict of the Human Rights Board, the university stopped doing so. 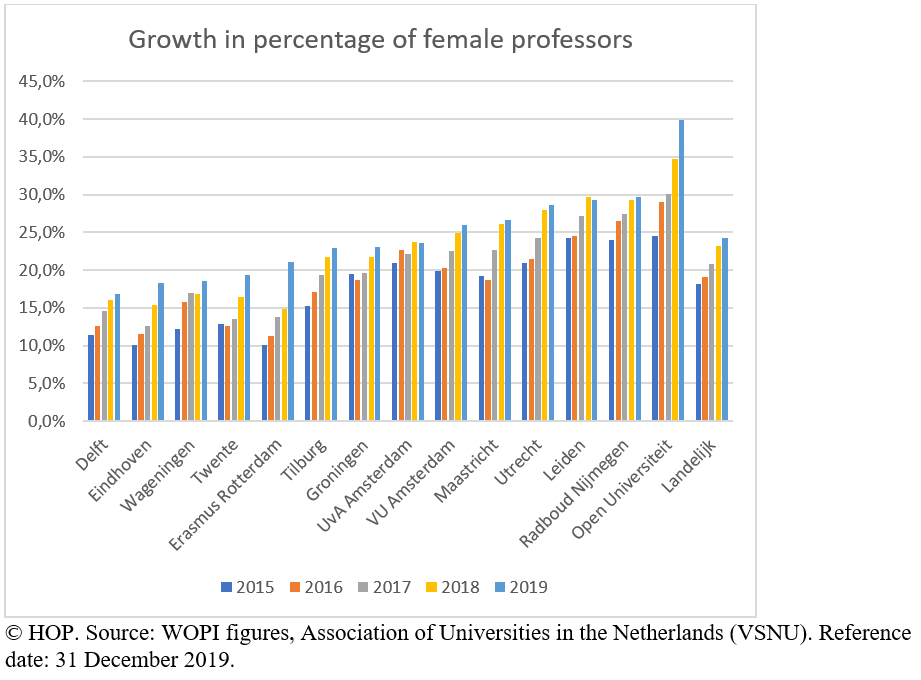 On the lower rungs of the career ladder, the number of women is currently not rising any faster. Less than 30 percent of all associate professors are female: an increase of (again) 1.1 percentage points compared to the previous year. Among university lecturers the share of women was up by one-tenth to 42.6 percent. 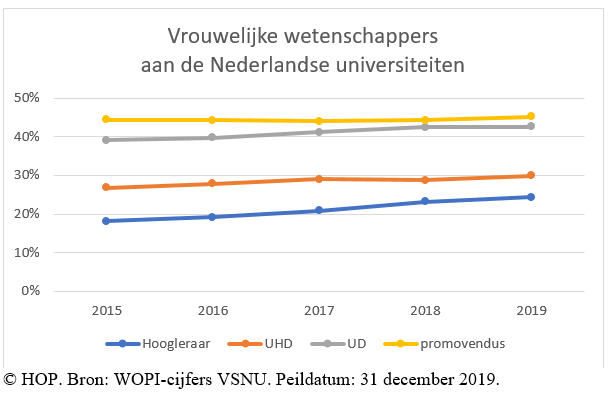 Parliament clashes on diversity in science

Right-wing parties clashed with parties on the left on how to combat racism and discrimination in higher education and research, during a debate in parliament on Wednesday.
Science

Is there a coastal expert who knows why shellfish reefs wash up in wave shapes on the beach, asked a beach photographer. TU Delft researcher Matthieu de Schipper can help.
Science