Jorik Grolle’s graduation thesis won prizes at a transport colloquium at the end of November. The jury selected it for its clear conclusions and surprising recommendations on a European high-speed rail network. The thesis won joint second place.

The most striking finding in Grolle’s research is that the market share of high-speed trains for travel within Europe as an alternative to car or plane travel, could double. However, this would require the European high-speed network being designed and managed centrally, and the costs calculated differently.

In an interview, Grolle said that “High-speed lines in Europe are now largely national islands, such as the German and French networks, which are linked by a few connections. No one is projecting major international routes at the European level such as a high-speed connection between Lyon and Turin, or long direct connections from the Netherlands to Southern, Northern, Eastern or Central Europe. The European Railway Agency could fulfil that task.” At the moment, Europe leaves the construction of HSL connections to the member states, and operation to the market.

Compensation costs for the negative effectsBy ‘a different way of calculating costs’, Grolle is referring to the full internalisation of so-called external costs, such as air pollution, CO2 emissions, land take, noise pollution and costs related to accidents. These costs are currently recovered from society. Passing on compensation costs for the negative effects of the aviation industry or road transportation to these sectors more directly would make these forms of transport more expensive and high-speed rail links cheaper in comparison.

According to Grolle’s calculations, moving from the network that most benefits the free market to a network that is optimal for society would cost Europe EUR 2.2 billion a year in public investments. In contrast, Grolle argues, investing in improved network integration would mean that the combined benefits to society and users would be greater than the investment. 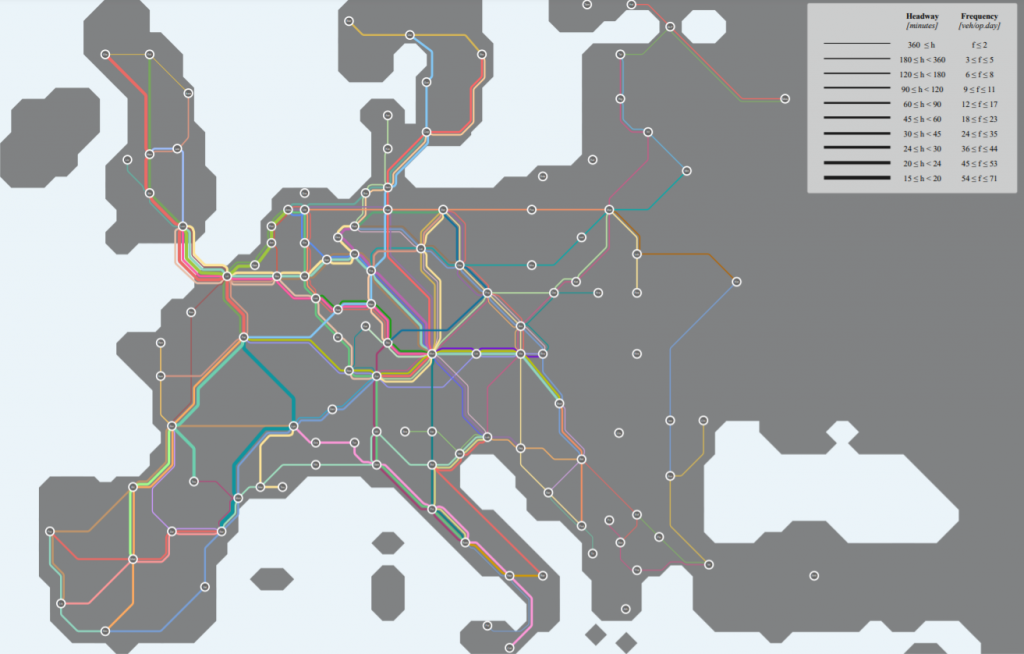 Grolle arrived at his findings by applying a mathematical model* for transport optimisation to high-speed lines in Europe for the first time. He first mapped the demand for transport between different cities using historical flight data and the mathematical model then searched for the ideal high-speed connections in a European network. This was done by compiling a large number of HSL networks and analysing how travellers use each network. Travellers could choose between air travel, high-speed rail travel and car travel. Variables included the cost of the main journey, the travel time to the station or airport, and the time spent in changing trains.

After graduating a year ago, Grolle joined Royal HaskoningDHV as a public transport consultant, just like his former graduation supervisor and now colleague Barth Donners. Grolle says that he enjoys the combination of mathematical models, psychology and a touch of politics.