Serving on a board in times of corona: instructive, but dull

Members of three student association boards talk about their activities during a pandemic. Is it doable, serving on a board from your laptop?

A ‘challenge’, ‘boring’ and ‘disappointing’ are words that are dropped when the Board Members of the AEGEE-Delft student travel association, Ariston ’80, the student football association, and the Sint Jansbrug social association are asked to describe their Board year in just one word. And they had not expected it. When the Boards were formed, in February/March 2020, the Netherlands did not seem to have much problems with Covid-19. But now the student associations are in the middle of the second major lockdown. “We normally spend much of our Saturdays playing matches and training. This has completely disappeared. It’s sad for someone with my Board duties,” jokes Match Secretary Bouwe van der Poel of Ariston ’80. Still, it’s not all doom and gloom, say the Board Members. They all believe that they have learned more this year than ever. And, it looks like the Netherlands is slowly opening up again.

Digital Board office
Bouwe and Chair Nwankwo Hogervorst and Secretary Vlei Blommers have joined the digital interview. Sophie Wentink, external Trustee of Sint Jansbrug and Rosa Kuijt, external Trustee of AEGEE-Delft were also available to Delta digitally. Instead of pulling beers in the club building, chatting with the members during physical activities or meeting in a European sister city, it is digital meetings on the cards. “You mostly sit at your computer talking to people,” says Sophie Wentink. She logs into Discord every morning at 10:00. She and her fellow Board Members have created a digital board room there. “It’s quite fun. This is how we create the ‘board room’ feeling that you would normally have in the building.” 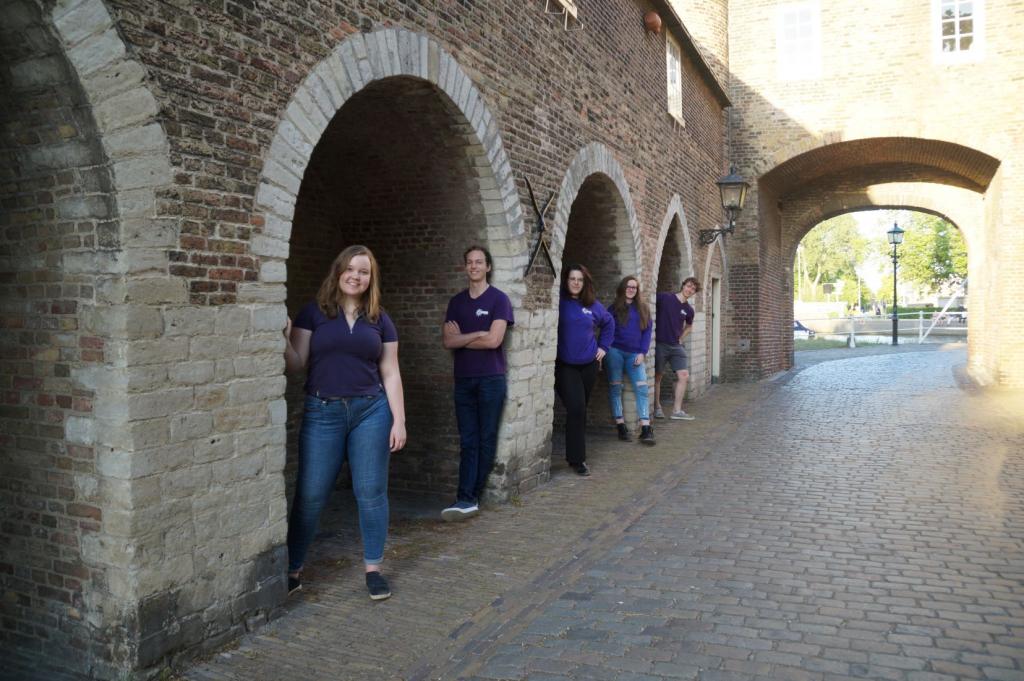 Adjusting very quickly
This is the predictable part of carrying out your board duties during a pandemic. With all the rules constantly being changed by the Cabinet, virtually no month has been the same. At first, matches could be played and then they could not. Training for the under 27s was first banned and then they were allowed in mid-March. To Bouwe, “The rules are always a surprise.” And this calls for a lot of creativity, flexibility and the ability to adapt. “There is no script this year,” says Sophie of Sint Jansbrug.

‘The rules are always a surprise’

To Nwankwo and Vlei of Ariston ’80, this is what is making this year an exceptional learning experience. “You need to adjust really fast after every press conference,” explains Vlei. “The Board is responsible for the safety of its members so the core question every time is how can we arrange things as well as we can? There is nothing to draw on. There are no old Board Members to ask for advice.” Now that the Board of Ariston ’80 is spending less time on competitions, they have time for other issues. One of these is writing plans for the future. “This is really a year of reflection,” says Nwankwo. “Other boards had to put all their efforts into sports activities. We have the time to draw up plans for the long term. We are looking ahead at what we want to change in terms of recruiting members and when we should let members flow out of the club.”

Involving members in the association
The biggest challenge for the Board Members is keeping their members involved and active. The key does not lie in the activities themselves. The associations’ committees organise enough online activities, from fox hunting to after exam week drinks where members are sent drinks boxes at home. There are also plenty of digital platforms. Members can meet up on association apps, special Discord channels or on Minecraft. “At first,” says Rosa (AEGEE-Delft), “it went very well and a lot of members came to our online activities. But that started to tail off later in the year.”  She is now trying to motivate members in other ways. “We are sending personal apps asking how it’s going or if they feel like joining an activity, for example.” Rosa and her Board colleagues are also opting for that personal approach in recruiting board members for next year. “We delivered letters ourselves. That worked well and we heard afterwards that the members really liked it.” Ariston set up an integration committee this year which had been in the planning. “It was to encourage contact among teams,” explains Nwankwo. “This is more difficult digitally. Normally people get together with a beer. Now you put them in break-out rooms and ask them to talk to each other.” 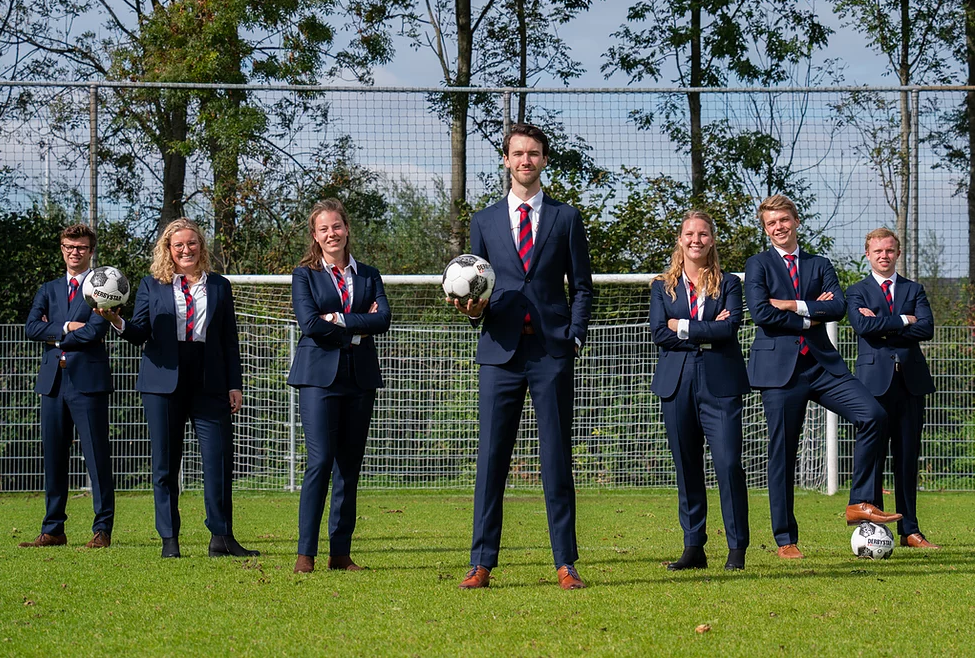 Since mid-March, Ariston members – at least those aged below 27 years – can attend football training again. It is great to see each other live again, says Vlei. “Seeing our members happily run around the field is a lot nicer than connecting them to each other online time after time.”

Hoping for more
A year of service in a board often involves personal learning goals. These are still firmly on the table, say the board members. Bouwe and Sophie want to work on their communication skills and Vlei wants to learn to take a leadership role in committees. Two skill sets that you can learn online perfectly well. “And I wanted to learn how to work in a close team. I am learning every day,” says Sophie.

Little by little, it looks like the Netherlands is opening up. And this is hopeful. “It may be wishful thinking,” says Rosa, “but we have planned a gala event at the end of the year. As long as it can happen physically – even a tiny party outdoors with social distance – my Board year will end well.” 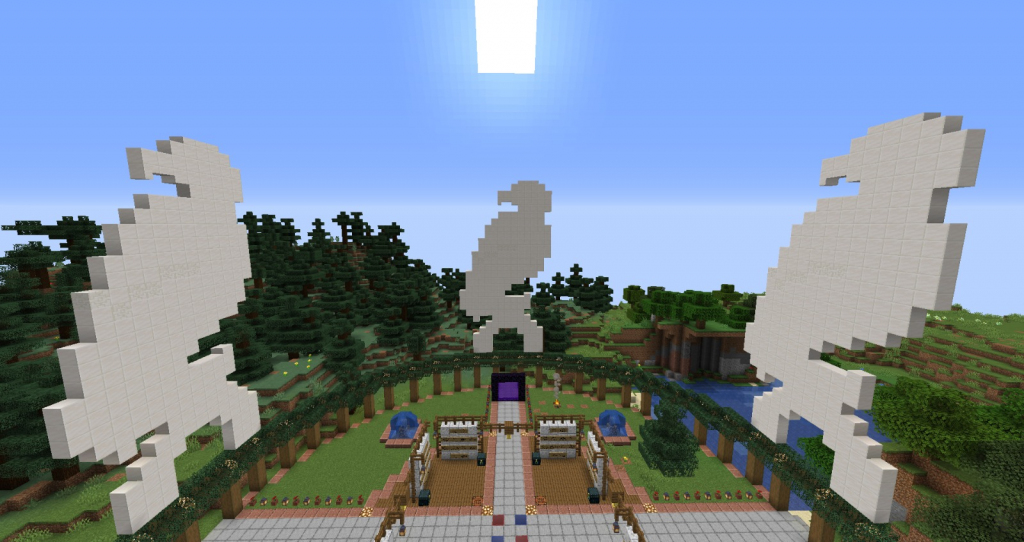 ‘Delft is quite a poor city’

The rising level of income inequality is evident in cities around the world, even right here in Delft says Professor Maarten van Ham.
Campus

Back to campus Hackathon: hacking data in the library

Better order a lot of energy drinks! During a weekend hackathon, students are going to crunch data in the hope of finding a way out of the campus lockdown.
Campus