Rector: ‘The message is growth’

TU Delft intends to grow in The Hague and Rotterdam instead of in Delft. (Photo: Marjolein van der Veldt)

Moving away from a strategy of managing student numbers to one of growth, despite things being tight everywhere, to meet the demand for engineers. This is the future scenario that the Van Ham Committee advised TU Delft for the years ahead (see the Recommendations box at the bottom of the article). The Executive Board is taking that advice on board and started a round of consultations on Thursday 15 September to see how people inside and outside TU Delft view this. Executive Board Chair and  Rector Magnificus Tim van der Hagen explains.

Why is growth a good idea?
“We constantly hear from industry that they need more technically trained people at vocational, higher professional education, and university level. Society is facing major challenges which they can help solve: nitrogen, the climate, the energy transition, urbanisation, raw materials and so on. The list is long. People with a TU Delft background are needed, in combination with people from others contexts and fields. We now have 4,000 engineers who graduate every year and we want to increase this to 5,500 to 6,000. To achieve this, you need a total student body of 40,000. This is a huge growth (TU Delft currently has 28,000 students, Eds.) that will only be successful if the entire organisation plus external partners such as the Government and companies join in.”

When should TU Delft reach the number of 40,000 students?
“How fast the process goes depends on the opportunities available and on students’ interests. Unfortunately, interest in technology is slowing down. We need to go to schools, neighbourhoods, and speak to first generation students. I cannot specify a year. The message is growth, that is what it is about.”

‘We do not want a too large cohort of international students’

In recent years you and other universities have lobbied for tools to discourage students applying. Do you not believe in this anymore?
“We indeed tried to stop the growth in student numbers in recent years. It did not work. Our concern was that the growth would just happen naturally and we were concerned about how we could explain a huge influx of students to the people in the city. We now have a different direction of thought that will hopefully open new doors, such as combinations that lead to new degree programmes. We want to take our social responsibility as the current numbers do not sufficiently serve society.”

You first discussed the growth scenario on Thursday 15 September with deans and directors (see What now? Box below). What was their response?
“The meeting was positive and I do not think that most of the people present were surprised. There is a pressing need. The thinking has started. The discussion quickly turned to how to arrange things. Should we move a faculty to another city? Or move research areas there if there is expertise there?”

Does the consultation round only cover the question of how TU Delft should grow, or also if this is the right strategy at all?
“It looks at both. If, in the next few months, it transpires that there is good reason to not do this, then we may not do it. We have identified some firm preconditions which must be met. These include that: the quality and the interconnectedness of the education and research must be maintained; there may not be any negative effects on the well-being and workload of staff members and students; the TU Delft signature must be upheld; there must be enough money; and, there must be a suitable ecosystem with adequate provisions and infrastructure. The first positive reaction was nice to see, but we also need to organise opportunities for opposing points of view and listen to people who foresee problems.”

‘Rotterdam and The Hague want us to come’

There are countless potential obstacles. TU Delft does not want to grow in Delft, but in The Hague and Rotterdam. You call this a multi-campus strategy. Do these cities not have space problems too?
“We are already in the Campus The Hague, and have strong ties with Rotterdam. Convergence (the far reaching collaboration with Erasmus MC and Erasmus University, Eds.) is even included in the Rotterdam coalition agreement. There are opportunities enough in Rotterdam Zuid. They want us to come, as does The Hague. We hear this from the Boards of Mayors and Aldermen.”

There are also issues of money and staff shortages.
“Of course money is needed, just as people, systems, infrastructure and so on. It starts with a shared commitment, such as companies that say that they need more engineers. They can help lobby in The Hague, but I hope that they will also do more than that, such as making finances available. I know that the cities want this, just as various ministries do. The Ministries of Education, Culture and Science, Economic Affairs and Climate, Health, Welfare and Sport, and even Defence want things from us.”

Is it not more logical for the other technical universities to take on this growth instead of TU Delft in an already full Randstad region?
“TU Eindhoven wants to double in size. I do not know what Twente is doing. We have considered our own situation and are already not sufficiently serving society.”

There is already a lot of pressure on the city of Delft, which was an important issue in the last municipal council elections. What are you doing about this in the short term?
“The Van Ham Commission advises moving degree programmes or parts thereof to Rotterdam or The Hague in the next two or three years. We need to look into this too.” 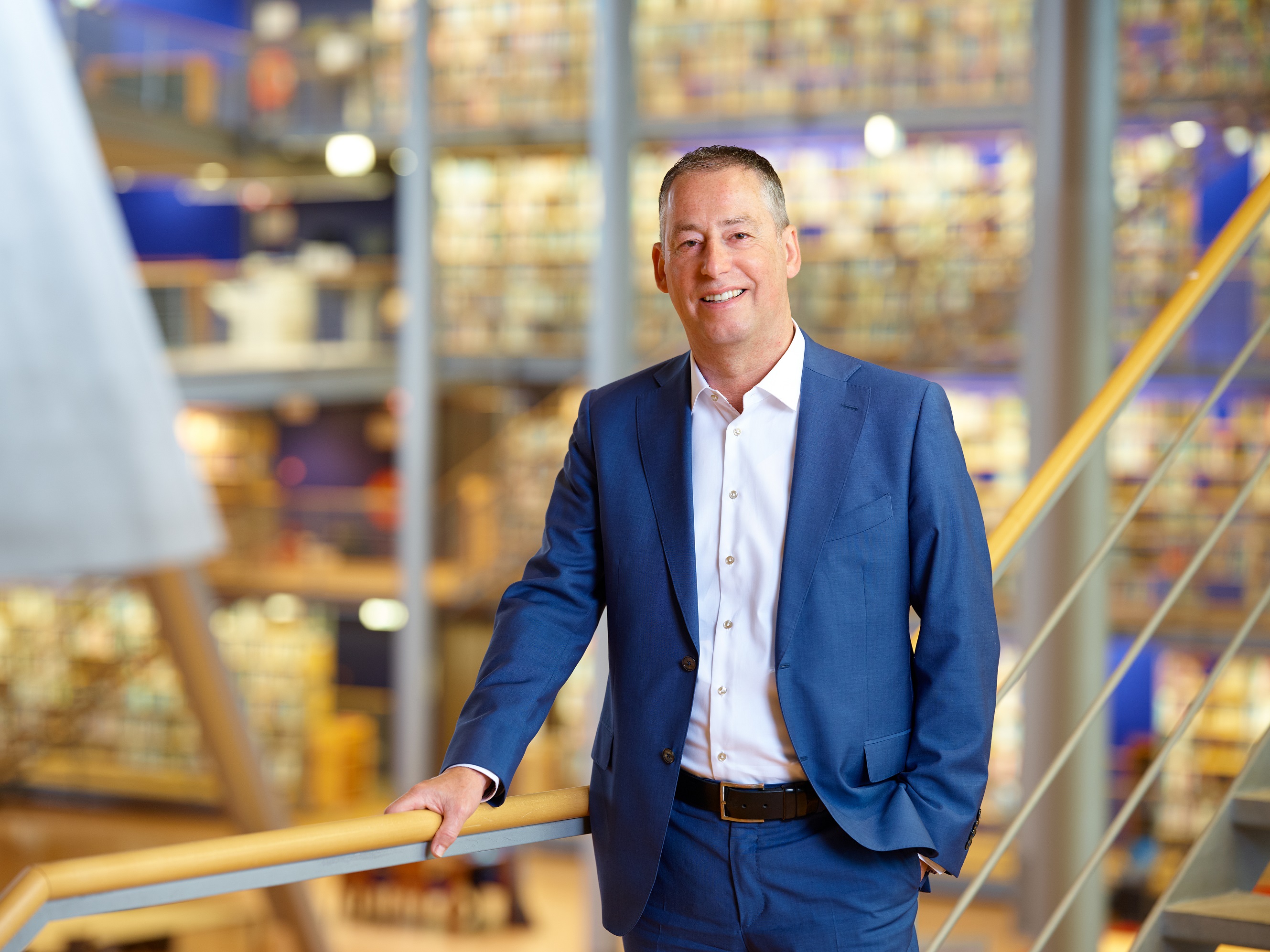 The Executive Board asked them to answer the following question: ‘What would be the most fruitful route for TU Delft to address society’s demand for engineers, taking into account the interests of our students and staff members?’ 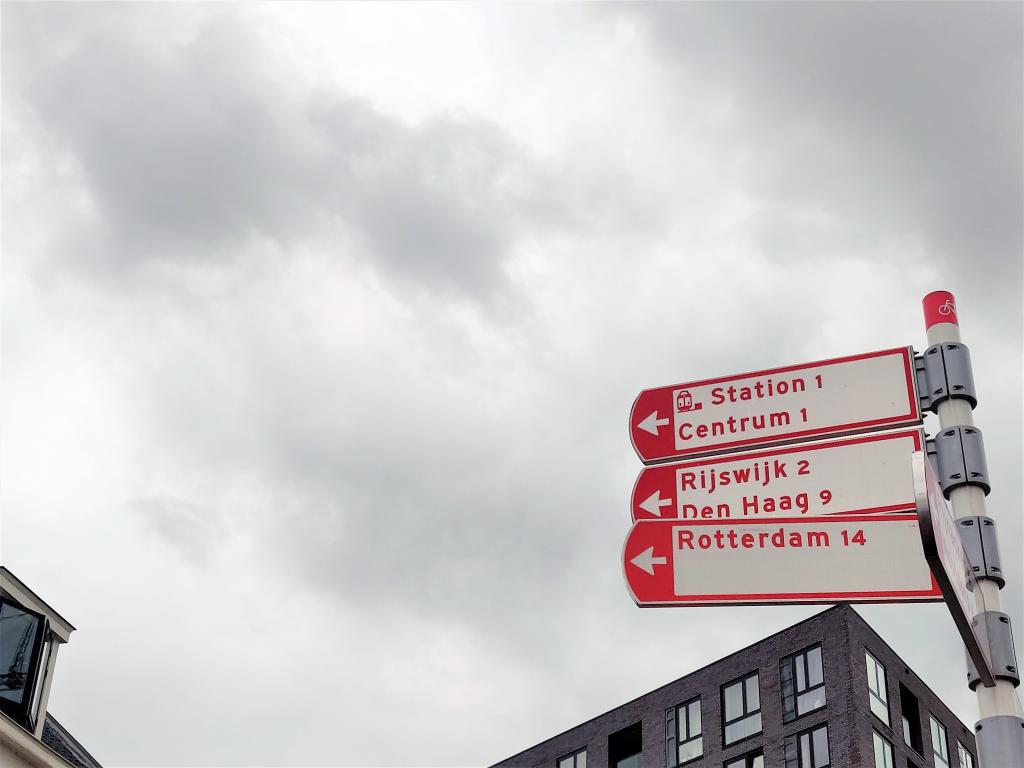 On 15 September the Executive Board started the consultation round on the growth plans. The first meeting was attended by deans, directors of the supporting services, department chairs, education directors, the Council of Professors, pro vice rectores magnifici, university professors, distinguished professors, and the chairs of the Delft Research Initiatives. As far as possible, they will give shape to the internal consultation during regular meetings.

In parallel, the Executive Board will talk to the Works Council, the Student Council and the Supervisory Board. There will also be discussions with companies, government bodies and the universities and medical centres of Rotterdam University and Leiden University. This will feed into a position to be taken in December, after which, in 2023, talks will be held about the new 2024-2030 Strategic Plan.

From April onwards, certain groups will pay for parking on campus between 08:00 and 18:00. Paid parking in public places on campus will be introduced earlier.
Campus

The municipality of Delft wants to bring this year's OWee forward by a week. Permission for the usual dates has not been granted. The TU Delft foresees chaos in the city.