Duwo hopes to start building 660 student housing units on Heertjeslaan, on Campus South, next academic year. That is far from the city, but safety has been considered.

The 660 temporary student homes will be used for 15 years, reports Duwo, the student housing provider, when asked by Delta. For TU Delft, 15 years is the limit as it expects it will need ‘this location in 10 to 15 years’ time for future development on campus’, announced the Policy Advisor, Danko Roozemond. TU sees Campus South as ‘a modern learning park, as an innovation hub and as a working area for state-of-the-art companies and institutions’, according to the TU Delft Campus South report (in Dutch).

At present, there are residential units south of the Heertjeslaan where asylum seekers are housed for a period of five months. These mobile homes will not be reused for student accommodation, TU Delft had previously announced. The student housing will not be built on the site of the housing units asylum seekers, but close to it. In choosing this location, account was taken of the safety of the students that will live there, says Roozemond. “The housing will be built in a straight line from the Heertjeslaan to retain a good line of sight so you do not need to look around corners, for example.” 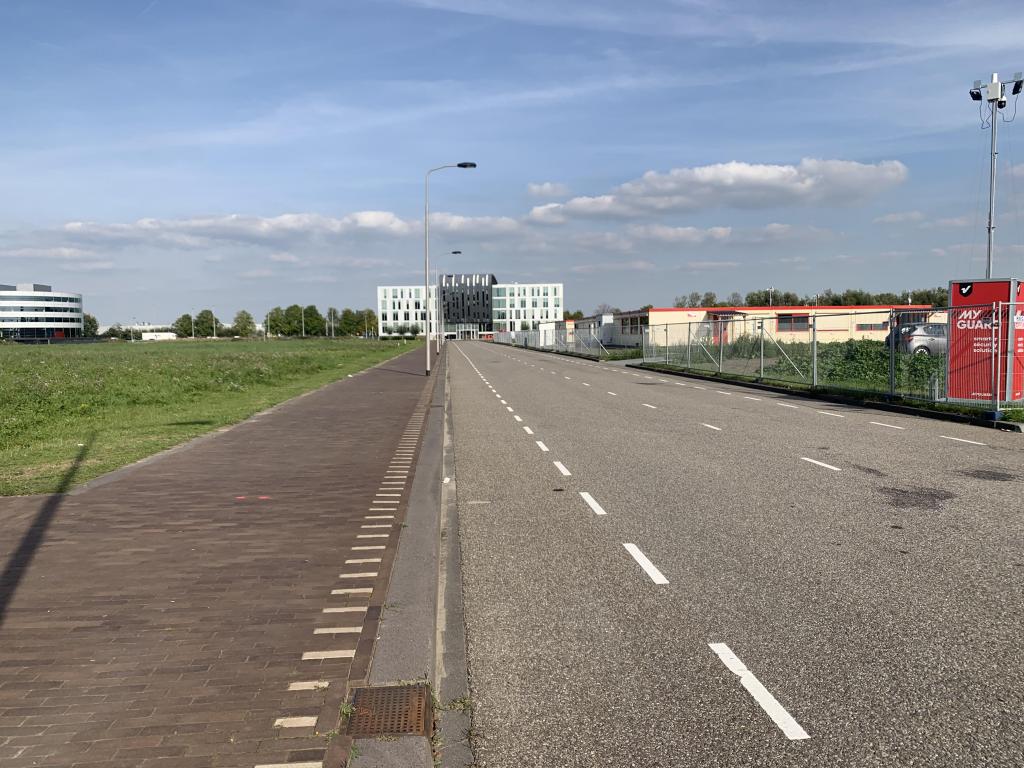 The end of the Heertjeslaan. (Photo: TU Delta)

A part of the 660 student housing units will be built according to the STING concept. This a communal space attached to several studios. This gives students a communal living space while Duwo can still build buildings that qualify for rent subsidies. Previous research by Delta shows that the large majority of students prefer communal housing above self-contained housing.

Government subsidy
According
to the Municipality of Delft’s Coalition Agreement (in Dutch), by 2030 the shortfall in student rooms will be between 5,260 and 6,111 units. The coalition parties – STIP, D66, GroenLinks, PvdA and ChristenUnie – are therefore planning (in Dutch) to build an additional 1,000 student housing units on top of the previous plans for 2,500 extra units. Aware of the shortages, TU Delft’s Executive Board announced its intention to grow 40 percent, but outside Delft.

Duwo, TU Delft, and the Municipality have been the discussing temporary housing for about two years. Whether and, more importantly, when they will be built mostly depends on whether the housing provider will get a subsidy, says Tom Hoekveld, Director of Duwo. “Duwo would rather build temporary housing for a period of 25 years. That makes it easier to make the building project viable. To make this project financially viable for 15 years, we have applied for a subsidy from the national Taskforce versnelling tijdelijke huisvesting (taskforce for speeding up temporary housing),” he explains. Hoekveld expects to have some clarity about the subsidy by the end of this year. “After that, I hope we can start building as quickly as possible, preferably in the 2023-2024 academic year.”

Alcohol is no longer permitted on the TU Delft campus before 17:00

TU Delft is early with its New Year’s resolutions. Effective on 1 January, there will be a new ‘Alcohol and Substance policy’ that is hoped will lead to a culture change.