The Faculty of Industrial Design has the fewest PhD students, but they do have the highest success rate. (Photo: Justyna Botor)

A quarter of all PhD’s employed by Dutch universities quit before completing their dissertation. What is the situation at TU Delft?

The Rathenau Institute has listed the national figures in a fact sheet. Roughly 40 percent of PhD students in law ultimately fail to complete their dissertations. Although the number of drop-outs varies from year to the next, the average percentage for law is twice as big as those for economics, agriculture, engineering and the natural sciences. In those fields, only 20 percent quit without a PhD. 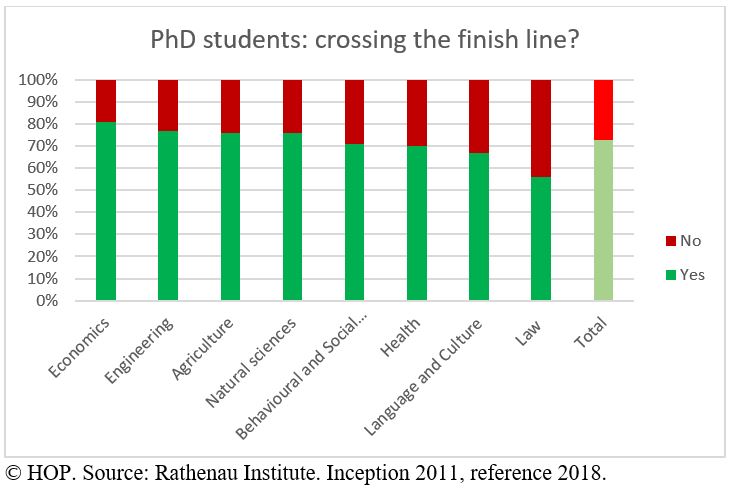 TU Delft: 17.4% drop-out rate
What
is the situation at TU Delft? The indicators available are not one-to-one with those used by Rathenau. In the TU Delft figures, the oldest starting year is 2012. This cohort, just like the ones after it, contains all types of PhD students, so also those who were not or are not employed by the TU Delft. Looking at it, the following figures emerge:

A PhD appointment is usually for four years, but PhD students generally take longer to complete their dissertation. On average, they are 33 years old when they receive their PhD title.

The TU data provide more details on the success rates (a title within five years):

In the Netherlands, about 36,000 people are currently working on a dissertation, of whom about half are employed by universities or university medical centres. The rest finish on their own or with external funding. There are also students who receive a grant instead of a salary. In May 2022, there were 3,073 PhD students working at TU Delft, of whom about a third did not have a standard employment contract but had, for example, a grant or funding from industry.

Internationals
The Rathenau Institute only looked at currently accessible figures in their new fact sheet, and have not examined why so many PhDs drop out. They also have nothing to say about the success rate of Dutch doctoral candidates in comparison to international students. The latter is also not visible in the TU Delft data. 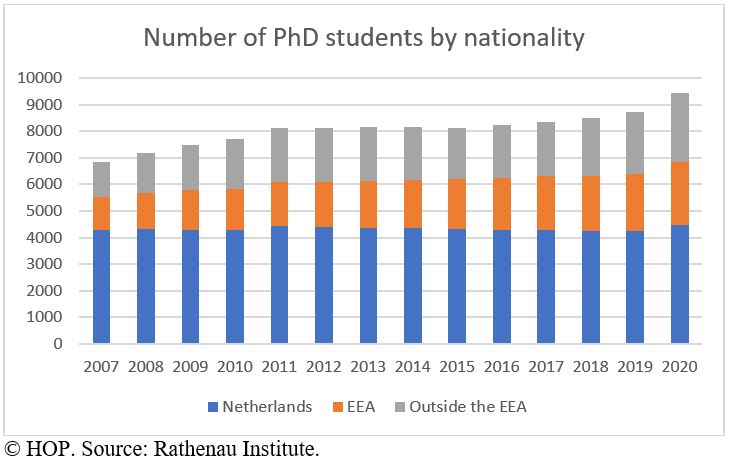