Marjolein Hartman with the book she wrote. (Photo: Bob Awick)

TU Delft students Max and Mathijs died in Scheveningen over two years ago. Max’s mother, Marjolein Hartman, wrote the book ‘Rauw’ about the period that followed their deaths.

On Monday evening, 11 May 2020, five surfers crashed near the northern harbour head of Scheveningen. Two of them were TU students: Max (22) and Mathijs (23). The accident was national news and had a great impact, also in Delft. The Delftsch Studenten Corps, where the students were members, set up a memorial.
Marjolein Hartman, Max's mother, wrote a book about Max and the period that followed his death. ‘Rauw’ is a book laden with sorrow and gives readers a glimpse into who Max Verheijen was. The book is also a lesson for those with grief stricken people in their midst.

Many of Max’s fellow students have now graduated. Is it hard for you to see them growing their wings and becoming independent while Max could never do this?
“The first year was really hard. His friends turned 23, but Max would always stay 22. This year the birthdays are less emotional. The feeling of missing Max will always stay with me. You never get used to it. But it seems that you do get used to the factors around it. This is apparently one of the ‘by factors’ and it is somehow bearable.”

You have survived one round of birthdays and found out that you can survive.
“That’s right. It is the same thing on the day of his death. Last month was the second time. I now know that the evening will come round again and I will again lie in my bed. Of course it hurts more than on other days, but it will not kill me. I have now learned to see the less dark sides. On his remembrance day my house was full of flowers that people had sent me. The fact that so many people think of you is beautiful.”

You started writing ‘Rauw’ quite soon after Max died. Is the grief now different than when you wrote the book?
“On the day after his remembrance, I woke up with a bad feeling in the pit of my stomach. My house smelled exactly as it did around the time that Max died. It was because my house, just like before, was full of flowers and they gave off a certain scent. It brought me back in time. I will always associate that particular sweet scent with Max’s death. Apart from that, the grief I feel now is different than then. At the beginning of the book, every day is a chapter because so much happened and there are so many emotions in just one day. I was always filled with emotions and hardly had the time to process them. Later on the days merged together so that each chapter consists of one or more months. I then had more time to process my emotions. I could think about what I was feeling at that point. I now have periods of feelings which last longer and are calmer so that I can start owning the situation.” 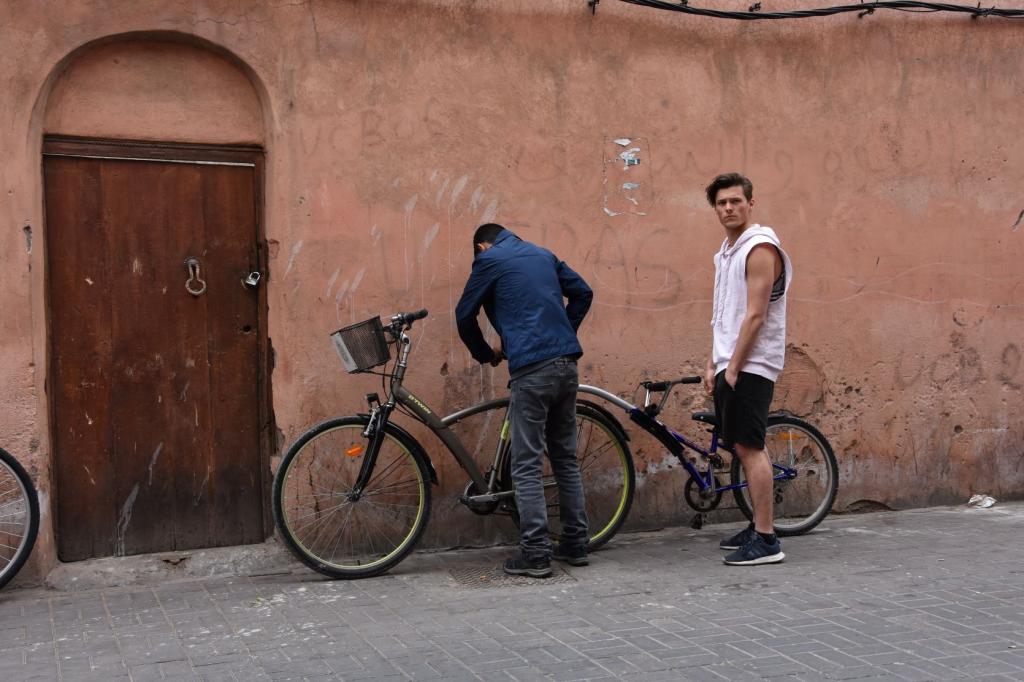 Max on one of his last holidays (Photo: Marjolein Hartman)

Do you still have contact with the parents of Mathijs, Max’s TU Delft student friend who also died?
“Not that much, though I did speak to his mother on the remembrance day. We went through the same thing. You do not need to explain anything so the conversation flows. At the same time, we handle our loss differently. Apart from that, her experience is different to mine as her son’s body was only found almost three weeks later. That affects you completely differently.”

Is there anything that makes it easier for you to have a conversation with parents who have lost a child?
“You do not need so many words to explain how you feel. I can say to parents who have lost a child that I had a good day on remembrance day. A good day could mean that I laughed and that enjoyable things happened. It could also mean that I cried non-stop all day and had lots of lovely memories of Max. They understand. With people who have not lost a child I still think about what I can and cannot say. I wonder how something will come across. If I say to them that I had a good day, they automatically answer that they are glad that things are going well with me. But that is absolutely not what I said! I almost have to quickly add that I had a good day BUT that I still need help.”

Talking about help, in your book you are quite vehement about how the people around you responded to Max’s death and to your grief.
“That’s right. Someone has to say that the way in which we are accustomed to dealing with each other after a loss is not right. I have now received at least 100 messages from parents of dead children and they all say the same thing and that is that in an odd way you can bear the loss of your child, but the people around you pull you down. People stay away, say strange things, or say things that are are not helpful. I heard people say ‘just let me know if I can do anything for you’ so many times. It was meaningless. The village where I live, Muiderberg, has 1,600 inhabitants and I hardly heard anything from any of them. They may sympathise with me, but I do not see it. Afterwards, I heard from people around me that they found it too hard to see me. Just because something is difficult does not mean that you should not do it. I have already lost my child, I do not need to lose my environment too. I am not saying that I know all the answers or that I would have done any better. But I can in any case say from experience how it should not be done and how it can be done.”

What should you do?
“When somebody has a loss like this, they still need be visible. Then you do not feel as though you have died with your son. So make the time. Buy that card. Pick up the phone or drop by. And keep doing that. Ask if the person prefers a phone call or an app. Ask if they want you to come by. Ask again a couple of weeks later as what the person needs now may be different in a month’s time. And most important, understand that every scrap of attention you pay is doing good.” 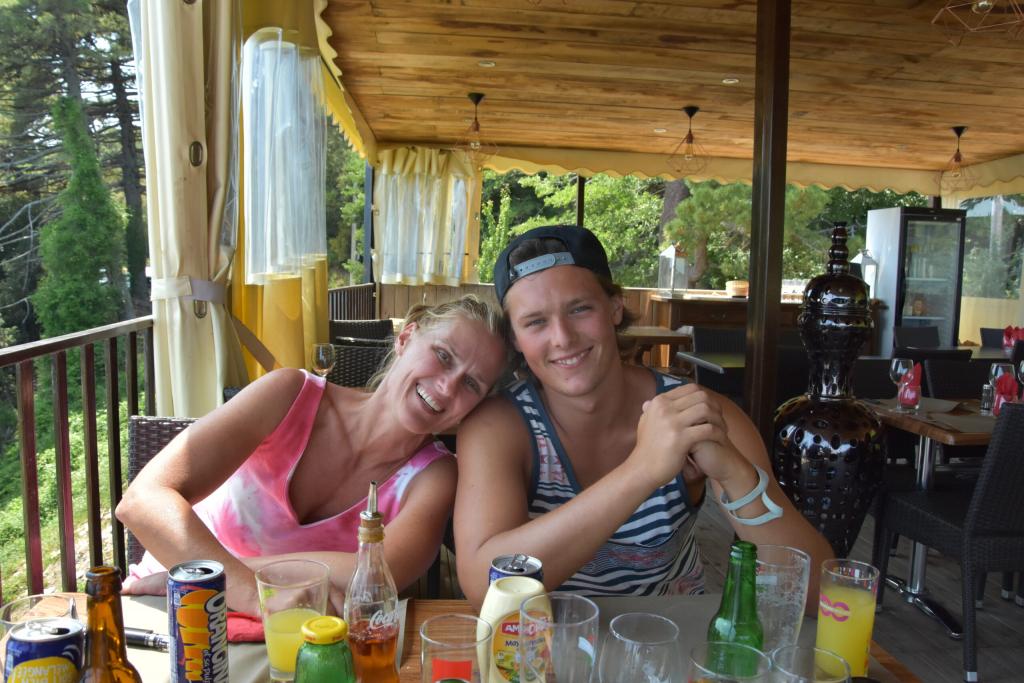 A holiday photo of Max and Marjolein together (Photo: Marjolein Hartman)

Your book generated a lot of attention. What was that like?
“I received so much positive attention and so many messages. I still remember that after the book was available for a couple of weeks it was almost a full-time job to answer all the apps, emails and cards. At a certain point I felt that things were good, that I was getting enough attention and could survive. But nobody gets that much attention as I did. If that amount of  attention is enough, it is still too little for all the other parents who have lost a child. You are simply lonely. A huge part of your life is gone and can never be filled.”

Did you pick up anything about Max’s student life at TU Delft?
“Almost nothing, ha ha. I never went to university. He could relate whole stories but I never understood them so we did not really talk about it. I remember how awful I found it when he joined the corps (student club) as I immediately had the picture of faternity boys. My son in the corps? Never! What went wrong? Ha ha.”

So did what you did see of his student time meet your image of frat boys?
“I was sometimes very annoyed. He would suddenly say ‘vo’, short for ‘bravo’. I then just wished he would behave normally. Terrible. But at the same time, I enjoyed seeing him develop. As a boy who never got this from home, he jumped right in. And after a year or two, he realised that it was not for him. He was finding his way and his journey made him truer to himself. He then even brought his childhood friend, Sam, who never went on to study, and other friends to TU Delft. His year group even had a special name for this: friends from before. They seemed to get on really well. This was typical Max, knowing something is not done and still doing it.”

At last year’s and this year’s remembrance there were a lot of TU Delft students. Do you still see them?
“For me, the students have merged into one being and ‘the students’ do keep coming. There were about 50 students at the remembrance. Everyone gave me a big hug and whispered sweet words in my ear. This does me a lot of good, even if it is just once a year. They are very open minded and are there for me. They ask honest open questions and of the whole group, no one has come to me with their grief, while older people around me do do that. They are special. Apparently, they can handle loss better. So I keep saying to them to keep being this way as people in my age group have lost this ability. Stay open and sweet. I hope that I have been able to win over a couple of hearts.”

Why is the Municipality not granting a permit for the OWee?

To avoid disruptions for school children, the OWee will be held during the school holidays. This was the response of the Municipality of Delft to Delta’s questions.
Campus