More women than men get PhD

In the past academic year more women than men got a PhD at Dutch universities. That has never happened before. TU Delft is lagging behind.

The difference may be small but it is worth noting nonetheless: in the academic year 2020/21 2,612 women were awarded a PhD at a Dutch university, as against 2,607 men. The difference is just five. In the previous year men had the upper hand, by a margin of 24. In all the years before that the difference was considerably greater.

At TU Delft, the ratios are quite different than nationally, in line with the population of PhD students. On survey date April 29, 2022, the percentage of female PhD students was 31.4 percent. Five years ago, in December 2017, that percentage was even lower: 28 percent. The percentage of women within the total number of PhDs has also been in that range for years. In 2021 it was 27 percent, in 2020 28 percent as in, for example, 2017.

During the coronavirus crisis some PhD students suffered delays and the number of PhDs awarded fell; that has now been rectified. More than 5,200 PhD graduation ceremonies took place in the Netherlands last year. 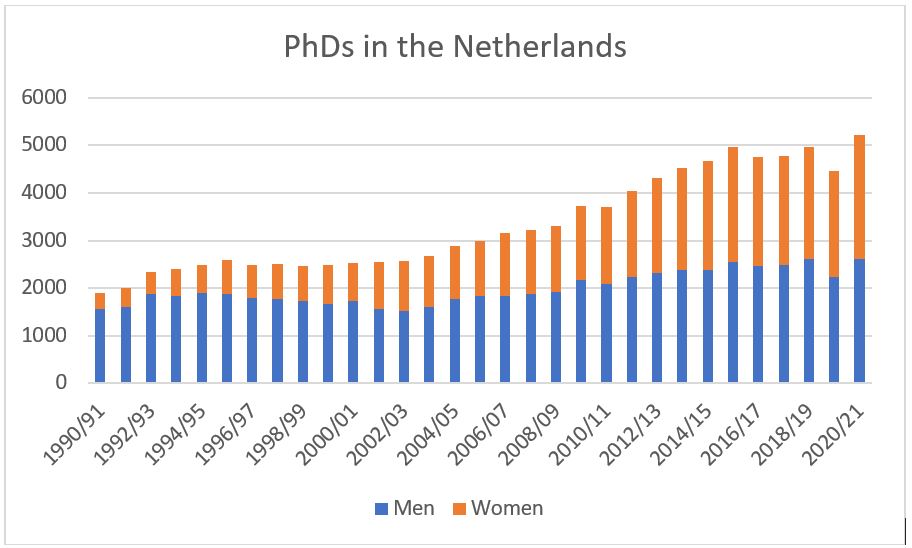 Since the year 2000 the annual number of PhDs awarded has more than doubled. Almost 40 percent of all the PhDs awarded were in the field of health and well-being, which attracts a relatively large number of women. 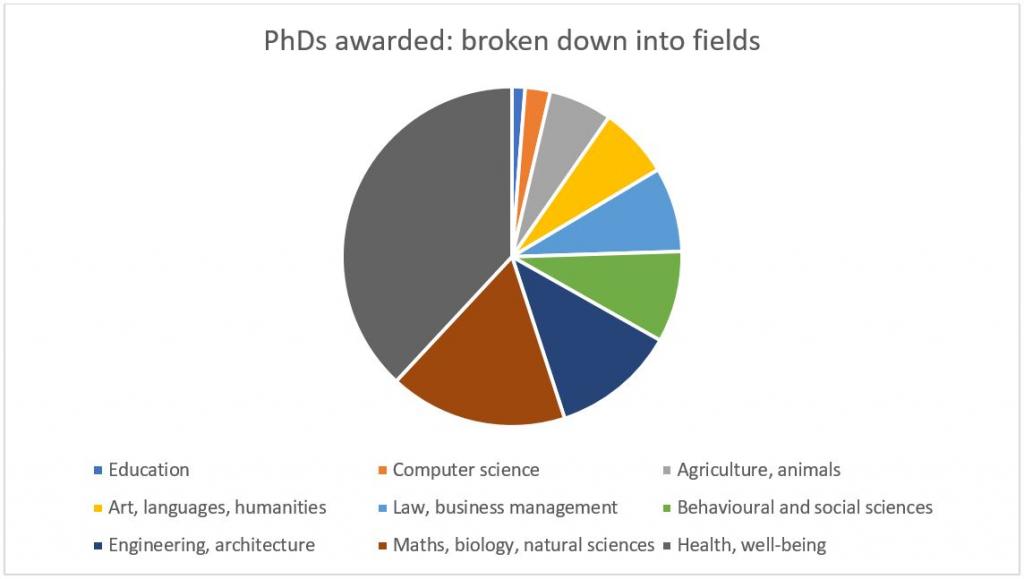 Men still have a substantial majority in the natural sciences and engineering, as is the case at TU Delft. But there are fewer PhD students in those fields. 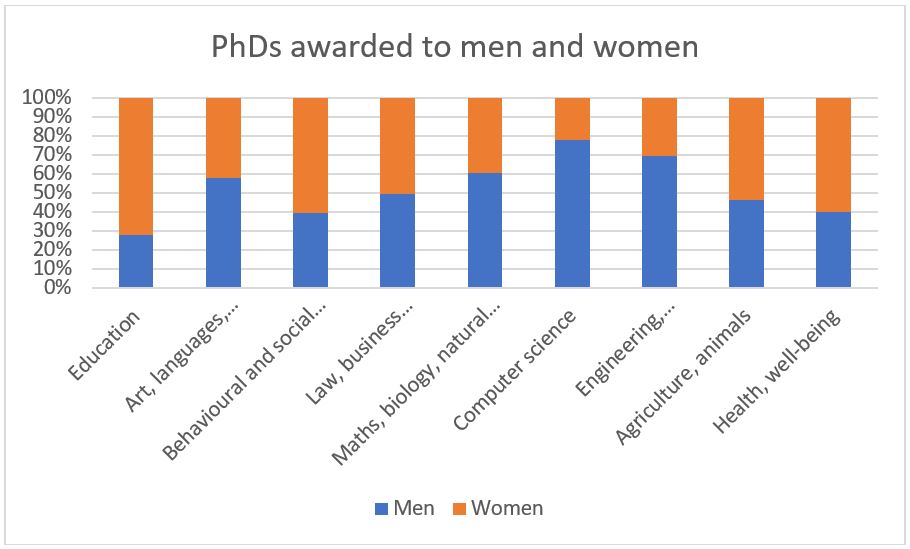