The capping of membership at DSC means that Virgiel now has more first year students than the Corps. (Photo: Roos van Tongeren)

For the first time, Delftsch Studenten Corps had to draw lots for membership. The capping of membership means that Virgiel now has more first year students than the Corps.

The Delftsch Studenten Corps’ membership has had to be capped because, in the words of a spokesperson, of “a lot of interest”. The spokesperson did not want to say how much interest, but the same number of students were drawn as had registered last year – 440. As the Virgiel student association’s new registrations grew from 410 to 447, it now has the highest number of new members.

Virgiel did not draw lots. But what they did do every day during the OWee was fix a set number of places and put any remaining students on a waiting list. “Luckily they could all join as there were enough deregistrations before the introduction period started,” says Samuel Bronkhorst, external trustee of Virgiel. “Everyone that wanted to become a member is now a member.” 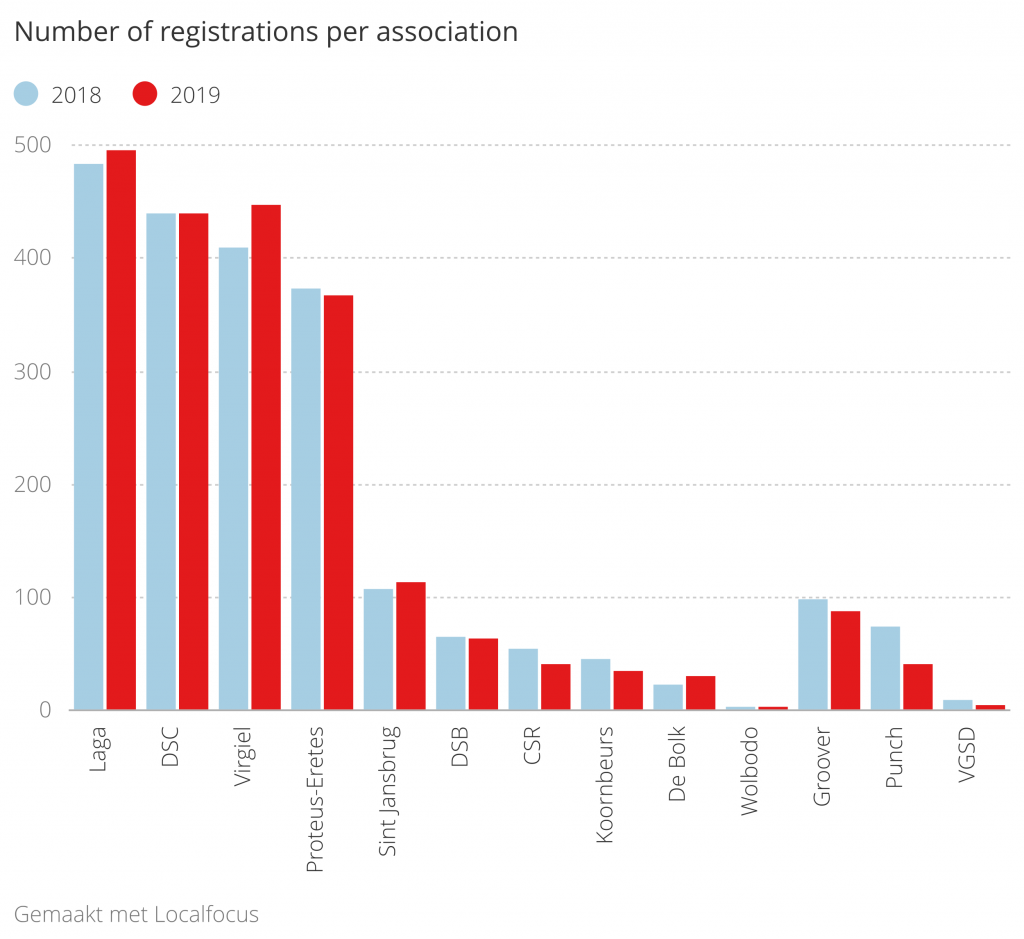 Rowing clubs drew lots
The rowing clubs too had to draw lots again. Laga, for years the most popular among students, had to disappoint almost half the aspiring members. Of the 495 students that had signed up, only 250 were drawn. They had a better chance at Proteus. This association drew a few more members this year, as it did last year: 275 of the 367 applicants.

The fifth in size, Sint Jansbrug, has continued to grow. From 107 it now has 114 new members. The remaining associations are not growing. They either attract the same number or fewer students than last year. Groover, the student jazz association, did not meet its record of new members. Only 88 students signed up this year instead of 99.