Kavli researchers have brought together two discoveries from the last century: superconductivity and semiconductors. Their ‘Josephson diode’ could speed up electronics.

Superconductivity was discovered in 1911 by Leiden physicist Heike Kamerlingh Onnes. He was awarded the Nobel Prize in 1913. In Leiden, Kamerlingh Onnes demonstrated that electrical resistance in metals such as mercury and lead could completely vanish at temperatures close to absolute zero (0 Kelvin or -273.15 degrees Celsius). His discovery was as fascinating as it was useful - MRI scanners use it to generate powerful magnetic fields.

Semiconductors were discovered in the second half of the 20th century and became the basis of modern electronics. Semiconductor materials such as silicon and germanium allowed conduction in one direction (non-reciprocal) that resulted in diodes and switched conduction (transistor) without requiring magnetic fields. This laid the foundation for the chip and computer industries.

As early as the 1970s, researchers at the American computer giant IBM had the idea of making superconducting computer chips. This would make the computers faster and limit the build-up of heat. But the only way to make superconducting electrons (which move in pairs) move in only one direction was by applying a magnetic field. But the precise control of magnetic fields at the nanoscale is extremely difficult, which meant that a combination of superconductivity and semiconductors seemed practically impossible.

Selective sandwich
Hence, the recent Nature publication by Associate Professor Mazhar Ali (Faculty of Applied Sciences) and his colleagues Dr Heng Wu and Dr Yaojia Wang causes quite a stir. ‘A new technological revolution is underway’, someone commented on Twitter. 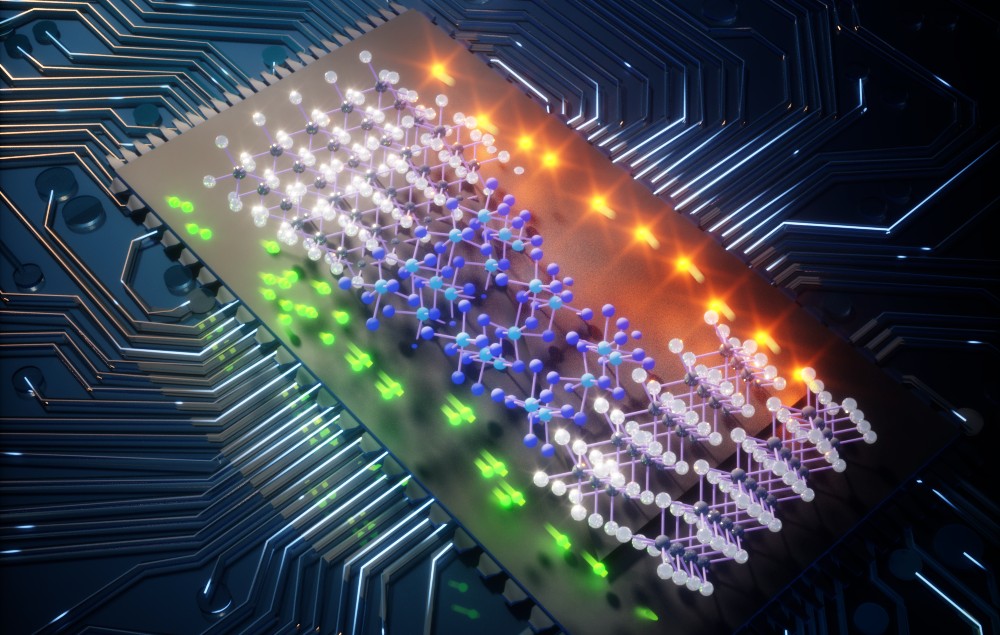 The remarkable thing is that superconductivity occurs in one direction of the circuit, but not in the other. This asymmetry is as unprecedented as it is promising. The researchers call their circuit a ‘Josephson diode’, named after the Josephson junction.

Strange phenomenon
Principal investigator Dr Mazhar Ali joined the Kavli Institute for Nanoscience (Faculty of Applied Sciences) in August last year. Before that, he studied at UC Berkeley and obtained his PhD at Princeton. He did his postdoc at IBM and won the Sofia Kovalevskaya Award from the Alexander von Humboldt Foundation in Germany. That brought him to the Max Planck Institute in Halle. There he also attracted his fellow researchers Dr Yaojia Wang and Dr Heng Wu from Nanjing University. According to Ali, they are ‘a very talented couple who support him in his exploratory 3Q research on quantum materials, quantum properties and quantum devices’.

In the autumn of 2020, it was Dr Wu who noticed something strange in conductivity measurements on quantum crystals, fabricated by co-author Tyrel McQueen (Johns Hopkins University). Contrary to his expectations, the conduction through the material was not symmetrical. "We thought that was strange, but there are 10 things that can result in artefacts like that, so one has to carefully rule them out,” says Dr Mazhar Ali, looking back. So Heng repeated the measurements again and again with a thin layer of quantum crystal between two superconductors – in a Josephson junction.

More experiments followed until it was established that the quantum device exhibited ‘non-reciprocal superconductivity’, as Ali calls it. The best-known non-reciprocal conductor is the diode - a one-way pathway for electric current. So this is what the discovery was named after: ‘Josephson diode’. The irrefutable discovery was made as early as December 2020. This was followed by many verification experiments and reviews before Nature published the article almost one and a half years later. “Extraordinary claims require extraordinary results and we were happy to rigorously prove what was going on,” Ali says.

Superconducting electronics
“It reminds me of Stuart Parkin's research in Halle,” responds Alexander Brinkman, Professor of Quantum Transport in Matter at the University of Twente. In doing so, he correctly places the origin of the research. Co-author Stuart Parkin made his name with a very fast and large spintronics-based memory. About 10 years back he invited Mazhar Ali from Princeton for a postdoc at IBM in Almaden, California.

“But this is very different,” replies Mazhar Ali. “The Josephson diode works in a way that is much more like semiconductor electronics. In addition, the diode is also very compact.”

Many share his excitement. Already 270 participants have registered for the online conference on superconducting diodes (see below). Half a dozen graduate students have applied to the Ali Lab to help develop superconducting electronics based on non-reciprocal superconductors like the Josephson diode.

The next step will be to get from a Josephson diode to something like a ‘Josephson transistor’. The semiconducting transistor is the elementary switching element of which a modern computer chip has around 10 billion on board. Further, the Ali Lab is looking for materials that allow these superconducting circuits to function at higher temperatures, preferably just above the boiling point of liquid nitrogen (77 kelvin), as well as make them easier to produce at large scale.

A new overview shows that the Dutch Tax Administration, local authorities, agencies and foundations are funding at least 263 chairs at Dutch universities.
Science