The murdered Iranian Mahsa Amini was remembered in two gatherings in Delft, one of which was on campus. Delta spoke to one of the organisers, who had also been arrested.

On Sunday, more than a hundred people gathered to remember Mahsa Amini, the 22 year old woman who was arrested by the Iranian ‘morality police’ for supposedly breaching Islamic dress codes and who died later from policy brutality.

Since Amini’s death, anti-Government protests have broken out in several cities in Iran. People are taking to the street to protest against the systematic suppression of women. The Government is dealing with the protests with violence: dozens of people have reportedly been killed in confrontations with the police and law enforcement officers.

Peaceful protest
It is a stark contrast with the remembrance on the Markt on Sunday. Encircled by candles, those present held up boards saying things like ‘Iranian Lives Matter’. “This made the remembrance feel like a peaceful protest,” says one of the organisers. The TU Delft student prefers to remain anonymous for safety reasons. She fears for her family in Iran and possible imprisonment when she returns to her homeland.

‘We want to give a voice to the Iranian women’

“I grew up in Iran and have lived with inequality since I was little,” she says. “All the schools and right through university are segregated. From the age of six, girls have to wear a hijab (a headscarf, Eds.) when they go to primary school and wear it in public from the age of nine. If a woman wears a hijab, but does not comply with the Government’s dress code, she can be arrested by the ‘morality police’.

The TU Delft student too was arrested once, “Despite being appropriately dressed and covering my hair.” Her question why she was being arrested did not get an answer. “Even the police were unable to explain it.” This event has left her seriously traumatised. “Sometimes here in the Netherlands I get a panic attack if I see a police car, even though I know I have done nothing wrong.” 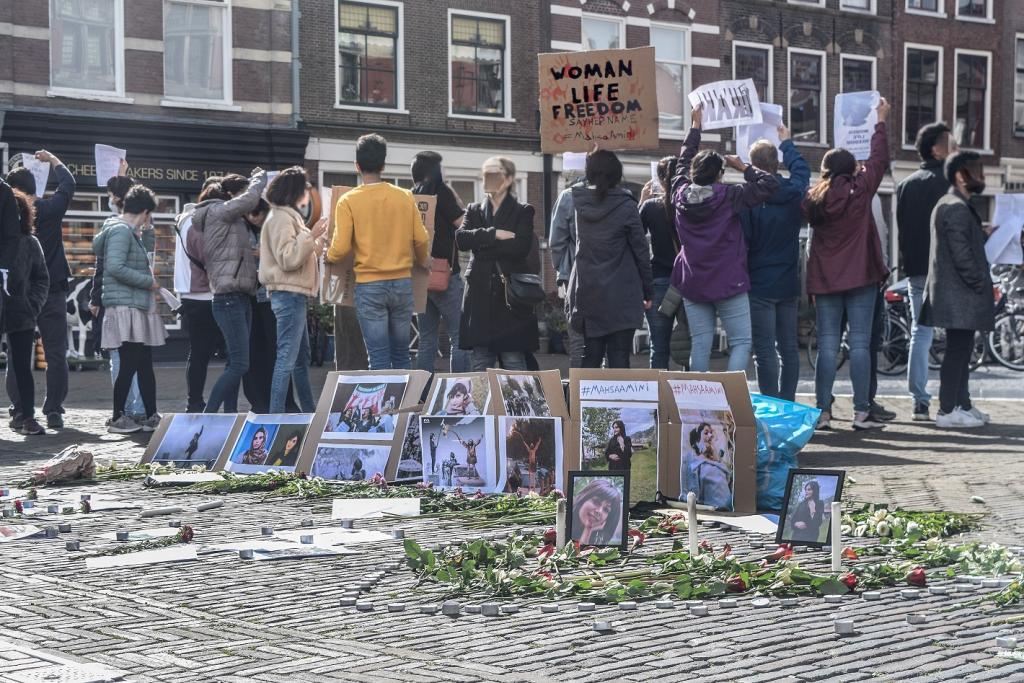 The protests in Iran are not new, she emphasises. A women’s march on 8 March – International Women’s Day – in 1979 ended up in protests against the suppression of women and making the wearing of the hijab compulsory. People held photos at the remembrance on the Markt in Delft that showed a timeline of all the protests that have been held over the years. “There were photos of iconic women like Mahsa Amini who were key in the battle for freedom,” says the TU Delft student.

Heartwarming
The students were surprised by the large turnout on Sunday. There were more than 100 people. “We know that there are students, PhD candidates and postdocs at TU Delft that support the current regime, so we assumed that not many people would come. But as the situation in Iran is worsening, I think people wanted their voices to be heard. It was heartwarming.”

Solidarity was also demonstrated by the chanting of various slogans in English such as ‘Woman! Life! Freedom!’, which is what is chanted during the protests in Iran. “What we mean by this is that all women – all people – have the right to live in peace and freedom.” Other frequently heard slogans were ‘Say her name: Mahsa Amini’ and ‘Be our voice’.

Campus
The students initially wanted to hold the event on the TU Delft campus, but they did not receive an answer to their request from various departments. “They do not believe that political or religious expression belong on campus. We ourselves believe that it is more about women’s rights and human rights in particular.”

Nevertheless, a remembrance was still held on campus on Wednesday 28 September. Students and staff lit candles to honour Mahsa Amini at Freezone D, next to the Faculty of Electrical Engineering, Mathematics and Computer Science. 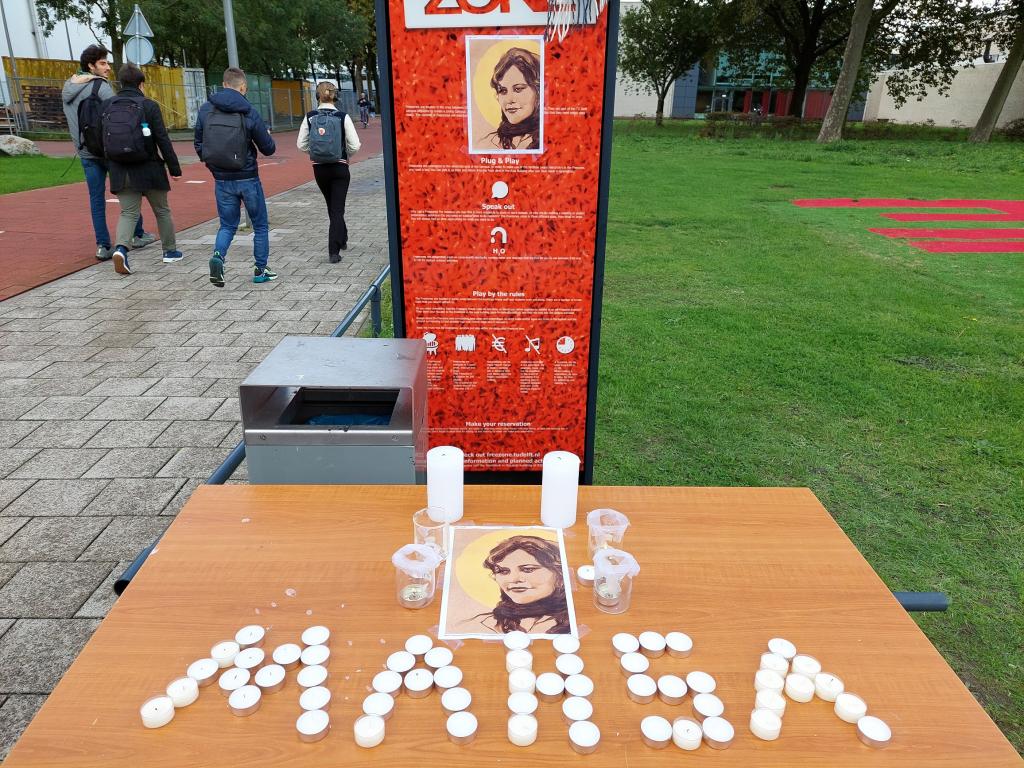 All universities in the Netherlands have their own journalism platform. A legacy of the 1960s, Ries Agterberg of Utrecht University news website DUB, points out.
Campus

No prospect of tighter controls on cash payment of tuition fees