How to stop a speeding bullet?

Ceramic armour has reduced the number of firearm casualties in war zones by some 50%. A new mathematical model shows how ceramic tiles stop bullets.

Under a coronavirus adapted protocol, Dr Erik Simons defended his PhD thesis on Monday, 16 March 2020. Only the chairman of the doctoral committee and his promoter were present. All others attended online virtually. Simons also refrained from drinks afterwards and a celebratory family dinner. Harsh times indeed.

Shielding oneself from projectiles is probably as old as humanity. Leather, wood, and metals have all been used to make shields or armour. One could argue that a weapons race is driving their development. The application of ceramics as armour dates from the 1970s when the US Army had to shield their personnel in helicopters from shots fired from the ground. Ceramic tiles were used to armour the helicopter’s floor. The number of casualties from these incidents reportedly shrank by more than 50%. ‘After the Vietnam war, the use of ceramics in armour systems continued and research has been on-going ever since’, writes Dr Erik Simons.

Simons did his PhD research at the computational materials group (TU Delft Faculty of Civil Engineering and Geosciences). He developed a material model that shows in three dimensions how ceramic armour tiles (alumina) break up within 10 microseconds after impact. Simons developed the model to improve existing software. The research was funded by TNO’s explosions, ballistics and protection group. 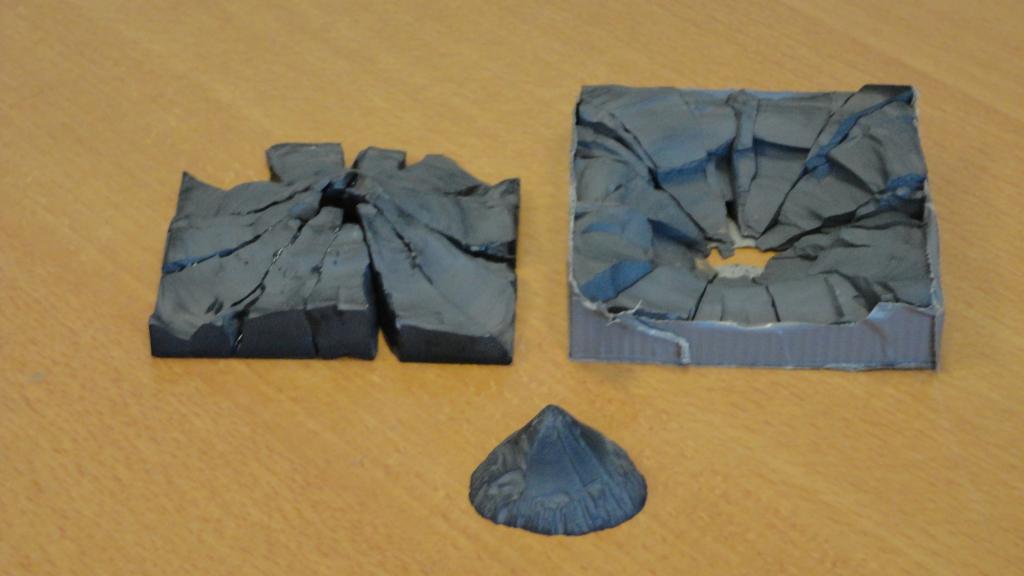 Controlled impact
So what happens if a bullet hits the ceramic armour tiles? The computation shows that a compressed cone will form directly under the point of impact - detaching from its surroundings. When the shockwave reaches the other end of the tile, about 5 microseconds later, radial cracks shoot outwards and upwards to the compressed cone. Finally lateral cracks will form, running roughly parallel to the tile’s surface.

The comparison with an experiment, in which a steel ball is fired into a alumina armour, shows exactly the same failure patterns. The ball weighs about 1 gram and hits the tile at up to 300 m/s. A fired bullet has more mass and speeds of up to 1,000 m/s. The damage pattern is the same, but the sheer amount of destruction by bullets makes it hard to establish what exactly happens upon impact. 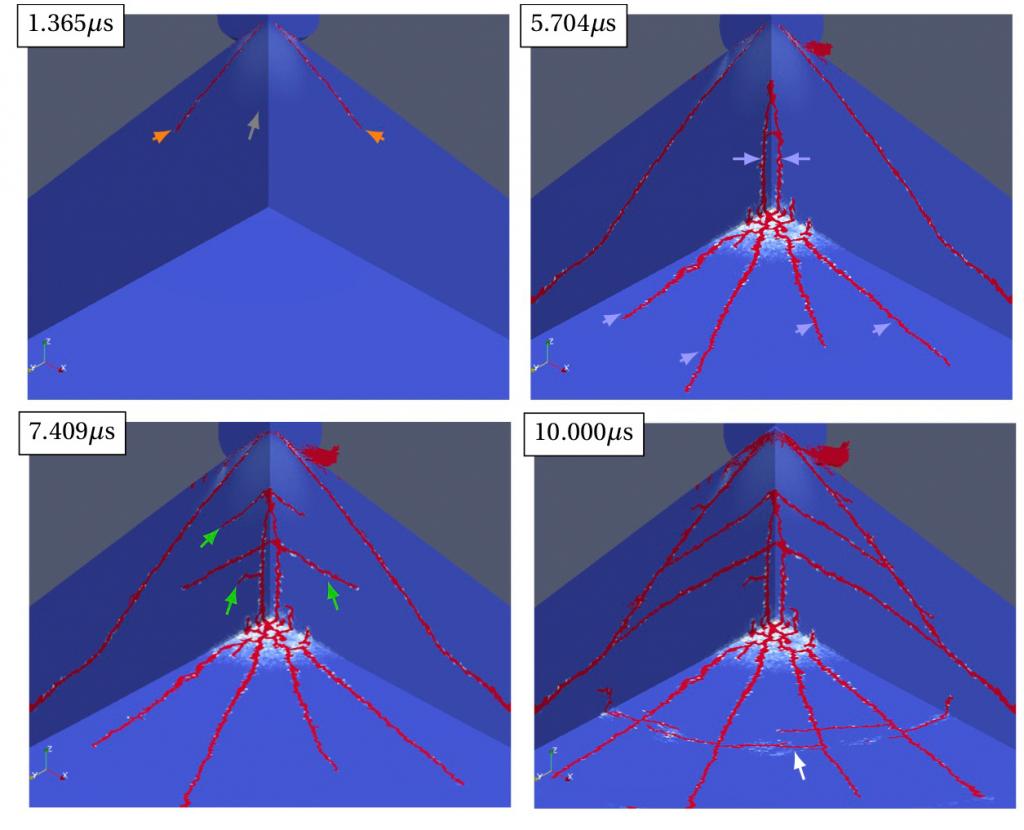 Mathematical models
“The advantage of the computer model is that it not only correctly models the damage,” says Simons, “but it also shows how and where the cracks grow over time.” Now that silicon carbide tiles are correctly modelled, researchers can vary material properties such as density, strength and stiffness, and see how these factors influence the failure mechanism. “If a successful combination is found, ceramics manufacturers will try to mimic the formula,” says Simons.

He adds that in practice ceramic is only one part of the armour. There’s usually something in front and always a metal backing to keep the fragments together. In that sense, modelling the impact on ceramic is just the beginning in the search for lighter and tougher armour.

Meanwhile, Simons has left TU Delft to work for a company called Nearfield Instruments, which manufactures measuring instruments for the semiconductor industry. A different field altogether for a civil engineer, one would think. But in developing data processing software, Simons will use the same skills as in his PhD research. And he will be doing what he likes doing: building numerical models that work.

Over 800 universities have expressed anger at the proposal to partially reverse a budget increase for the Horizon Europe research programme, which would cost them €5 billion.
Science

CDA members who voted for a new party leader will have to vote again after TPM PhD student Jordy San José Sanchez exposed a leak in the political party’s voting webpage.