How to reduce the carbon footprint of a PhD examination?

Back in 2011, no one questioned the sustainability of a doctoral ceremony. (Photo: Repository TU Delft)

‘Dear TU Delft Delta,’ wrote PhD student Jonna Bouwknegt, ‘I am going to defend my dissertation (Faculty AS, section Industrial Microbiology) in March. During the preparations, I discovered that there are many aspects to the ceremony that have an enormous – and in my opinion, unnecessary – environmental footprint. This includes flying in committee members and printing and sending out almost 200 dissertations (which will most likely be thrown away after one reading).’

She did the maths, she tells us later. There are some 2,800 PhD students working at TU Delft, so you can expect 700 PhDs a year. If each of them has one person flying in from the US or China, this would produce 25,000 tonnes of CO2 emissions annually. To compensate, 40 trees per tonne of CO2 would have to be planted. For TU Delft alone, that means one million trees a year while last year, 1.6 million trees were planted throughout the Netherlands. “People do not see their own impact, but TU Delft can make an impact,” says Bouwknegt, who advocates limiting committee member travel.

Another frequent item of waste is the stack of dissertations. About 200 of them are printed and a large number posted. Bouwknegt is realistic enough to assume that most of them are ultimately thrown away. After taking stock among the committee members and interested parties, she found that only 30 books were actually needed. Following the example of a colleague, Bouwknegt asks recipients whether they want to receive a physical book or whether a PDF file would do. She sees that this tactic is starting to gain support within her section. 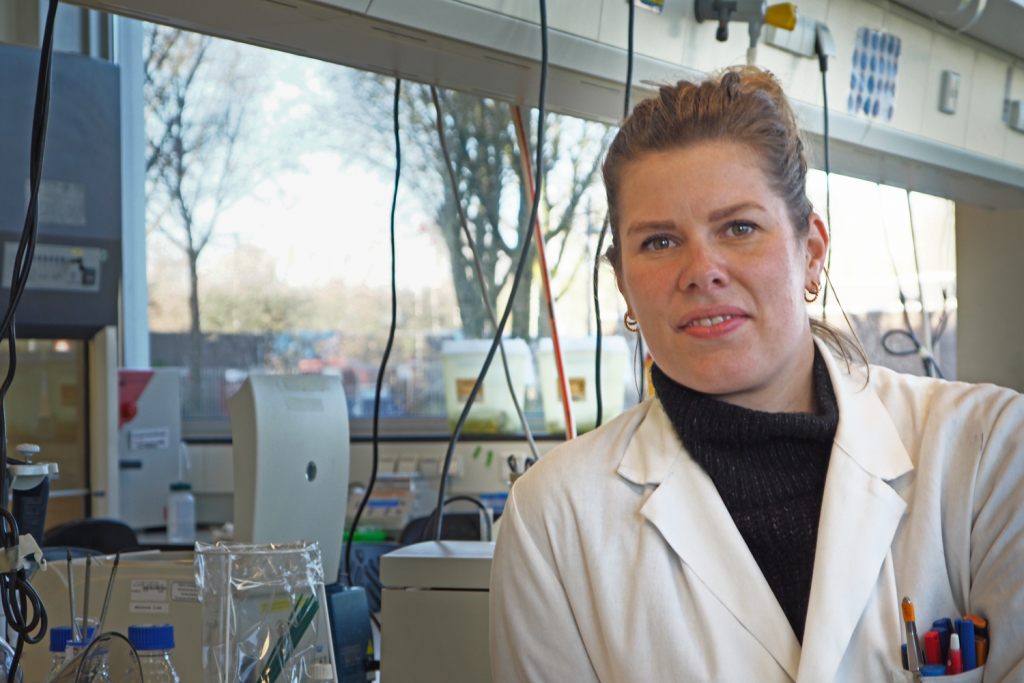 PhD student Jonna Bouwknegt is back in the lab for a moment. (Photo: Jos Wassink)

Procedures related to dissertations and PhD ceremonies at TU Delft should be thoroughly analysed for their carbon footprint and, where necessary, adjusted to improve sustainability.

Hybrid PhDs
Prof. Bart van Arem is Pro Vice Rector for Doctoral Affairs and, as Vice-Chairman of the Board for Doctorates (BfD), he represents the Rector Magnificus at TU Delft for doctoral affairs. Van Arem refers to the hybrid PhD examinations that took effect because of corona. These involved the following attendees: the doctoral candidate with two aides-de-camp, a chairman and up to three members of the doctoral committee, at least one of whom is not a supervisor. This was the set-up until the December lockdown forced them to scale down, but that aside.

Three cameras and three screens connected committee members elsewhere. “You have to take the time differences into account. If there are members in China, we plan the doctoral defence early in the morning, and for America it is late in the afternoon,” Van Arem explains. 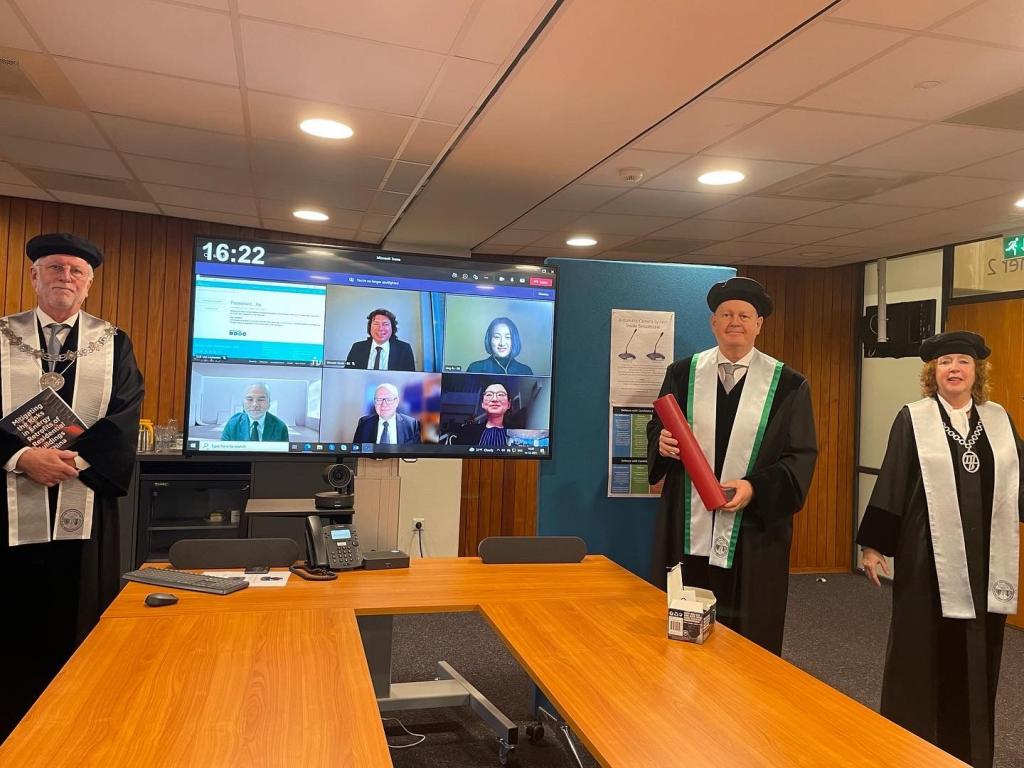 Experience with hybrid doctoral defences has led to discussions about flying in committee members. “Those days are over,” says Van Arem. “There must be more reasons to travel than just to attend a doctoral defence. There should be a meaningful stay of several weeks to justify such a trip.”

But Van Arem has noticed a flip side. The quality of the interaction between the examiners and the defence - essential for a researcher's depth or argumentation – does not shine through as much online. The body language, interaction and power are somewhat dimmer on a screen. That is why, in the situation just before the current lockdown, the BfD opted to have at least one examiner physically present.

About the printed theses, he says that "The copies that went to the Library and to Delta as a matter of course have already been replaced by PDFs. I too think that the number of printed copies can be significantly reduced, but the option for a printed copy must remain. I prefer reading from paper."

Van Arem responded cautiously to Bouwknegt’s suggestion that people should first be offered a PDF and then a printed copy as an option. “I fully support the aim of greater sustainability and we will discuss this carefully in the Board, taking into account the rules and regulations regarding doctoral defences.”

His conclusion is clear: "I would like to invite Jonna to present her ideas to the Board for Doctorates." 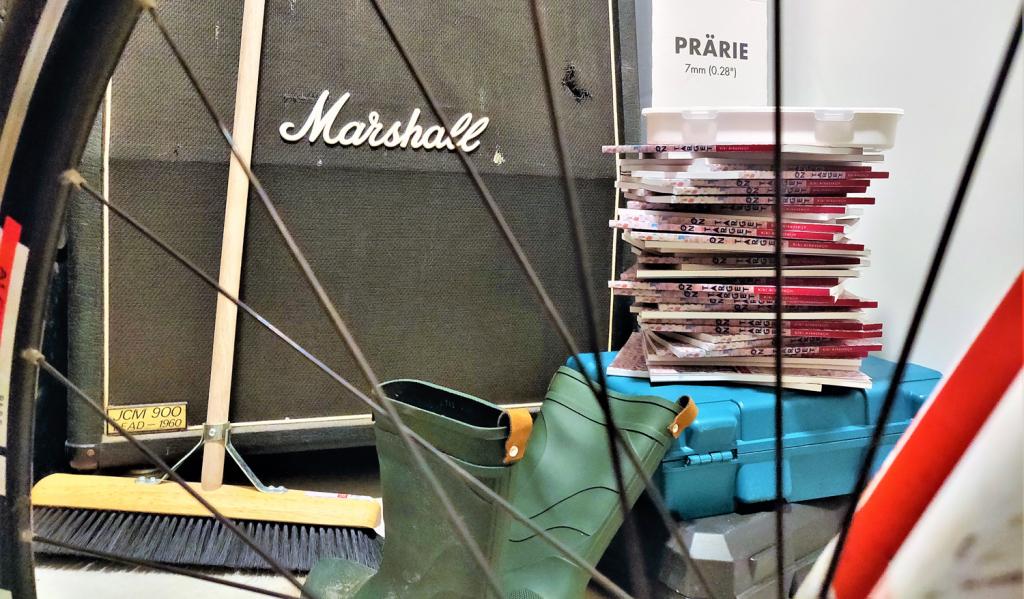 At the end of a PhD, the young doctor is often left with a pile of extra dissertations. But throwing them away is a shame, so keep them for now. Until the next move. (Photo: Marjolein van der Veldt)