How to proceed with foreign students?

Delfts international students are welcomed in August with the BASE festival in augustus. (Photo: Daniel Korvemaker)

Minister Dijkgraaf welcomes international students. But, but some study programmes – and cities – can no longer handle the influx. How to overcome these obstacles?

The number of international students at Dutch universities has risen again, according to new statistics published this week. And if the forecasts are correct, the growth is set to continue.

For certain numerus fixus programmes, international students are supplanting Dutch prospective students. Furthermore, there is a lack of housing and many students cannot find a room. So cities and universities are calling for help.

Own plan
But
Minister Dijkgraaf seems to be in no hurry. He has withdrawn a bill proposed by his predecessor (‘Language and accessibility’), even though it had almost crossed the finish line. All that was left was the vote in the Senate. The minister will not put forward his own plan until early 2023.

The universities are unhappy that they are having to wait so long before they are able to do something, but Dijkgraaf has taken an informed decision. “I can fill up the toolkit and then every farmer can patrol their own section of the dike, but that doesn’t mean that the dike will be well protected”, the minister said last June in an interview with HOP. “We need to have a national strategy when it comes to internationalisation: what do we want to achieve together? Such a strategy is lacking right now.”

Instruments
Indeed, universities want more tools to deal with the situation. They want permission to distinguish between European and non-European students so that they can restrict one group without affecting the other. Among the programmes that only want a numerus fixus for students from outside the European space, there are four from TU Delft: the English-language bachelor‘s programmes in computer science and engineering and aerospace engineering, as well as the master’s programmes in computer science, aerospace engineering and architecture.

Universities also want to distinguish between a Dutch-language track in which all Dutch speakers can go and an English-language track, for which a numerus fixus then applies. That way, you can maintain accessibility for Dutch students. Thirteen programmes currently require this. President Pieter Duisenberg of the umbrella association UNL thinks more programmes will want to use these options. 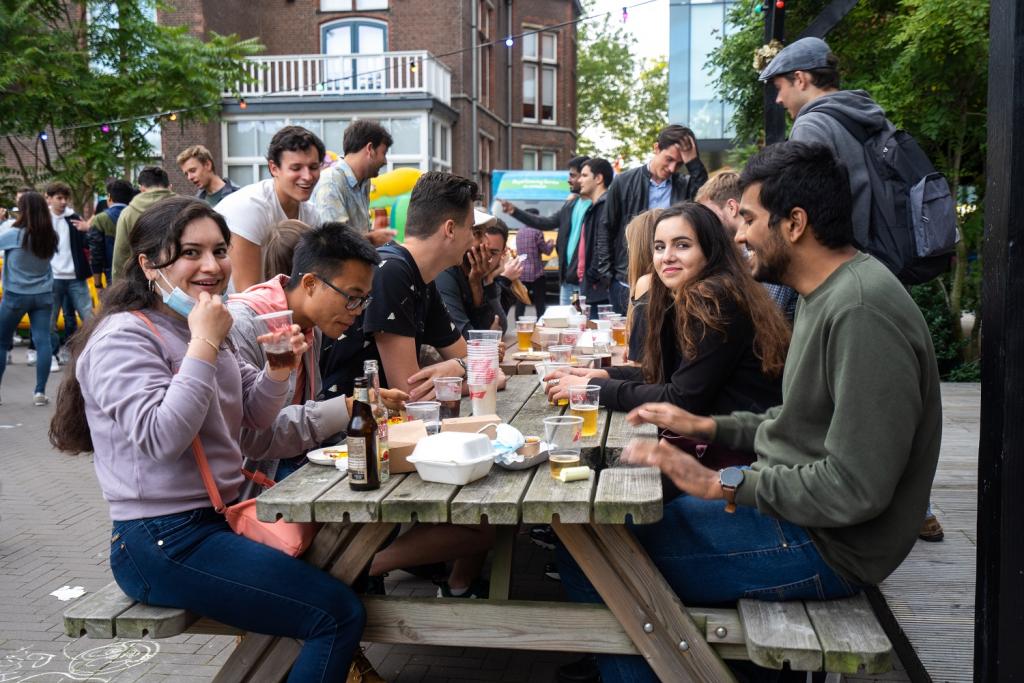 Own section of dike
But then you have the situation that Dijkgraaf wants to avoid: that everyone protects only their own section of the dike. The reasoning of the government is that there are major shortages on the labour market and that the Netherlands has need of the talents of foreign students. Moreover, shrinking regions would be delighted to welcome foreign students who give the economy a boost. So Dijkgraaf is presumably looking for his solution in another area. But which one?

A single institution
But there is another option. Dijkgraaf feels that higher education ought to operate as a single institution, so as to be able to distribute the work more effectively. You could also do that at the time of enrolment for a study programme.

If those foreign students cannot get a place in, say, Amsterdam or Delft, just send them to study programmes in other cities. That is what used to happen with the Medicine study programme, for example. The prospective doctors did not always get into their first-choice university and sometimes had to go to another city.

If Dijkgraaf wants to attract more foreign talent to the Netherlands even though certain study programmes are bursting at the seams, he will have to come up with something to distribute those students across the country. The solution could be a one-stop shop for all enrolments.

All universities in the Netherlands have their own journalism platform. A legacy of the 1960s, Ries Agterberg of Utrecht University news website DUB, points out.
Campus

No prospect of tighter controls on cash payment of tuition fees