How a guest lecturer enhances education

Many former students return to TU Delft later in their careers as guest lecturers. Two of them talk about their experiences. 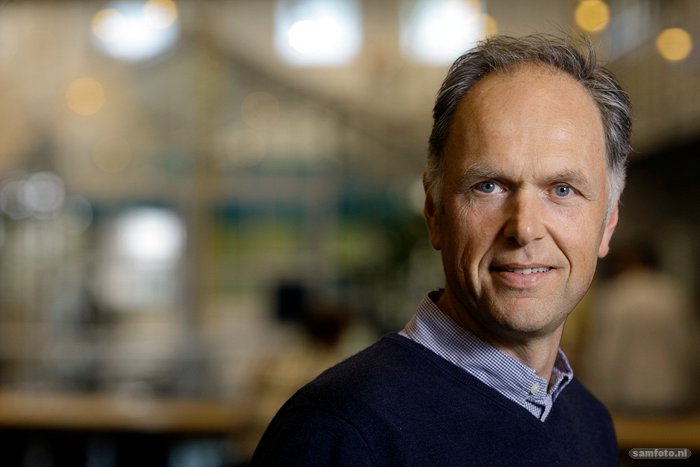 Anton Paardekooper is managing director and founder of the start-up BBBLS. He graduated in Mechanical Engineering in 1992 and has been a guest lecturer at 3mE (Mechanical, Maritime & Materials Engineering) for six years. (Photo: Sam Rentmeester)

In the course of six years, Anton Paardekooper has seen groups of first-year mechanical engineering students every week. He graduated on the same programme in 3mE himself in 1992, is an entrepreneur and has a start-up specialising in energy-saving greenhouses with incubator Yes!Delft. Paardekooper is a guest lecturer in first-year design classes, the source of some amazing mechanical products every year: climbing delivery dogs, coffee cup grabbers or walking beer crates.

“One afternoon a week, I see groups of seven or eight students every half hour. Having prepared myself on the details of their designs, I give them feedback so they can progress. It’s intensive, but very energising”, he said.

Paardekooper became a guest lecturer when he heard there was a shortage of lecturers for projects in 3mE. Every year, hundreds of first-year students in the faculty have to do a design project. After two smaller group assignments in the first six months, this culminates in a media event where students show their designs to the public and their lecturers.

As an alumnus, he helps students by teaching them to be critical about their own designs and to plan effectively. “An important learning objective involves confronting students with the feasibility of their own plans. We help them to realise that it can often be much simpler.” In his start-up, things actually work in a similar way, explains Paardekooper. “There are so many similarities, but it always involves coming up with ideas that you were not previously aware of.”

Paardekooper acquired the teaching skills needed to convey these insights to students during his career in industry and later as an entrepreneur. “I’ve always had graduates and young people around me. They challenge you to find things out with the help of the laws of nature. The students are incredibly intelligent. They have an open attitude, take criticism seriously and achieve some surprising results. It’s great to watch how they develop.”

What changes have there been in the faculty where Paardekooper studied 30 years ago? “There’s such an upbeat atmosphere in the faculty and whole university: so many more students, more contact and support. I’m totally jealous of today’s first-year students.” 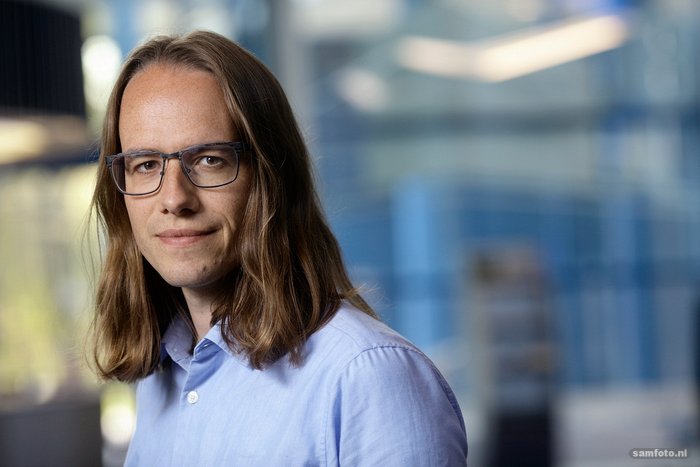 Niels van der Pas is a thermal engineer at Airbus Defence and Space Netherlands B.V.. He graduated in Space Systems Engineering five years ago and has been a guest lecturer in Aerospace Engineering for two years.

So, how did Niels van der Pas acquire his teaching skills? A thermal engineer at Leiden-based Airbus DS NL, he has been a guest lecturer in Aerospace Engineering for two years, returning to the faculty where he graduated five years ago. He’s never had training as a teacher, but has no doubt why he finds it easy to face a group of students: “The Bachelor's course in presentation skills proved really helpful. I would actually like to thank to TU Delft for that.”

Van der Pas teaches the satellite thermal control course to Master's students of Space Systems Engineering. The group of 20 to 30 students gets seven lectures from him, a workshop at Airbus and various assignments. “We teach them the basics. This equips them with the ability to do a thermic analysis at a conceptual level, which is enough to start out in the industry. They’ll soon pick up the other details there.”

‘We have plenty of research projects for students’

He took over the role of guest lecturer from an Airbus colleague. The course was developed a decade ago, when the aerospace company needed thermal engineers, but TU Delft and other local universities lacked the specific knowledge in-house. This TU Delft alumnus aims to use the course to show students what you can do with the knowledge he can offer them. “A guest lecturer opens up the practical side of the field for students. A visit to our cleanrooms, where solar panels and launch structures are assembled and tested, and the hardware I bring into lectures, immediately make the theory more concrete.”

The guest lecturer system has more advantages, believes Van der Pas. It ensures there is continued contact with the degree programme that delivers many future colleagues, making it easier to find interns. “In my teaching, I get a good sense of which students would fit in well with us. That’s a good thing, because we have plenty of research projects for students to get their teeth into.”

But that’s not all. Van der Pas believes students also help you to stay alert and open. “The questions students ask make you reassess your own assumptions and the way you work. That keeps me on my toes.”

This article appeared in the October issue of Delft Outlook, the TU Delft alumni and science magazine, which is also produced by the editors of Delta.

Universities in particular are pleased with the extra available funding for higher education. Universities of applied sciences and activists do have some concerns.