Left the previous version, right the Forze IX under construction at the Kabelfabriek. (Photo: Jos Wassink)

In the Kabelfabriek along the Schieweg, 30 students are working on a unique project: a serious racing car that runs on hydrogen. "This is the future of motor sports."

“This car is designed to break records,” said team manager Coen Tonnaer at the 18 January 2022 presentation. "It is going to be a trailblazer in the hydrogen revolution."

Two days after the presentation in Scheveningen, the racer is back in the workshop on the Schieweg. "There are only two hydrogen-powered racing cars in the world, and they are both here," says PR man Roel Breure. Forze’s history began in 2007. The cars were green for a long time, then pink and now light blue with red accents, depending on the main sponsor. Every year improvements and adjustments were made until in 2019 the decision was taken to start from scratch. 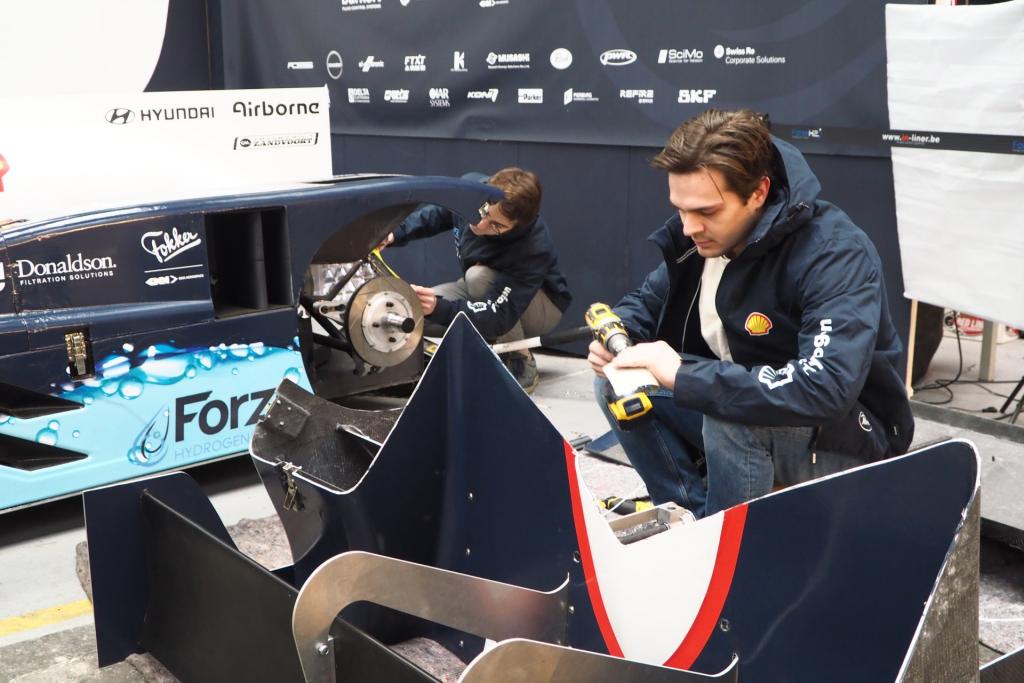 “Technology has advanced so much,” Breure explains, “that parts have now become smaller. So we can now contain twice as much power in the same space.” The new car will have four tanks with two kilograms of hydrogen each. That should be enough for a one-hour race. The car will have four-wheel drive with energy recovery during braking. The fuel cells will provide 240 kilowatts of continuous power. The peak power, thanks to a case full of supercaps, is 600 kilowatts (800 hp). That should be enough to propel the 1,600 kilogram car from standstill to 100 kilometres per hour in only three seconds. The top speed is calculated to be 300 km/hour. The aim is to race against the top production cars in the Super GT class. 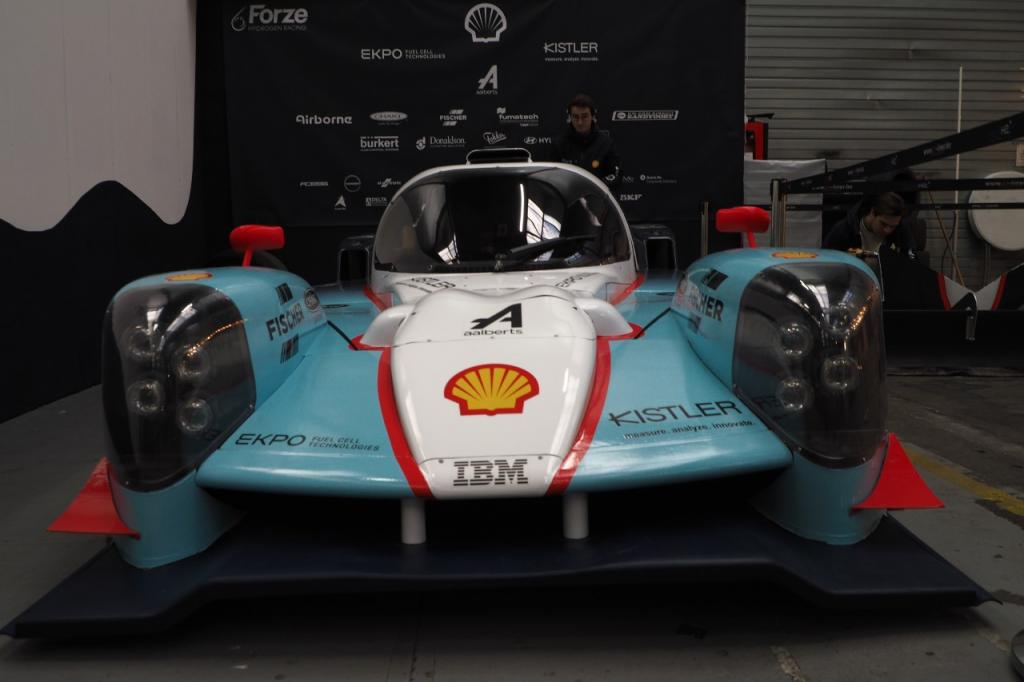 The streamlined shape helps keep the car on the road at high speed. (Photo: Jos Wasssink)

That’s still all to come. The streamlined exterior is there, but the technology still has to arrive from all the suppliers. For the fuel cell alone, about five subsystems are needed to feed the hydrogen properly, and the same goes for the flow of sufficient air of the right temperature and humidity to the fuel cell. Breure explains that “We are gradually receiving the components now. We are going to assemble them and test them outside the car. Only if they work well will they be installed in the car.”

The care for the fuel cell, which should not become any hotter than 80 degrees Celsius, determines much of the design. For example, the team calculated that at full power the car needs 190 cubic metres of air per minute for cooling. This is the equivalent of a small-sized air balloon in two minutes. No fewer than five cooling systems will ensure this. 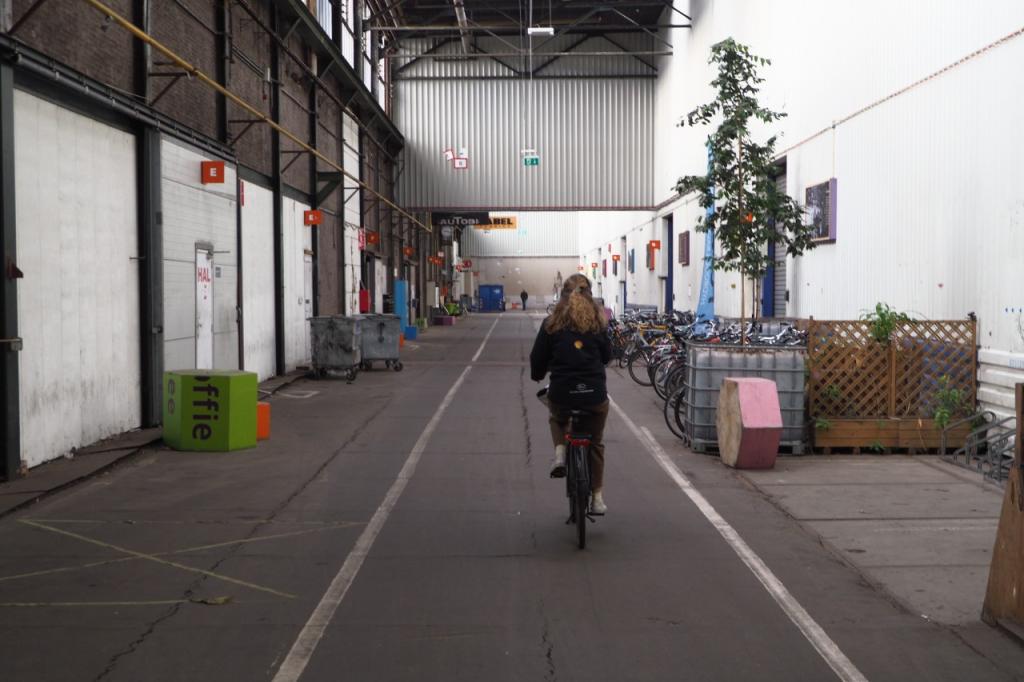 In the long corridors of the cable factory, there are numerous student teams and start-ups. (Photo: Jos Wassink)

In the past, the Forze team was one of TU Delft's recognised Dream Teams, with a workshop in the Dream Hall. They have lost their status as a Dream Team, but that does not stop them from making progress. In the Kabelfabriek, they have more space and are located next to the Formula Student team that is also building an electric car (on batteries).

Forze is entirely funded by 120 sponsors who supply knowledge, components and money. In exchange, they can profile themselves with a sustainable project (hydrogen racing), meet passionate technical students and test their prototypes in a racing environment. "Where else can you test your equipment at full power between a red-hot electric engine and an ice-covered hydrogen tank?" Breure asks rhetorically.

While Formula 1 races used to be the benchmark for the car industry, Forze IX now seems to be playing that role in the development of the hydrogen car. The latest hydrogen racer is expected to be ready to face the petrol super cars in 2023.

Presentation of the Forze IX in Scheveningen.